Posted on December 22, 2011 by edmooneyphotography

Right, I have finaly managed to move my blog accross, just in time for Christmas. Next year I hope to get to visit more of these fascinating sites which can be found scattered around the Irish countryside, (some are more easily found than others). So here it is, the final instalment of my recent excursions in and around the Laois area.

Aghaboe Abbey with its history of plundering, burning and rebuilding, was founded in the sixth century by St. Canice. The original Abbey served as a centre of learning, commerce and agriculture. It was plundered by the Vikings in 913 and rebuilt in 1052 with relics of St Canice enshrined. It was again burned in 1116 and built in 1189. During this period it served as an Augustinian priory and was the cathedral church of the diocese of Ossory, to which the High Crosses of Ahenny and Kilkieran are attributed. 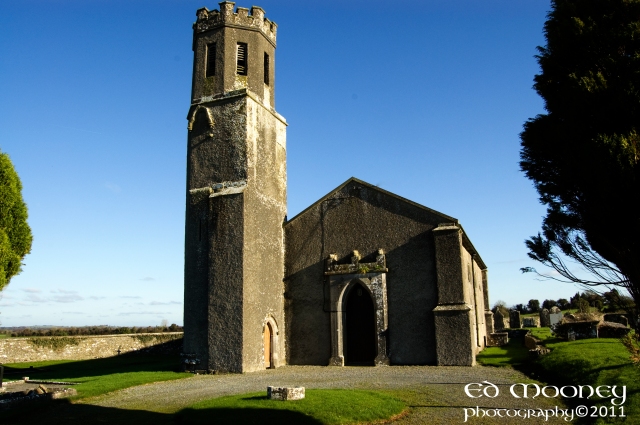 The astronomer St. Virgilius, also known as St. Feargal, was its abbot in the 700s before he left Ireland, going on to become Bishop of Salzburg. After the original monastery burned in 1234, it was rebuilt as an Augustinian priory. Today a Church of Ireland, which dates from the 1700s, stands where that priory once stood. This church appears to contain some fragments of the Augustinians’ buildings. On the east side of the doorway, visitors can see a carved limestone head that dates from the Middle Ages. 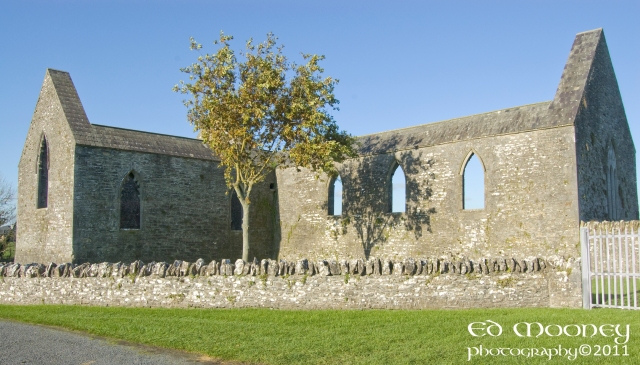 The small belltower at the northwest corner of the church has the same proportions as one from the 1200s.The fine ruins on this site belong to a Dominican friary founded in 1382 by Finghan MacGillapatrick, Lord of Ossory. The church, which was conserved by the local community, contains a beautifully carved three-light window in the east wall.

Monks would have entered through the doorway in the north wall, which led from the cloister. The doorway in the west wall, through which the public would have entered the church, dates from the Middle Ages. Near Aghaboe Abbey the tree-covered remains of a Norman motte can be seen. The Normans would have built a wooden tower on top of this steep-sided mound of earth, where they could store their arms and from which they could keep a lookout for potential attackers. 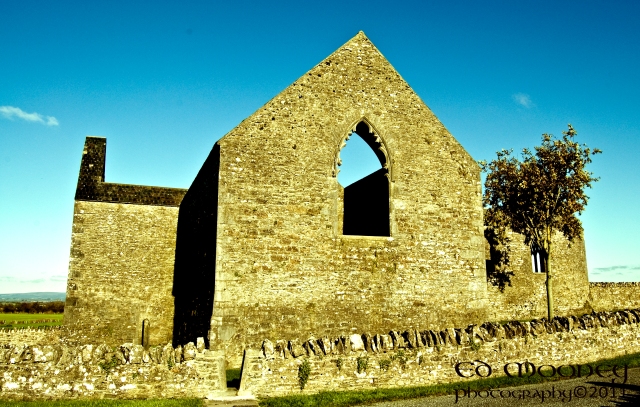