Posted on August 3, 2012 by edmooneyphotography

Saturday afternoon it was the Turn of our very own local Re-enactment group ‘Lord Edward’s Own’, to take over part of the main street for a period piece from the civil war in Ireland between the Free-State Army and the IRA’s local anti-treaty forces. 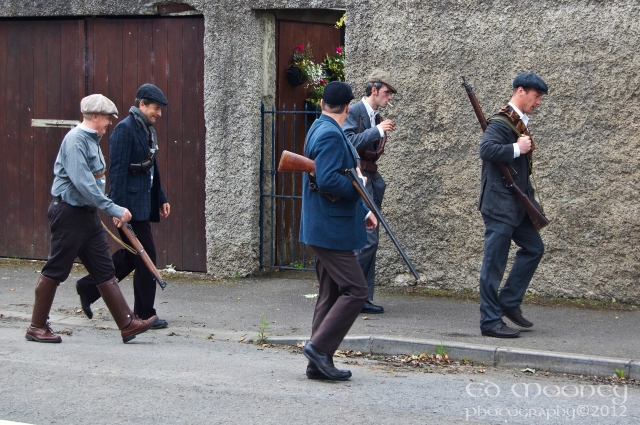 With the good weather holding out we were guaranteed some casualties. After a brief attempted truce negotiation and a small scuffle the bullets begun to fly, I just love the smell of black powder in the air. I guess it reminds me of the days when i was envolved in medeivel re-enactments myself. 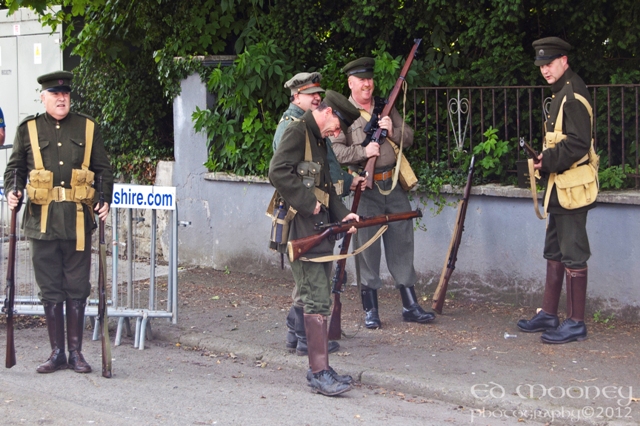 The superior armed free-state army immediately took the upper hand, and even though the local anti-treaty forces were given numerous opportunity to lay down their arms, which resulted in summary arrests and on the spot executions. Well done to Lord Edward’s Own for yet another fantastic street performance. 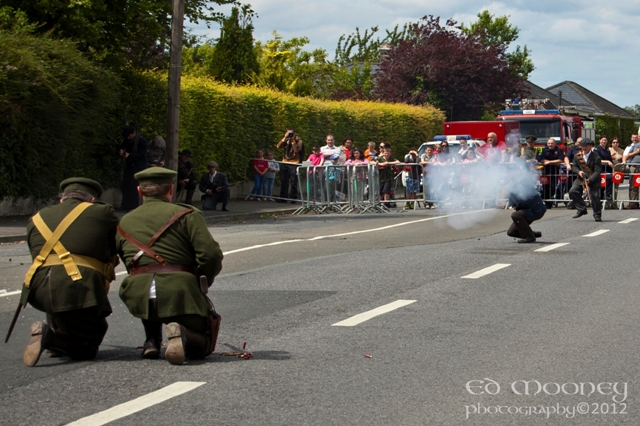 Photographer, Blogger, Ruinhunter, with an unhealthy obsession for history, mythology and the arcane.
View all posts by edmooneyphotography →
This entry was posted in Events, Historical, People, Photography, Street Photography and tagged festival, Irish Civil War, Lord Edwards Own, Monasterevin, Re-enactment, Venice of Ireland. Bookmark the permalink.