Posted on August 13, 2012 by edmooneyphotography 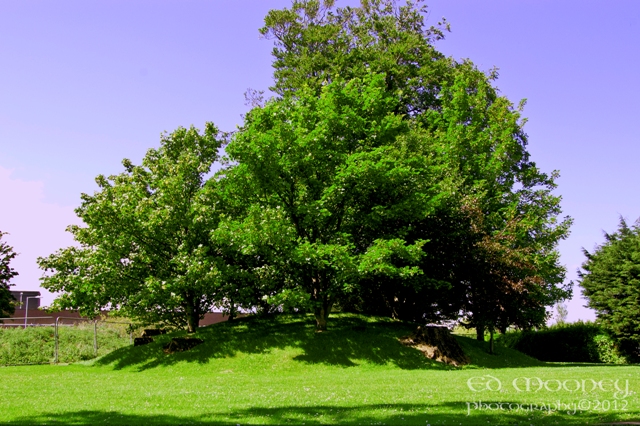 The burial mound found in the Dublin suburb of  Coolock lies on the grounds of an old estate which was once known as Moatfield. The manor style house which once stood here got its name from a small artificial hill called a mound or moat in the area. Moatfield House had been built by an English architect called James Lever. It was later owned by Michael Staunton who was Lord Mayor of Dublin in 1847. At that time one of the best known visitors to the house was Daniel O’Connell, the famous politician. The house is not there any more, but the mound still is. The mound the last surviving one of its kind in the area, was a bronze age burial mound and is believed to date back to 1500 B.C.. When John Dalton was writing his History of Dublin there were several of these burial mounds or moats near the old village of Coolock. These other mounds which are sadly no longer in existence, were located in Clonshaugh, Darndale and Bonnybrook. 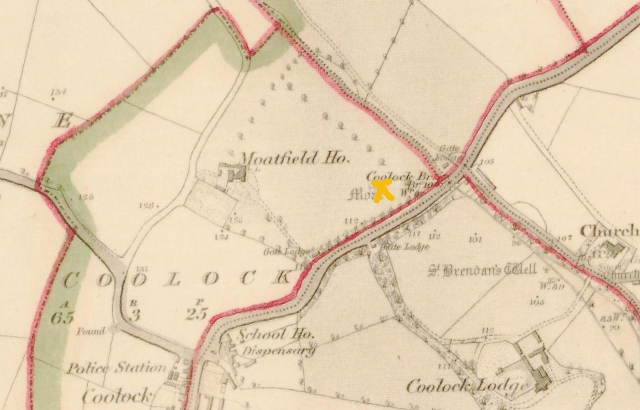 Archaeologists believe that the mound was used for burying the dead about 3,000 years ago during the Bronze Age when people made tools and weapons from bronze. There was another mound near Coláiste Dhúlaigh and when this was dug up some skeletons were found underneath! When the old Cadbury chocolate factory was being built on the Moatfield estate, the builders had to be careful not to get too close to the mound in case they damaged it. The site is currently protected by the National Monuments Service. 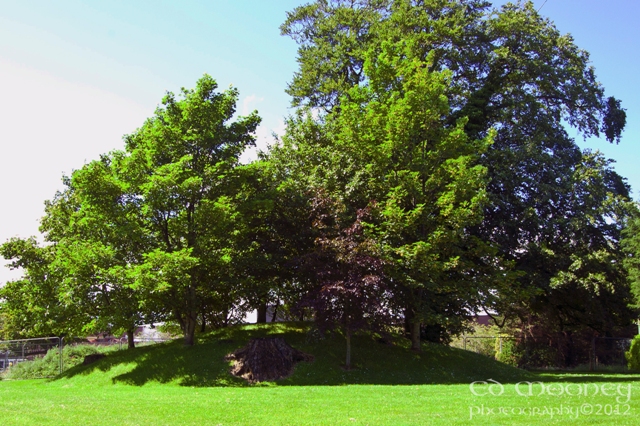 This burial mound on the grounds of the old Cadbury’s site is probably the earliest remaining evidence of prehistoric activity in the Coolock area. Now there are various local superstitions attached to the mound, I know for a fact that an old security guard dog was buried on the mound when he passed away. Some locals refer to it as the faery mound, others claim that a man who had been rumored to have dug the hill either broke his leg or suddenly disappeared, depending on who is retelling the story. Personally I’m just glad that it has survived this long, unfortunately far too many heritage sites have been interfered with or worse still destroyed.

Photographer, Blogger, Ruinhunter, with an unhealthy obsession for history, mythology and the arcane.
View all posts by edmooneyphotography →
This entry was posted in Historical, Landscape, Nature, Photography, Places of Interest and tagged 1500BC, Bronze age, Burial mound, Cadbury, Coolock, Moatfield Estate. Bookmark the permalink.