Posted on August 17, 2012 by edmooneyphotography

With cabin fever setting in we decided to venture out despite the weather and head into Waterford city for some exploring. We arrived at the ferry to Little Island, the home of Waterford Castle during another torrential downpour. Waterford Castle which has now been converted into a Hotel and Golf Club is situated on its own private 310 acre island. 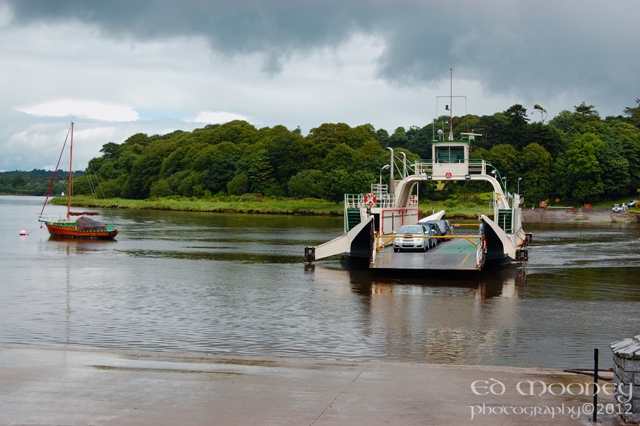 Access to the island is via a chain linked private car ferry, which operates across Kings Channel between Ballinakill and the island’s west side. The ferry seems to run every 10minutes. The island was about fifteen minutes drive from our base in Faithlegg and is within a short drive from Waterford City Centre. Once you reach the island a lovely winding tree-lined driveway leads you up to the grounds of the castle. It was here that over a thousand years ago the first inhabitants cut out a rough track to secure their settlement. The current 16th century castle is completely obscured by trees until you reach the end of the driveway where the castle majestically appears from behind the tree line.

Once inside the Great Entrance Hall, guests are greeted by original Oak paneled walls, Portland stonewalls tapestries and a huge open log fire. Although the Island dates back to the 11th century were it was once home to the FitzGerald Family. According to tradition a Monastic settlement existed on the island sometime between the sixth and eighth centuries, and two “finds” on the land have lent substance to this: A Winged Angel dating from the 8th century and the crude carving of a Monk’s head, dating from the 6th century. (The latter is now prominently displayed over the main entrance to the current castle.) 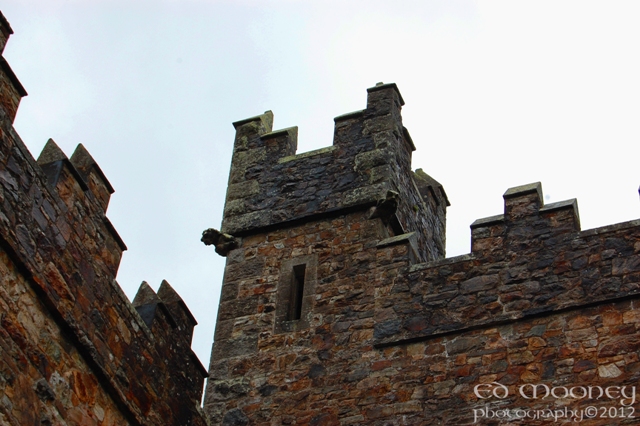 The Island’s seclusion was attractive to the Monks, however due to its strategic importance they came under frequent attack and were forced to move to safer quarters. During the Viking era, sometime between the 9th and 11th centuries, the island was referred to as Dane’s Island or Island Vryk. The Vikings built two fortifications guarding the river at the north and the south. There is however no trace left of these forts. Moving on to the Norman invasion of 1170AD, the first family to live on the Island were the FitzGerald Family, who were awarded the land for their part in the Norman invasion. They were also relations of Strongbow, the leader of the Norman conquest. During the 15th and 16th centuries the FitzGeralds were Kings of Ireland in all but name and hosted many feasts and banquets on the island.

The first structure built by the Fitzgeralds was a Norman Keep; a tower like stone structure with thick walls, narrow slit windows and a lead roof. At that time the Keep would have been the core of any defense in battle and would have been virtually impregnable. By the 15th century, the ruins of the keep were no longer habitable. A tower, the centre part of the present Castle, was then constructed on the site of the old keep. Initially it was relatively small in size but over the years was gradually expanded, firstly in 1849 by John Fitzgerald and subsequently in 1875 and 1895 when the east and west wings were added. Built entirely out of stone, these additions are now almost indistinguishable from the older structure.Up until the present century the castle retained its original arrow slit windows, giving a fortress like exterior and a rather dark uncomfortable interior.

It was during the last stage of expansion that the farm buildings and stable yard were completed developing the island to support an entire community. Another feature added to the Castle during the centuries was the rooftop gargoyles. Brought here from Castle Irwell in Manchester, which belonged to a female ancestor, they are of great antiquity and interest.

The island and the castle remained in the FitzGerald name for almost eight centuries, until 1958, when the Igoe family bought the property and installed a 5-acre (20,000 m2) complex of glass houses from which they produced fruits and flowers. The chain link ferry between the island and the mainland was installed around this time. From 1973 to 1974, the island served as one of the shooting locations for Stanley Kubrick’s film Barry Lyndon. 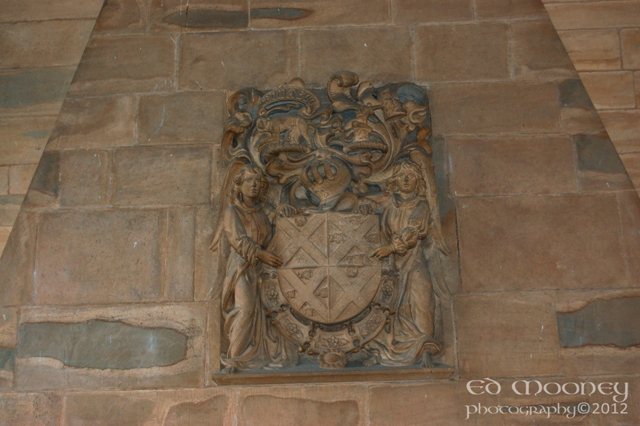 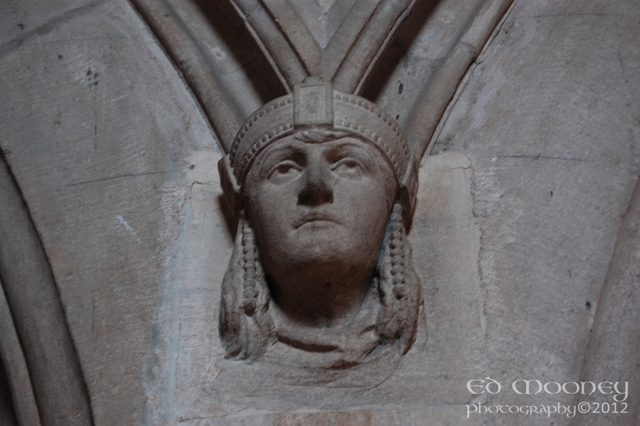 Michael Farren from Dublin, a horticultural engineer, renovated and developed the Island from 1974 to 1982. In 1982, the island was rented to a local pedigree dairy farmer, who later bought it. The castle became a luxury hotel in 1988 and the island became its grounds. Much of the land has since been converted into a golf course. Its strategic location, in a pivotal position near Waterford City and its important post, brought it historical fame and caused it to play a major role in the history of the region.

Photographer, Blogger, Ruinhunter, with an unhealthy obsession for history, mythology and the arcane.
View all posts by edmooneyphotography →
This entry was posted in Historical, Landscape, Places of Interest and tagged Ferry, Hotel, Island, Norman Keep, Viking, Waterford Castle. Bookmark the permalink.