Posted on September 10, 2012 by edmooneyphotography 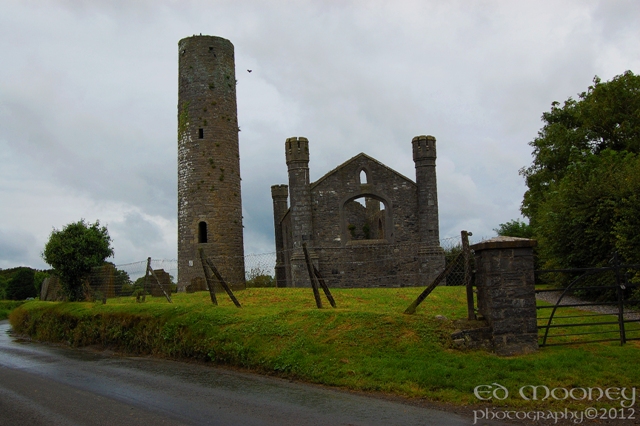 The early monastery at Taghadoe may have been founded by St Tua, also known as Ultan the Silent, who was attached to the nearby monastery of Clane. Little is known of its history except that one of its abbots, Folachtach of Tech-Tua, died in 770. He had also been an abbot at Clonmacnois. Whilst the site dates back to the 6th Century, the Round Tower which was used for about 1000 years but was left in ruins by the 17th Century. The only remnant of this early monastery is the Round Tower. The Taghadoe Tower is about 20m tall and was built mainly of rough coursed limestone.  Some of the information about the great history and archaeology of this great site comes from the guys at Abarta Heritage. Please take a moment and check out the link at the end of this post where you can hear the story for yourself with their free audio guides. 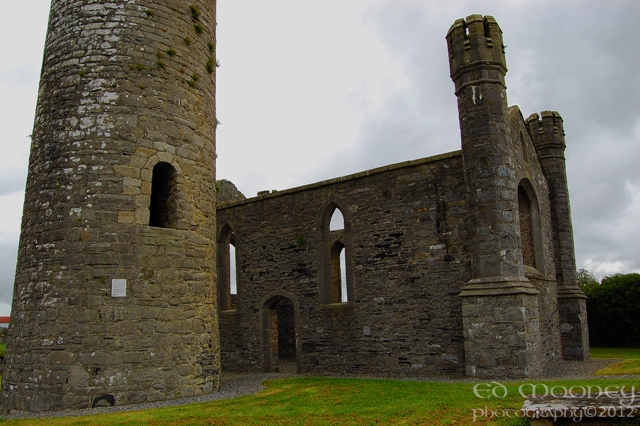 The round-headed doorway faces SSE and is about 3.5m above ground level. It is built mainly of granite blocks except for the right jamb and the sill which appear to be limestone. It has a plain raised moulding, 15cm wide, in the granite portions and the sill. There are three windows, all with square heads and inclined jambs. One of these is above the doorway about three floor levels high.  Ancient lore tells that Round Towers were places of refuge for people and treasures when the monasteries were attacked.  That the entrance door is nearly 4 meters up, and somewhat defensible, which supports this view.  However, modern historians seem to believe that they were merely bell-towers and those stories of safe refuge are only folklore.

There are the remains of about 100 Round Towers in Ireland. The Ruins of a church built back in 1831 and a graveyard surround the Taghadoe Tower.  With most of the burials dated from  the 17th and 18th century. The church has four distinctive octagonal turrets, one at each corner. This church is believed to have been abandoned some forty years later, which would explain the unusually small graveyard.  During the lifetime of the church the base of the Round Tower was believed to have been used as a coal store and a doorway was inserted at the base of the wall. This was built up when the tower became a National Monument in 1886.

This site at Taghadoe is now in the care of the Office of Public Works, with some visible restoration work on both the church and the tower. Steel support bars have been inserted on both the front and rear walls of the church with some masonry work on the Romanesque style windows However, the conical cap, which would have been typical of such a tower is missing and has not been replaced.  The tower would originally have had several floors, linked by ladders, similar to the one at St. Brigid’s Cathedral in Kildare Town which is opened to the public at certain times of the year. 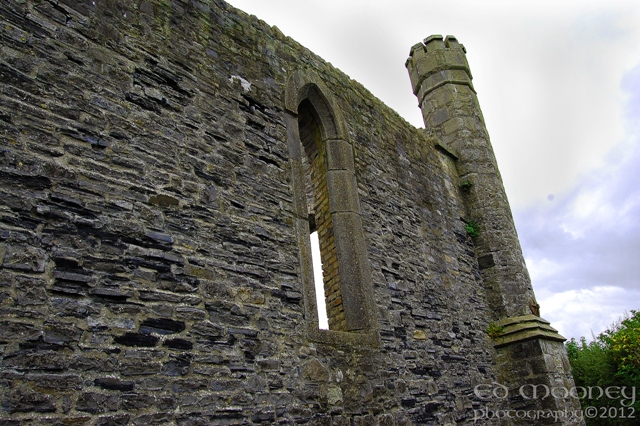 Photographer, Blogger, Ruinhunter, with an unhealthy obsession for history, mythology and the arcane.
View all posts by edmooneyphotography →
This entry was posted in Historical, Photography, Places of Interest and tagged 6th Century, church, Graveyard, Kildare, round Tower, Taghadoe, Turretts, Ultan the silent. Bookmark the permalink.

11 Responses to Taghadoe Round Tower