Posted on January 10, 2013 by edmooneyphotography 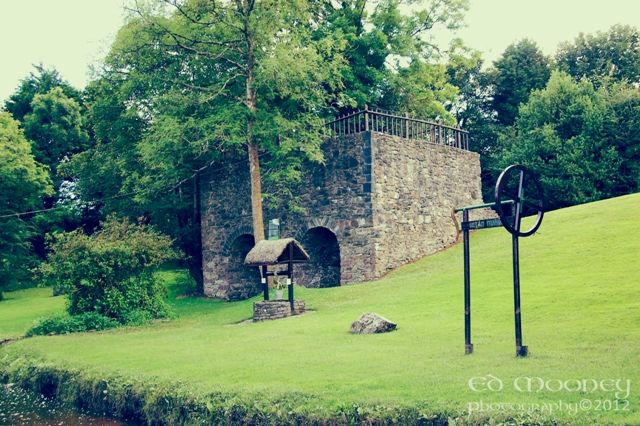 OK now for something a little bit different, on a trip to Waterford last year we stopped of at Jack Meades Pub near Cheek-point for some afternoon refreshments. Now the pub itself which originally dates back to 1705 did not interest me, it was what lay on the 5 acre grounds to the rear that really captured my attention. Here you crossed the stream to a wonderfully developed landscape on which stood a fully restored Lime-kiln  an Old Well and an old Ice House. Now these structures are not what you would normally come to expect on this blog even though they are quite old, I decided to include them as the are so unusual in the fact that I have yet to come across ones in such good state.

The Lime-kilns date back to the late 18th or early 19th century and were probably built by the local landlord, Cornelius Bolton of Faithlegg whom is said to have introduced new farming methods on his estate. The Limestone used was quarried in Co. Kilkenny and transported over the river Suir and up the pill by boat. From the dock it would have been carted up to the Kiln and tipped in, each layer of Limestone was followed by a layer of firewood until the kiln was full. A fire was then lit in the arched recess and was kept burning for several days by which time the firewood had all been consumed and the limestone had dissolved into powder. This would then have been poured out through a trapdoor at the bottom of the Kiln and carted away.

Burned Limestone had many uses, mixed with milk or bullocks blood and hair it formed a strong mortar for building purposes. Or when mixed with water it formed a whitewash which was brushed onto the walls of houses to keep the dry and bright. It  was also used to enrich the soil. The Well once used to supply drinking water is now a wishing well. 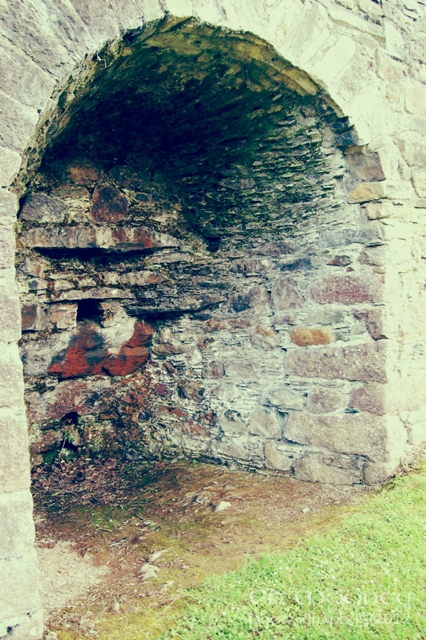 Finally the Ice house also dates back to the 18th and early 19th century’s and they were commonly built by the owners of large estates to store ice for the preservation of meat and fish. The ice would have been transported from Norway and stored in the ice house which is basically a large round pit lined with stone or brick and roofed with thatch or sods of earth. Whilst this ice house was built of stone and thatch, it is unusual in the fact that it is situated quite far from any known great house. Perhaps it was built for the local gentry who would have fished the local waters to store their catch. The only known documentation discovered so far confirms that the ice house was leased in 1853 to a J. Crawford for the sum of two pounds per year. The striking thing about this Ice House is the fact that it was not built entirely underground, but has been built into the side of a hill, which I presume was to increase insulation. The exposed wall was built in two layers with a cavity in between. 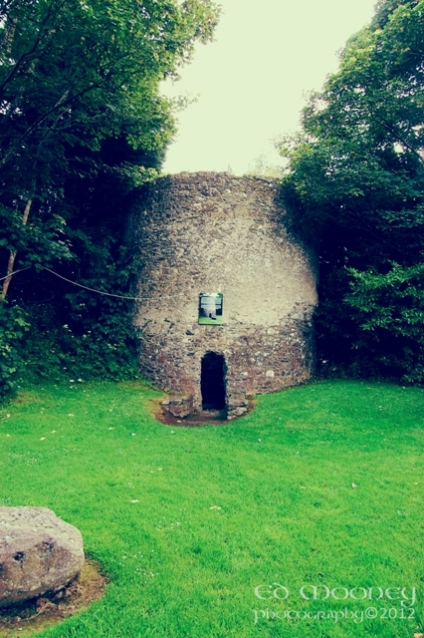 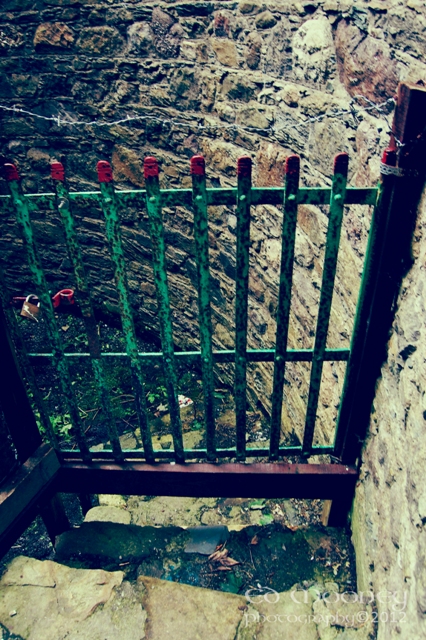