Posted on January 31, 2013 by edmooneyphotography 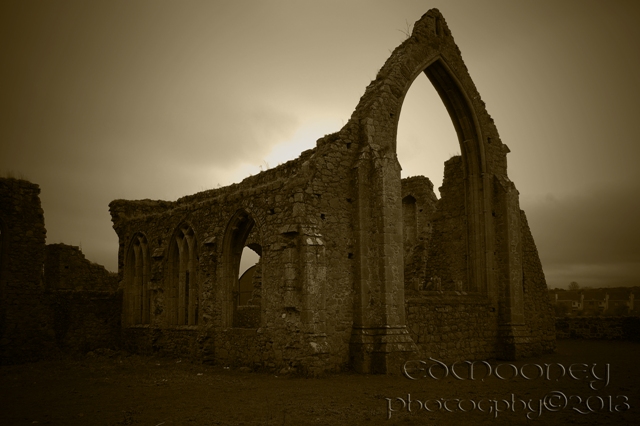 A short walk back up the lovely tree lined avenue to the main street I turned left and adjacent the filling station on the way out of Castledermot lie’s the ruins of the Franciscan Abbey of Castledermot. Founded in 1302AD by Thomas, Lord Offaly and the De La Hoyde family whom were benefactors of the order. Some of the information about the great history and archaeology of this great site comes from the guys at Abarta Heritage. Please take a moment and check out the link at the end of this post where you can hear the story for yourself with their free audio guides. 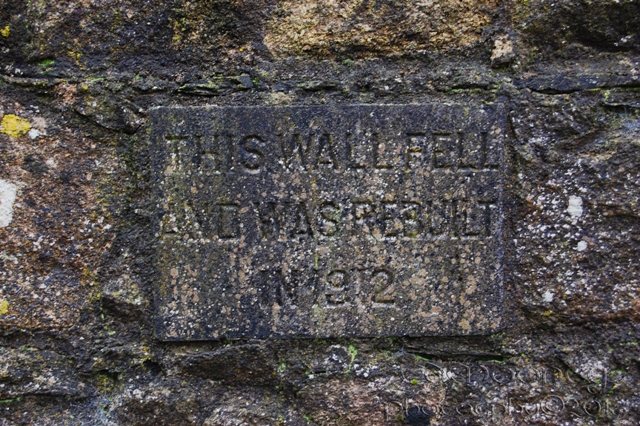 Quite surprisingly the abbey is situated on two or three feet off the main road and has remarkably survived in good condition considering its harsh past. Access to the abbey itself is restricted, but the key can be obtained from the care takers house next door. Only the walls of the abbey remain with a number of fine arches and lancet windows surviving in reasonably good condition. Standing in the magnificent confines of the abbey it’s quite hard to believe that a main road is situated on the other side of the wall. Attached to the side of the Abbey is a square tower like building known locally as Abbey Castle. It is believed that this structure was added in the 15th century and that the monks may have lived here at some stage. Unfortunately access to the tower is blocked by a large Iron gate to which there is no key available. 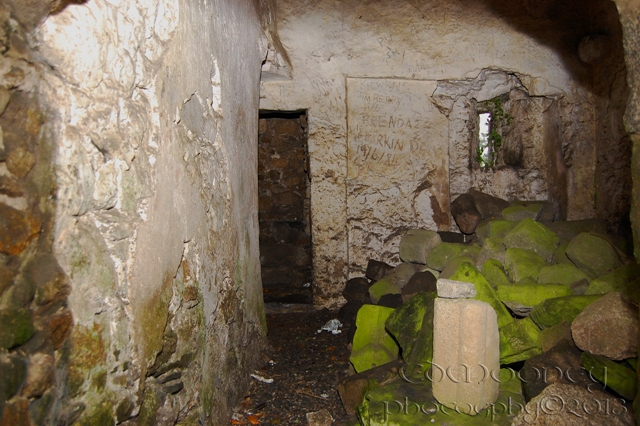 The Abbey was plundered by Robert Bruce in 1317 during his rampage in Ireland. It in part recovered its former appearance, and in 1328 had a chapel dedicated to St. Mary, built by Thomas, second Earl of Kildare, who, with his wife Joan, daughter of Richard, Earl of Ulster, were interred in it. The Abbey was again partially destroyed by Cromwellian forces, finally being suppressed in 1541.

Only the walls of the church remain, which was originally a long rectangular structure with a doorway, a pair of lancet windows in the west wall and a tower on the south side.  The north transept was added to it later and this is probably identical to the chapel of St. Mary built by Thomas, Second Earl of Kildare in 1328.   Within the Northern transept lie the remains of a font which was probably used for baptism’s etc.

The abbey really is a wonderful place to visit and is kept immaculate. The remaining stonework is in great condition and will probably last another 800 years. Whilst I was here I was unable to locate a holy well (KD040-002006-) which is shown on the National Monument Service website. Its location was shown to lie outside the North-West perimeter wall, but unfortunately there was no trace to be found. 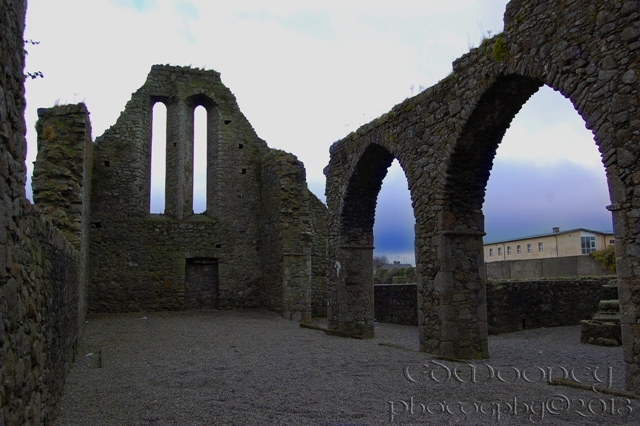 Photographer, Blogger, Ruinhunter, with an unhealthy obsession for history, mythology and the arcane.
View all posts by edmooneyphotography →
This entry was posted in Historical, Photography, Places of Interest and tagged Abbey, Castledermot, Franciscan, Friary, Kildare. Bookmark the permalink.