Posted on February 28, 2013 by edmooneyphotography 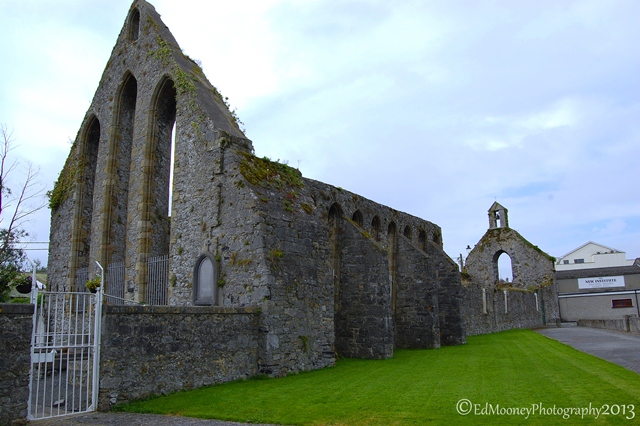 The last stop in Nenagh was the Franciscan Friary which is just a short distance from the castle and near the shopping centre in Abbey Street. Whilst there is some mention that the friary may have been founded by a Butler in the reign of Henry III,  Donal O’Kennedy, the bishop of Killaloe, who died in 1252, is more commonly recognised as the founder. Now this would have been unusual at the time, as traditionally it would have been the Norman settlers whom would invite the various religious orders to establish themselves in a particular area. In the 13th Century Theobald Fitzwalter was the Lord of the area so it would have been expected that he and not members of the local O’Kennedy clan would have founded the friary. Interestingly the Annals of Nenagh where written here  during the period 1336 to 1528 and there are copies of which still exist today. 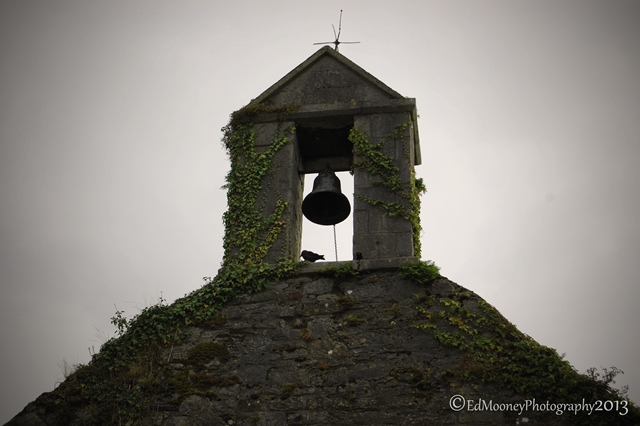 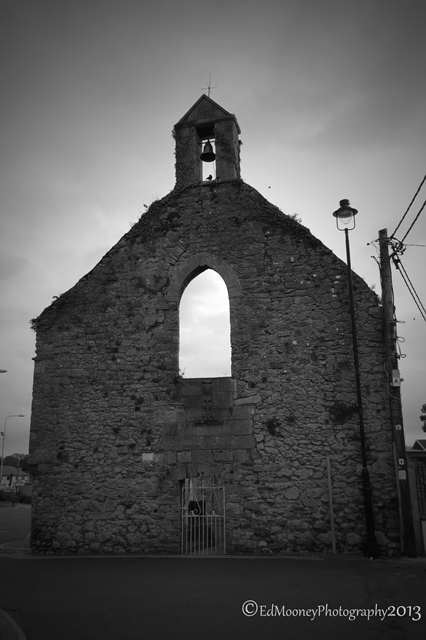 Nenagh became the chief house for the Irish friars and a provincial synod was held there in 1344. The O’Carroll’s are believed to have burned the town of Nenagh, including the friary, in 1548. The friars seem to have lived on until about 1587, after which no effort was made to set up a residence until 1632, when the Observants came. The friars were expelled and the friary suppressed during Cromwell’s incursions into Ireland, but they are believed to have soon returned. A community was still in residence in the early eighteenth century, but had broken up by 1766. There were still friars working as parish clergy in the area and Fr. Patrick Harty died there in 1817 as a quasi-curate. He was the last Franciscan of Nenagh. Over the doorway there is a carving of a figure wearing a 15th Century headdress. This was once thought to be part of an effigy, while the decoration it crowns formed part of an archway. The pieces were coupled together during the conservation work of 1929. 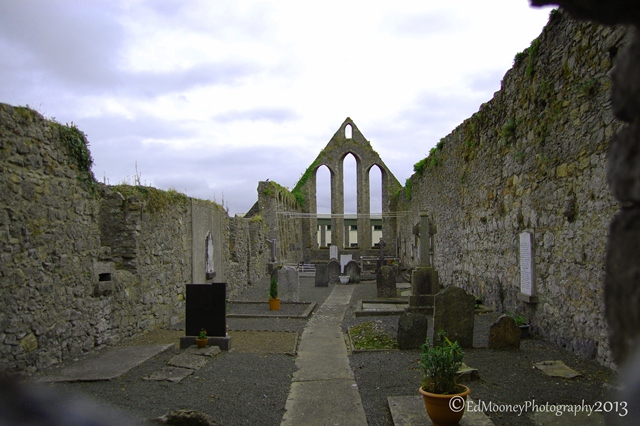 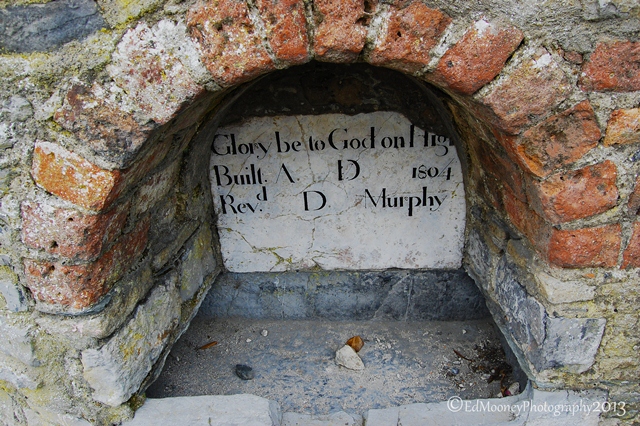 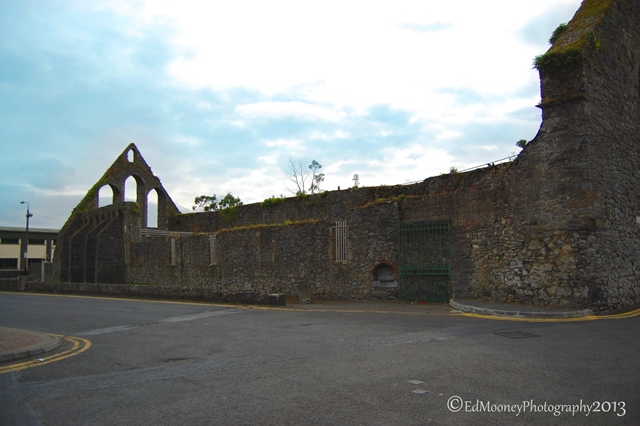 H.G. Leask wrote a comprehensive description of the Friary in 1937. He described the ruin as a simple, long rectangle, without any obvious division into nave and chancel. He recorded that the church has fine windows in the east gable, and eleven windows in the north wall of the choir. The Internal part of the abbey itself is not open to the public, but I believe that if you go down to the local tourist Office and ask nicely they will give you the key. Unfortunately when I was here the office was not open. That aside the abbey is kept in very good condition and is well worth a visit if you are in the area 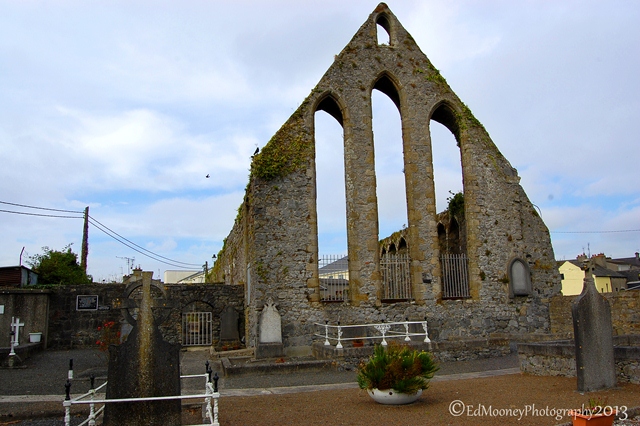 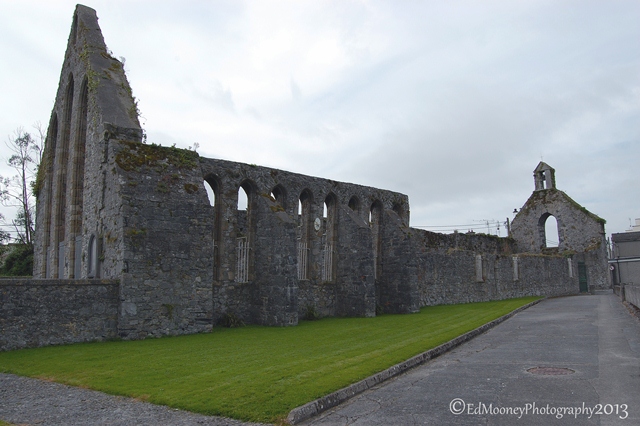 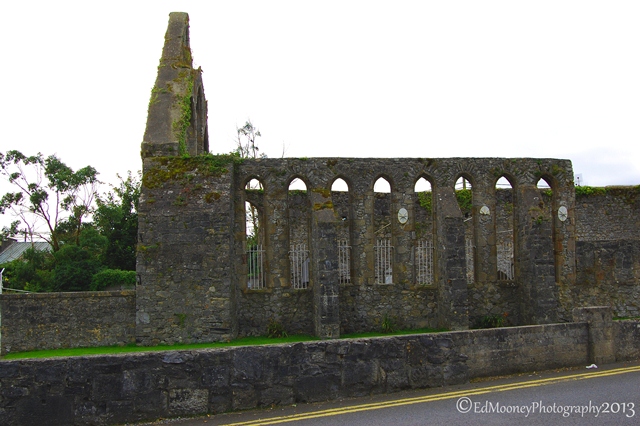