Posted on April 2, 2013 by edmooneyphotography 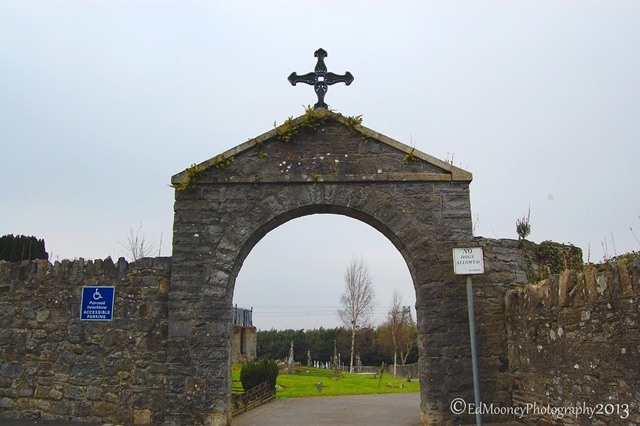 Recently passing through the small village of Saggart I decided to stop at the graveyard as it is supposed to contain a number of interesting monuments and has a nice history to it. Found down the laneway adjacent the current Catholic Church and is believed to be the site of a previous church now long lost in time. It is also quite likely this was the site of the monastery of St Mosacra. A monk called Mosacra founded a settlement on the site of the village in the 7th century. The name Saggart derives from Teach Sacra which means ‘house of Sacra’ in Irish By 1207, Saggart, or Tasagart, as it was then called by the Normans, had been associated with the Cathedral of St. Patrick. In 1615, the church was reported as being in good repair but fifteen years later the church is stated to have fallen down, and the Protestant parishioners attended Rathcoole church. The current church was built in 1847. A monastery is believed to have existed in the village in the 7th century. 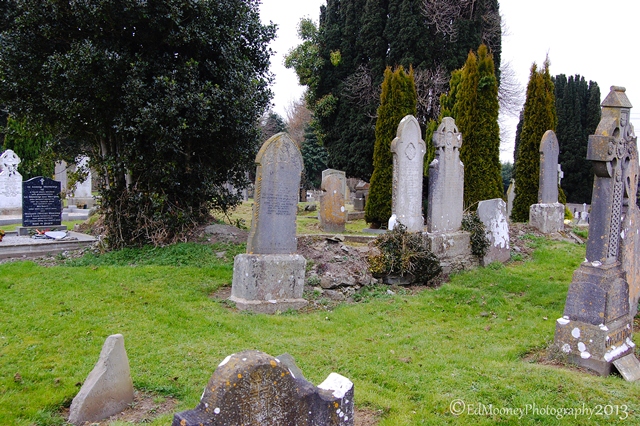 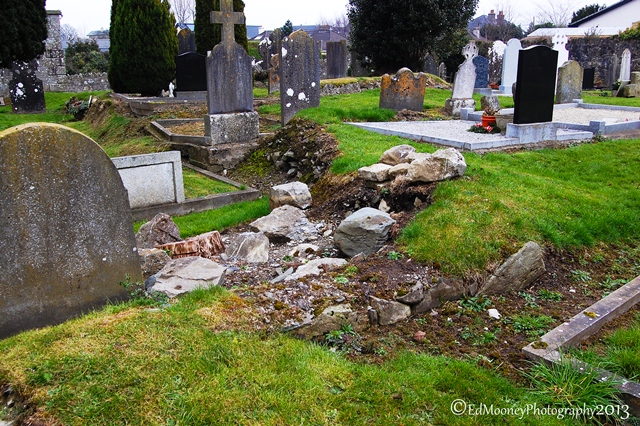 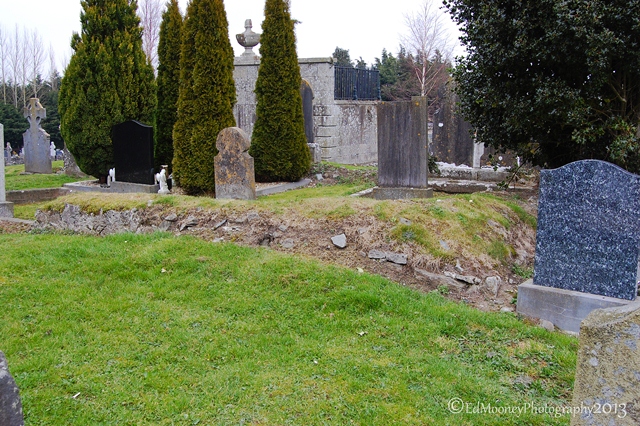 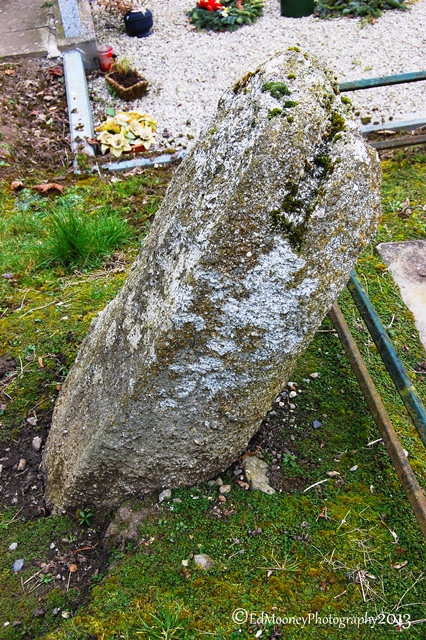 My main reason for stopping of here was to check out a couple of surviving monuments which were said to lie within its grounds, these being two high crosses a cross slab and a cross base. However I was initially disappointed when I could find none of these. In the burial ground I did find a large granite stone which I believe to be the Pilgrims Stone, said to date from the 10th century. I also found part of what appears to be the foundations of a previous church surrounded by various graves. Also of note is the memorial to Dublin merchant Edward Byrne, who was a member of the Catholic Committee, which included Wolfe Tone, both of which petitioned King George II in 1793 on behalf of the Irish people. Within this memorial I eventually found the cross slab along with what may have been part of a high cross. And to the rear of this there is another stone propping up a headstone which also may have been part of one of the high crosses mentioned. Whilst not one of the best places I have visited it is still worth a look around. 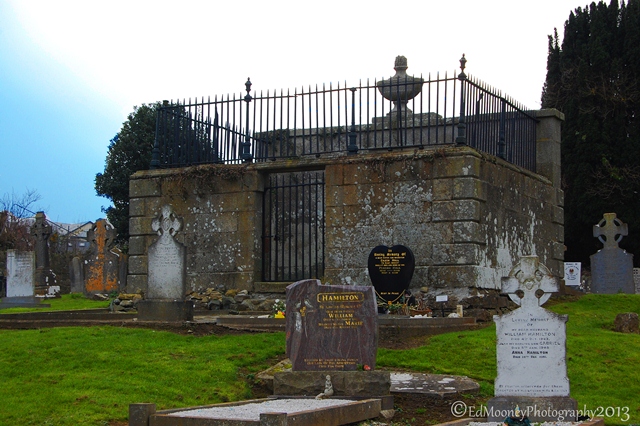 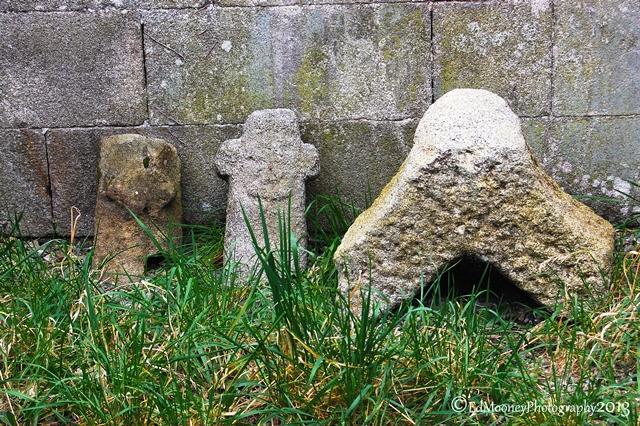 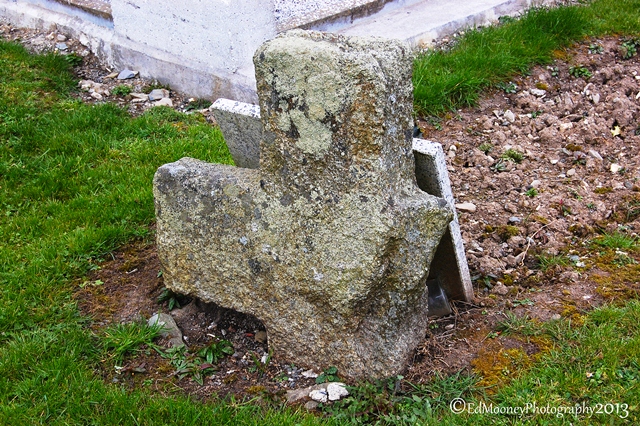 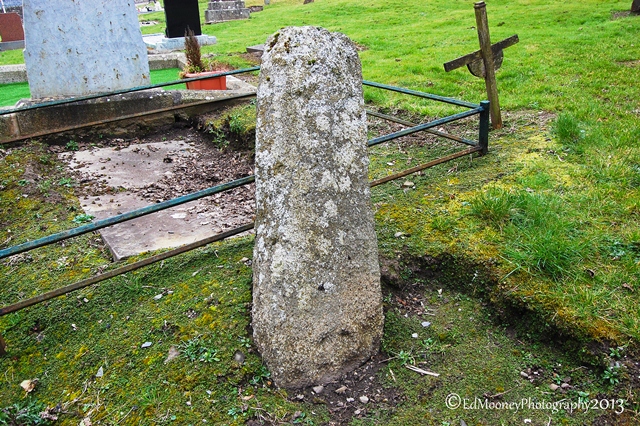 Photographer, Blogger, Ruinhunter, with an unhealthy obsession for history, mythology and the arcane.
View all posts by edmooneyphotography →
This entry was posted in Historical, Landscape, Photography, Places of Interest and tagged church, high cross, Memorial, monastery, Saggart. Bookmark the permalink.