Posted on April 30, 2013 by edmooneyphotography

On a recent expedition I by chance found another of these ruined medieval churches near Bawnogue in Clondalkin. Known locally,  as Kilmahuddrick or St. Cuthbert’s. These ruins seem to be a dime a dozen lately as im finding them nearly everywhere I go. The ruin can be easily found in St. Cuthbert’s  Park but has nature attempting to reclaim the structure it has been badly vandalised. Kilmahuddrick Church was a  fifteenth century church belonged to the monks of the Abbey of the Blessed Virgin Mary. 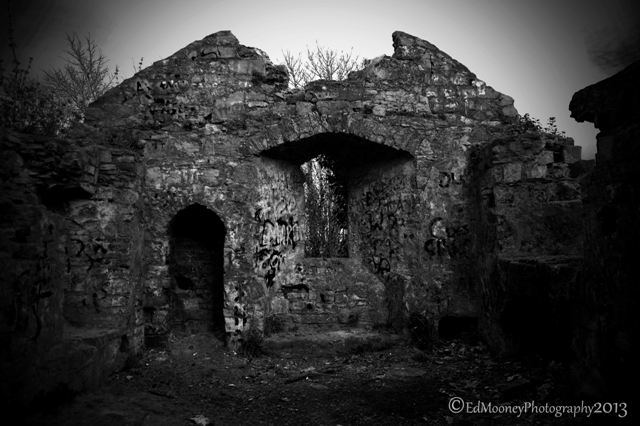 It was dissolved 1539, and was dedicated to St Cuthbert of Lindisfarne. It comprises nave and chancel with a broad arch. An early mention of the church comes in 1186 when one Master Osbertus of Clondalkin gives to the monks the lands of Balichelmer with the chapel and tithes there. After the dissolution of the monastery, the church and the parish of Newgrange was united to the Anglican parishes of Clondalkin and later Tallaght. The Park also contains a nearby graveyard which is linked to the ruin and a possible moated site all of which are listed with the National Monuments service as recorded Monuments. 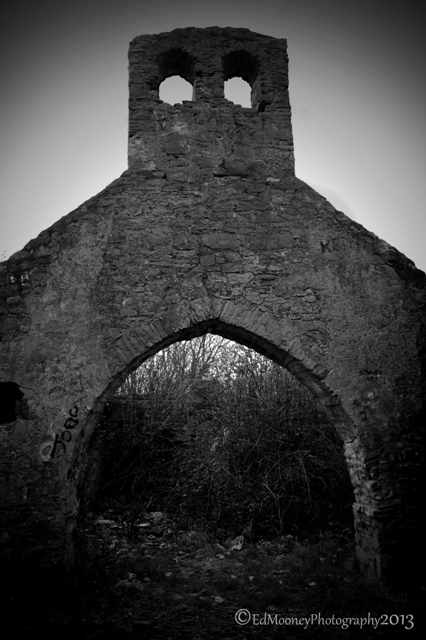 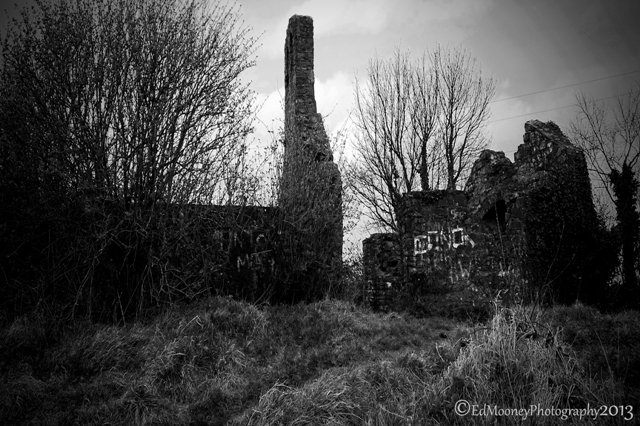