Posted on May 29, 2013 by edmooneyphotography 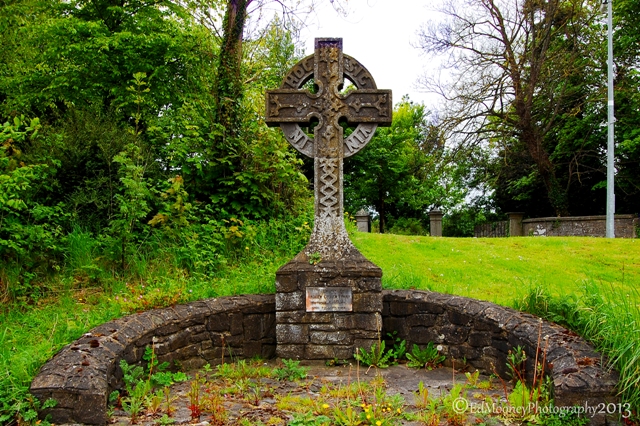 So I got a bit side tracked over the last week or so with some posts and strayed away from finishing of the remaining sites from my travels in Tallaght. So here goes. Located on the side of the Belgard road adjacent the Kingswood exit lies a very interesting Cross. I remember someone telling me as a child that It was put there to commemorate a group of soldiers whom had died there, but this was a big pile of BS.

The fact of the matter is that the famous writer Katherine Tynan had the Cross commissioned as a memorial to her father Andrew C Tynan, whom died in 1905. You might remember that I mentioned Katherine in a previous post about the family home of Whitehall which is within walking distance from this cross. You can read about this here, Tynan Hall

At the end of the 18th century the lands of Garranstown and Kingswood merged under the ownership of the Cullen family. The house retained the name Whitehall given to it by Mr Theo White. In 1865 Andrew Cullen Tynan, f inherited the farm from an uncle. So it would seem that he was basically a wealthy dairy farmer. Little else is known about Andrew with the exception of his famous daughter. Although I did find mention of an Andrew C Tynan canvassing in the Clondalkin area during a parliamentary election, so perhaps he also dabbled somewhat in politics?

Anyhow, the cross is a hand carved stone Celtic style memorial cross, which dates to circa 1910. There is some deeply incised strapwork throughout, with coarsely carved chevrons to side, and lettering around the ring head.There is a rather nice curved low retaining wall to the rear of the monument. This elaborately carved cross is a  strong example of the early twentieth-century Celtic Revival style. The Inscription reads: In Memory Of Andrew Cullen Tynan Whitehall Clondalkin Died 7th September 1905. 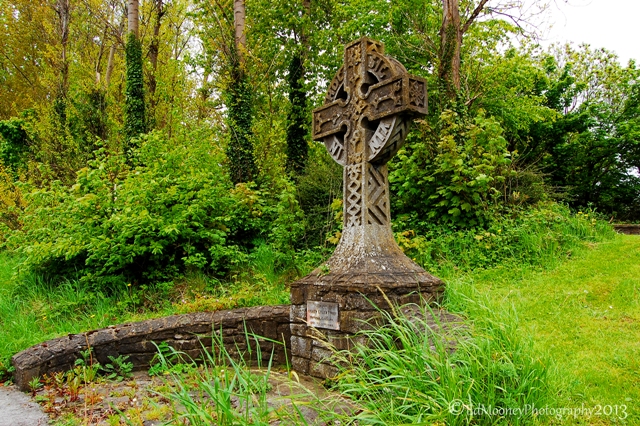