Posted on June 27, 2013 by edmooneyphotography

Heading back from Baltinglass one evening I spotted the heritage signpost for this stone circle on the side of the road. Even though I was running late I had to turn around and have a look. Parking is dangerous here as there is only a thin grass verge between the fence and the main road. Care must be taken when getting out as there is a high risk of losing your door to a passing vehicle. Commonly known as the Piper Stones of Athgreney after the townland on which it lies. To the best of my knowledge there are five different stone circles in Ireland that are referred to as “Piper’s Stones.” There is one in a nearby townland in Co. Wicklow, plus two in Co. Kildare and one in Co. Kerry. Access to the field is via the wooded stile in the fence, from here you can follow the line of gorse until you reach the Duchas heritage marker then turn immediately to the right, and walk for about 200 meters to ascend the hill. What I love about this place is the fact that it is so secluded despite its proximity to the main road. Also the stones cannot be seen until you reach the top of the hill.

This Bronze Age stone circle was a sacred place for our ancestors. The Gaelic translation for Athgreney is Achadh Greine and this gives us a vital clue to the purpose of this ancient site. It means Field of the Sun, which ties into the fact that the circle is aligned to the setting sun at the Winter Solstice. There is rumoured to be another stone known as the pilot stone, buried beneath the sacred Hawthorn tree. This stone is said to complete the sacred geometry to the Solar alignment. The Piper Stone name derives from old legends of a piper and dancers being turned to stone as punishment for their merry making on a Sabbath. This tale was obviously the result of church authority’s attempts to either hide the significance of this sacred site or to end the practise of our ancestors’ ceremonies at these monuments.

I am not aware of any archaeological activity at Athgreney but would say that the monument would date back to 1400-500BC. The circle consists of 14 Granite pillars and boulders, and measures approx 28 metres in diameter with some of the stones measuring up to 1.8metres in height. About 40m north-east of the circle there is a massive lichen covered outlyer stone which is heavily carved on its top. Some of the stones contain grooves and cup marks, which may be a form of megalithic art. I found mention in an old Ordnance Survey from the 1800’s which reports that there was 29 stones in the circle and that there where many more which were broken and taken away. So it would seem that our surviving stone circle is in fact part of something much larger, perhaps a solar temple? Around the base of this Stone circle there is a ring of yellow/red quartz (Sun) stones which lie a small ditch. Similar to the quartz on some of the larger stones, I can only imagine what this place must have looked like in its heyday. Heading back to the car I noticed a ditch partially hidden, when I looked further I noticed a number of large boulders which may have been part of the ancient monument. It was an overcast day when I was here but the magic of this site can still be felt and on a sunny day I am sure that it would be a truly wonderful site to experience. 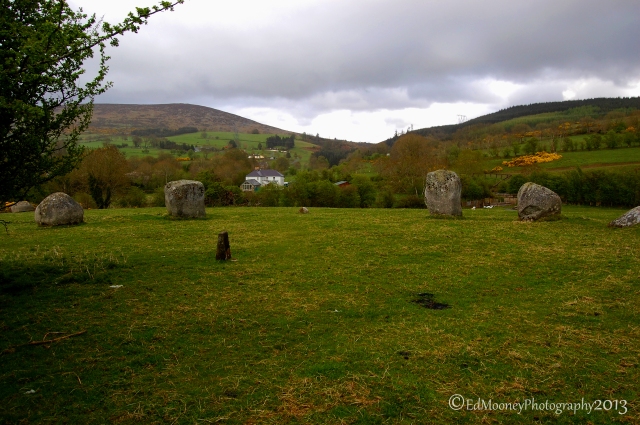 Finally a special mention to the hawthorn tree which lies within the circle. These trees were believed to be sacred by our anscestors and have a strong connection to the ‘Fairies’, or the Tuatha Dé Danann to give them there proper name. The Tuatha Dé Danann were a magical race whom inhabited this island up until the Mileseain invasion when they were said to have been led underground into the Sidhe mounds by Manannán mac Lir. It has been a widley believed custom here in Ireland that anyone foolish enough to interfere with the Hawthorn would suffer some ill-fortune for their acts. Hence why these trees are rarely touched, especially in the countryside were these traditions are still respected. This tree which can be found at most of these sites always seems to contain a spirit of protection. If you are anyway sensitive to these subtle energies, this is a truly awesome place to visit. Nearby lies the Castleruddery stone circle which you can read more about Here 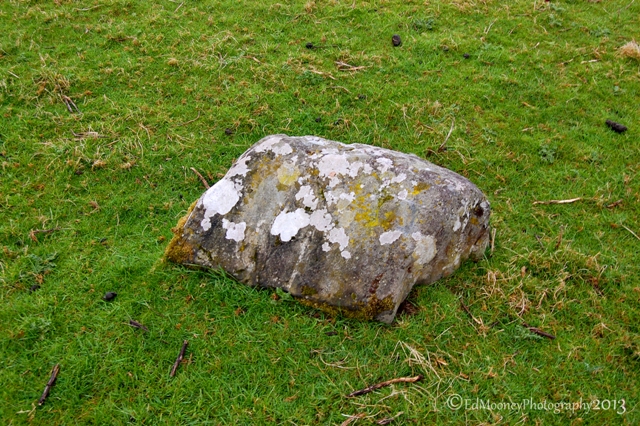 28 Responses to The Piper Stones