Posted on July 4, 2013 by edmooneyphotography 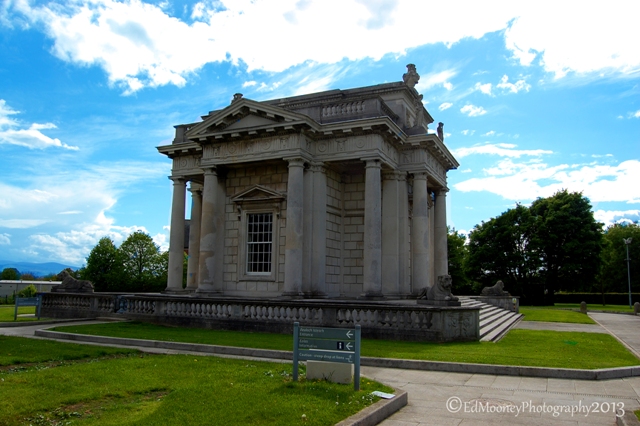 No I haven’t taken up gambling. The Casino was an 18th century neo-classical house built in the 1700’s for the 1st Earl of Charlemont, James Caulfield. It was designed for him by the famous Scottish architect Sir William Chambers. With construction starting in the late 1750’s it took over five years to be completed. The Casino is a quite remarkable structure with some great history and unique architecture. Believe it or not, there are 16 rooms contained within its walls, each uniquely designed and decorated. You can find it on the grounds of Marino House. Marino is about three miles north of Dublin city centre. On arrival as you make your way up the long drive way the casino looks more like an ancient temple that you would expect to see in Rome or Greece. The house took its name from the 18th-century Italian word ‘Casa’, Casino (small house). Caulfield’s estate had already been named after the town of Marino in Lazio, Italy. It was a gorgeous sunny day and after I had finished taking photographs of the exterior, I wanted to see if I could view the interior. The House is now under state ownership and is run by the Office of Public Works.Unfortunately access to the building is by guided tour only. I normally don’t do these tourist orientated tours, but €3 was a small price to pay to get inside. 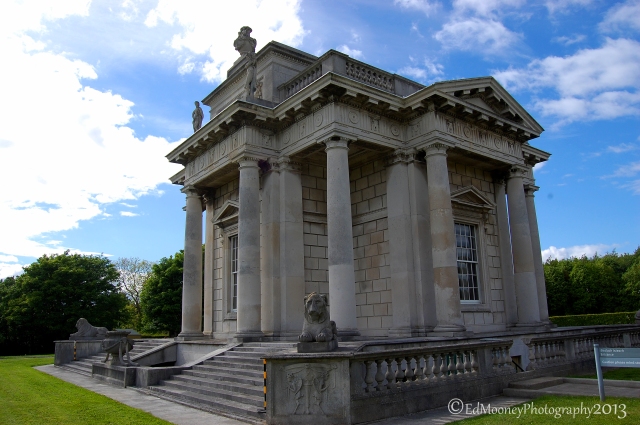 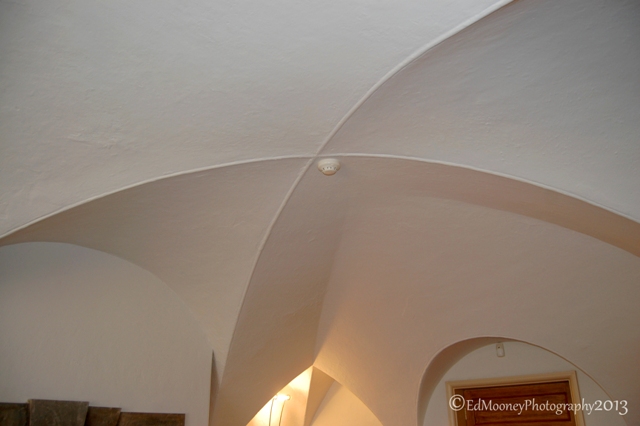 The tour started off in the old kitchen with a slide show and some very interesting history about the owner andthe house. After which we were brought around the house stopping of in each room. The guide was very informative and I nearly forgot to take some pictures. Caulfield was an interesting character. The son of the 3rd Viscount Charlemont, he was born in Dublin, and succeeded his father as 4th Viscount in 1734. The title of Charlemont descended from Sir Toby Caulfeild (1565–1627) of Oxfordshire, England, who was given lands in Ireland, and created Baron Charlemont (the name of a fort on the Blackwater), for his services to King James I in 1620.

As a young man he seems to have been a bit of a ‘Jack the Lad’, and being of an upper class standing it was decided that he be sent to Europe for a year in the hope that the experience would mature him and he would then return to fufill his duties in Ireland and take his seat in Parliament. This however didn’t quite work out as the young Earl extended his European trip for nine years. During these nine years he travelled Italy, Greece, Turkey and Egypt. It was on these travels that he developed his love for classical art and culture. These can clearly be seen in the Casino. Charlemont was also well known for his political connection with Henry Flood and Henry Grattan; he was a cultivated man with literary and artistic tastes, and both in Dublin and in London he had considerable social influence. He was the first President of the Royal Irish Academy and was a member of the Royal Dublin Society. For various early services in Ireland he was made an Earl in 1763, and was in 1783 made a founding Knight of the Order of St Patrick, but he disregarded court favours and joined Grattan in 1780 in the assertion of Irish independence.He was president of the volunteer convention in Dublin in November 1783, having taken a leading part in the formation of the Irish Volunteers; and he was a strong opponent of the proposals for the Union. His eldest son, who succeeded him, was subsequently (1837) created an English Baron. 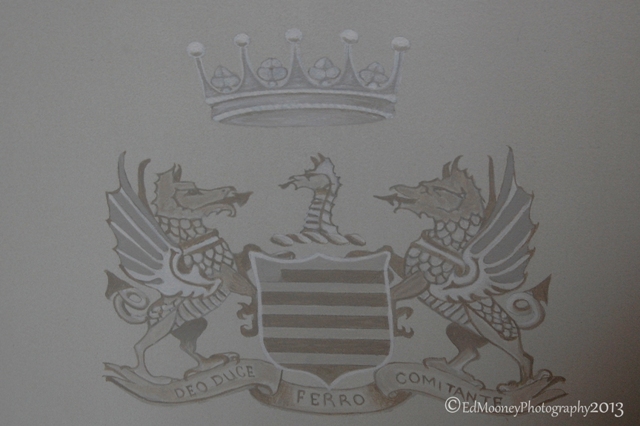 When he returned to Dublin and employed the Scottish architect Sir William Chambers to remodel his main residence at Marino House and to design his town house Charlemont House. This led to the building ofthe garden pavilion building known as the Casino at Marino. Although proud of the design, it is said that due to his constant employment in England, Chambers was never able to visit the completed building. 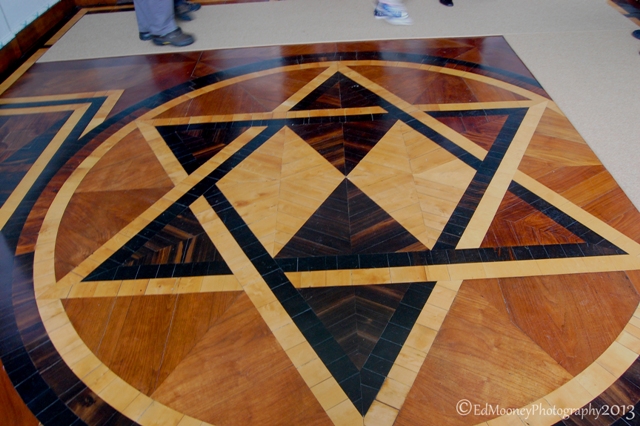 The Casino is actually quite small, it measures only about fifty feet square to the outer columns. In plan, it takes the form of a Greek Cross with a pair of columns framing each projecting elevation. Seen from the outside, the building has the appearance of a single roomed structure, with a large panelled door on the north elevation and a single large window on each of the other elevations. This is all illusion, however, as it actually contains 16 rooms over its three floors. Only two of the panels in the door open to allow entrance, and the panes of glass in the windows are subtly curved, disguising the partitioning which allows what looks like a single window to serve several separate rooms. 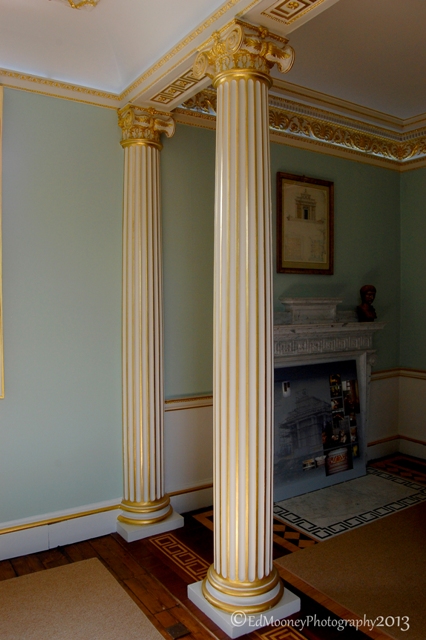 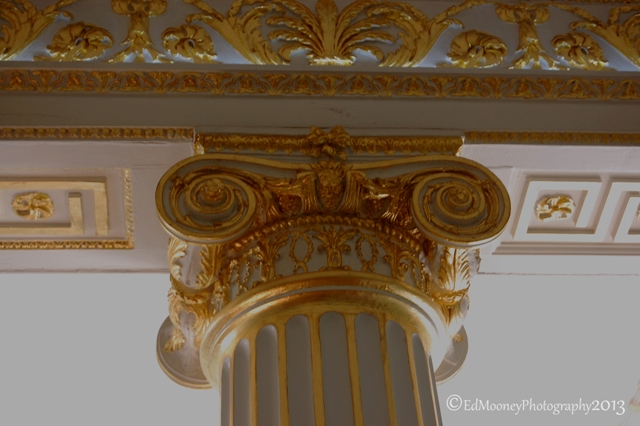 This curvature also affords more light into each room and hinders views of the house from the outside. Many other tricks are used throughout the construction in order to preserve the simplicity of the design. Four of the columns which surround the building are hollow and,with a length of chain dangling in each theyare used to remove rainwater down from the roof. The Roman funerary urns on the roof, designed by James Gandon, were cleverly designed to use as chimneys.The interior, again by Virple, includes a basement level with a kitchen and associated rooms, a main floor with reception rooms and a top storey with servants rooms and a State Bedroom. The house is full of Masonic symbols and symmetry from the Lion Statues on each corner to astrological signs in the plasterwork and certain occult symbols incorporated into the floors.

Originally the Casino was linked to Marino House by a tunnel, although this has been blocked off due to building works in the area. After the tour finished I went outside to further explore the exterior. There is an open underground area which although hidden from view, encompasses the entire building. It was from here that I found a number of gated tunnels leading away from the house. Like the house itself these tunnels are estimated to be over 250 years old. There are no records of any archaeological excavation of the tunnels, there is no clear answer as to what purpose they served. A reasonable explanation for one of the tunnels is that it was used by staff coming to and from the main house at Marino, however speculation that the remainder were used for storage does not wash with me. The main house would have had ample space for storage.The passageways are not uniform in size or supposed purpose; varying in length from between 10 and 20 ft. Some have steps that lead down to natural springs, while others have several mysterious alcoves carved into their walls. 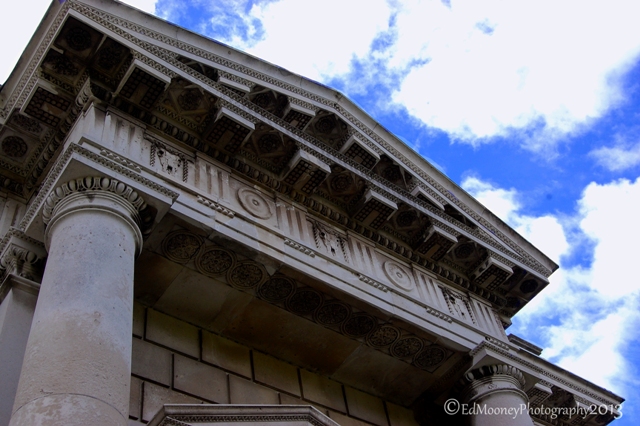 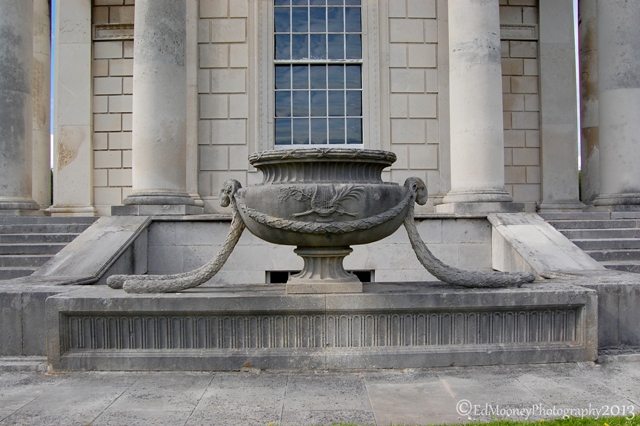 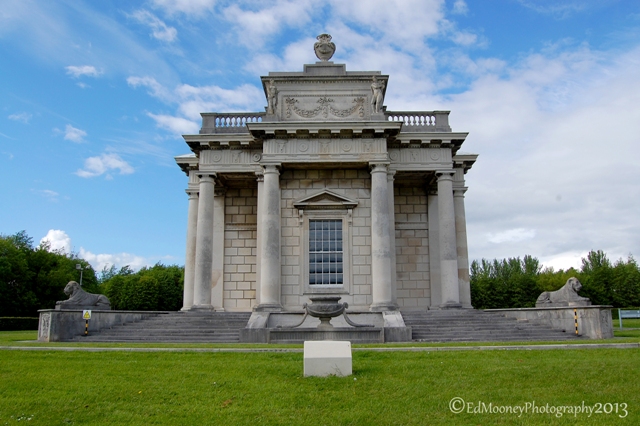 Local stories paint a very colourful picture of life underground at Marino – complete with whispers of Masonic meetings and freedom fighters on the run.One of the most popular stories claims that the first machine gun in Ireland was fired in the long tunnel during the War of Independence, as the underground passageway could muffle the sounds of target practice. Some historic documents indicate that guns were in fact hidden at a location in or around Marino – which was an area sympathetic to the Republican cause – but unfortunately, the exact place is unknown. There are also rumours that Michael Collins was hidden from the British authorities,but without further evidence this remains nothing but here say and speculation.After Caulfields decades-long obsession, the Casino eventually bankrupted him and, after his death, his son was forced to sell most of the cultural treasures he had amassed over his lifetime. Thankfully this historical structure was recently restored and the building remains one of the accomplished examples of neo-classical architecture in Ireland and one of the finest garden temples in Europe. 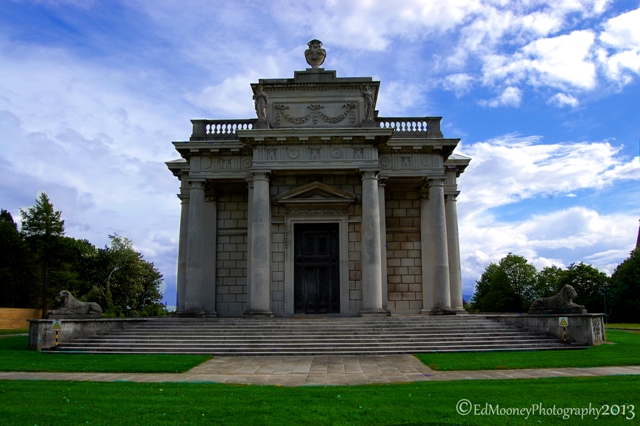 32 Responses to The Casino