Posted on September 12, 2013 by edmooneyphotography 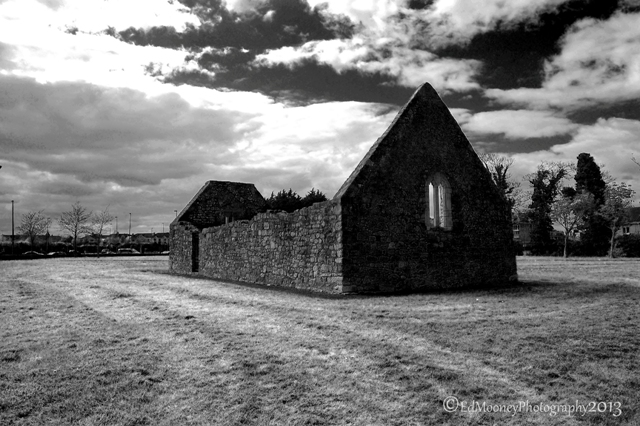 I had almost forgotten all about this ruin, which I had previously shot about six months ago. It was only when I was updating my Diary of a Ruinhunter map that I noticed it was missing. It took some searching, but I eventually found the images which had been thankfully moved to my server. My normal workflow involves moving files from my camera to the laptop, where they are copied across to a RAID 3 server, which is basically three individual Hard Disc’s. So if i lose one disc all my data is still safe. When I have finished processing the files on my laptop, I just update them to the server and delete them from my laptop. Well I guess I messed up this time, but thankfully no harm was done. 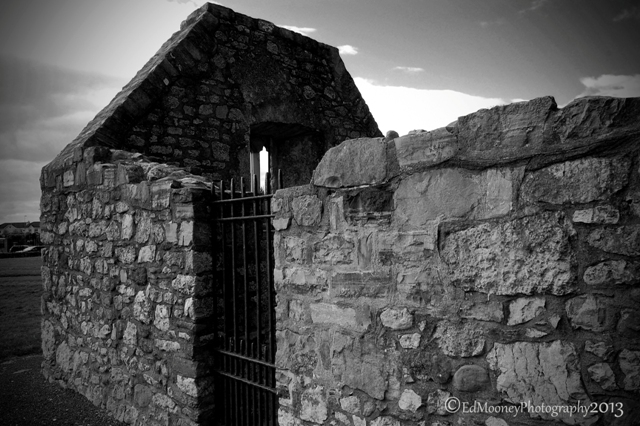 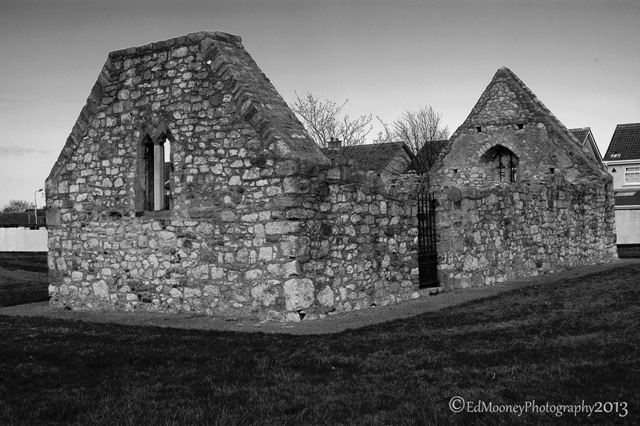 Grange Abbey as it is known, is a ruined chapel situated in the middle of parklands which were once part of the ‘Grange of Baldoyle’. Now the ruin most certainly don’t look like an Abbey to me but may very well have been the chapel of an Abbey which once stood here, but for the purpose of this post I shall refer to it by its commonly known name. Grange Abbey was part of the Priory of All Hallows which had been founded in 1166AD by that idiot Diarmuid MacMurrough a former King of Leinster, whose actions after being disposed off  led to the Norman invasion of Ireland and the eventual control of the country passing on to the King of England. (Sounds a bit like the actions of our current leaders, except now we are being controlled by global bankers). Anyway the Priory of All Hallows had vast tracts of lands in the area under the control of the Bishop of Louth. The earliest account of the area dates to 1275 were the priory records a holding a Grange in Baldoyle. One writer on this subject Mac Giolla Phadraig believed that based on its architecture that the building might date from the late 13th or early 14th century. The first explicit reference to the chapel dates from 1369, noting that the Lord Deputy of Ireland held a Parliament in “the Church of the Grange” 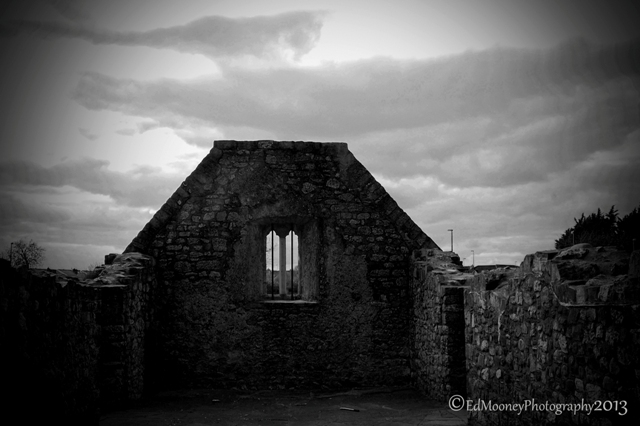 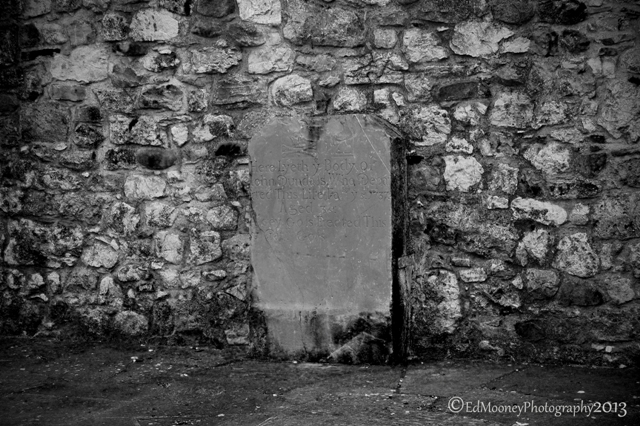 After the dissolution of the monasteries the “Grange of Baldowill” was granted, in 1539, to the Corporation of Dublin as part of the property of All Saints.  The small church was said to have been repaired, by a Thomas Fitzsimons, the tenant of the Grange, in 1609AD. By 1630, the archiepiscopal visitation reported that the church was ruined, only bare walls remaining. The chapel was mentioned again in the mid-19th century, as a picturesque ruin, which by then had been abandoned, on the grounds of Grange Lodge. Grange House was demolished in 1972, and its yards and gardens removed. The rubble of the house was used to fill the last of its fish ponds. However the chapel remained untouched. The rectangular stone building, aligned east of north east, measures 13.7m by 4.8m internally, and the four walls are in very good condition, rising to a  height of about 2.4m. The surviving stonework comprises of uncoursed limestone masonry, with dressed limestone quoins. There was no separation of nave and chancel. A pathway leads to a northern doorway (the southern doorway has been blocked), and there is a fine two-section west window, the central portion of which is restoration work, while there is also a partially restored eastern two-section window.

There are aumbries on each side, and a small basin at the eastern end of the southerly wall. There are also two unknown gravestones inside resting against the wall. An excavation within the chapel in 1986, to prepare for conservation including flooring work, and study of ground materials. One conclusion was that the original levels of the doorways would have been at least 35cm lower than now. Many fragments of bone were found. On entry to the park, you will first notice two medieval style sculptures embedded into the Pillar walls. I’m not sure when these were done or from where they were taken, but I would suspect that they are a recent addition. Whilst they are most certainly not authentic pieces they most certainly do set the mood for the visit to a well kept and striking medieval ruin.