Posted on September 28, 2013 by edmooneyphotography

It only seems like a short while since I was writing some Samhain related stuff for last year. Well this year I hope to expand a bit more with some more Irish related posts. Last year I wrote about Stingy Jack which tells the origins of the story of Jack O Lantern. So this time around I have a couple of similar topics I wish to cover. Oh and by the way this year there is something really special to announce. My good friend and fellow blogger Christa Thompson is running a ‘Monster a Day Series’, over on her fantastic blog thefairytaletraveler, you should really check this out. Anyway the plan is to have a Halloween theme related post each day for the month of October. Sounds great? Well it gets even better, not only has yours truely been invited to contribute but there are a number of other fantastic fellow bloggers from around the world whom will also be contributing to the project. You can read more about the team HERE. I have been able to get a sneak peak at what has been planned and it is looking to be a fantastic and entertaining month ahead. So here we go, all posts can be viewed over on thefairytaletraveler, so please stop by and check it out. 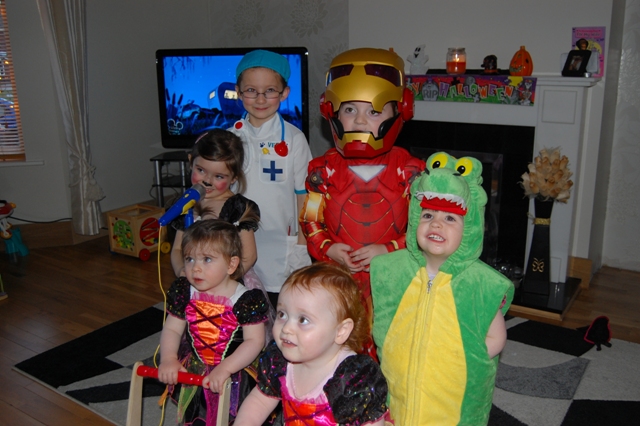 From things that go bump in the night, to Gaelic traditions and practises. As a child, Samhain was always a special time for me, even more so than Christmas, which we also celebrated. There was just something different in the air that even as a child I was able to recognise. Despite the nasty cold and wet weather we are blessed with in Ireland, which can be depressing at the best of times, there is a very sudden sense of magic in the air at this time of year. For many people Halloween is another commercialized holiday, and is about dressing up for the night, trick or treating, drinking too much booze and watching horror movies on the television. For others it represents a more sinister time, full of evil and no good. My aim over the next few posts is to show the true meaning and history of Samhain which has been celebrated by my ancestors for thousands of years, in the mix I hope to include some horror related tales from Irish folklore just for fun :-).

Halloween or can be traced back to the ancient, pre-Christian Celtic culture and perhaps even further, although sometimes referred to as a festival of the dead, it is actually the Celtic peoples version of a New Year’s celebration. The Celtic people, who were once to be found all over Europe, divided the year by four major holidays. The Celtic calendar which differed from our present day calendar was lunar and their day actually started on the previous night. The Celts believed that the passage of a day began with darkness which progressed into the light. This explains why Winter the season of long, dark nights marked the beginning of the year and progressed into the lighter days of spring, summer and autumn. The start of their year is said to begin on a day corresponding to November 1st on our present calendar, which is why Samhain starts on the night of 31st October. From a mundane perspective Samhain marked the start of winter. This was a time for the final harvest, were crops would be stored in order to tide the people through the harsh months ahead.Cattle and sheep had to be moved to closer pastures and all livestock had to be secured for the winter months. A great annual feast was held to celebrate this milestone.

On a spiritual level Samhain was the celebration of the end/death of the old and the start/birth of the new. It was believed that during this time the veil between this world and the other side was at its thinnest, resulting in the ability of the dead to return to our world and in some cases the living to visit the other side.Among the specific terrors of Halloween were the Fomorians an ancient race whom inhabited Ireland long before the arrival of man. It is said that they believe they have a right to take back to the Otherworld their share of fresh milk, grains and children.To ward off any evil let loose at Samhain, huge bonfires were lit and people wore ugly masks and disguises to trick  the spirits and stop the dead identifying individuals who they may have disliked during their own lifetime. For some, the tradition of leaving food in the home usually a plate of colcannon was more about offering hospitality to their own ancestors. All fires were extinguished and relit by the druids with a sacred flame taken from Tlachtga (spiritual center of Ireland) which would be taken to light the main fire on Tara (home of the High Kings of Ireland). It was from the fire at Tara that all other fires across the country would be lit.The flame was part of a purification ritual, later on it seemed that the Celtic version of Christianity had some influence on tradition. My family celebrate this time each year and include a healthy mix of both old and some new traditions. Hope that you enjoy the selection of images from previous years.

29 Responses to Countdown to Samhain 2013