Dunamase Part 2: Return to the Rock

Posted on October 23, 2013 by edmooneyphotography

Yesterday I posted some shots of my kids on there first Castle exploration. Today here are my shots from the Rock of Dunamase. The Rock was the first ruin I had shot back in May 2011, and I remember how pleased I was with the results at the time. Oh how times have changed. Its quite amazing to see the difference in the images from back then and what I shot at the weekend. If I shot the old images now they would be most definitely deleted, but I guess that is a good thing as it shows just how far I have progressed during this time. If your brave enough you can read the original post HERE. Some of the information about the great history and archaeology of this great site comes from the guys at Abarta Heritage. Please take a moment and check out the link at the end of this post where you can hear the story for yourself with their free audio guides. 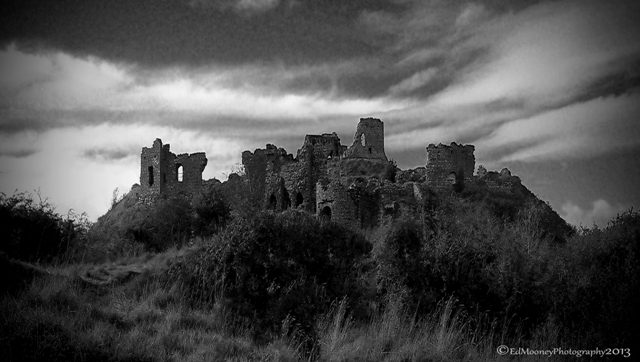 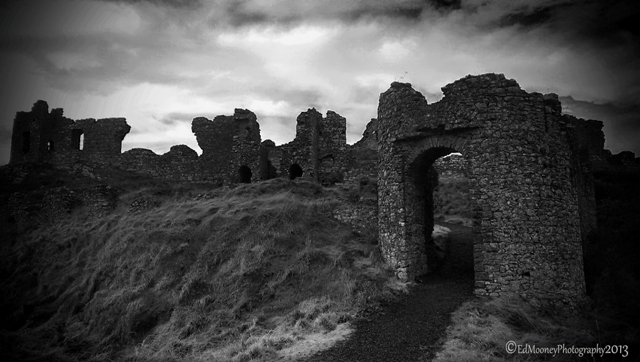 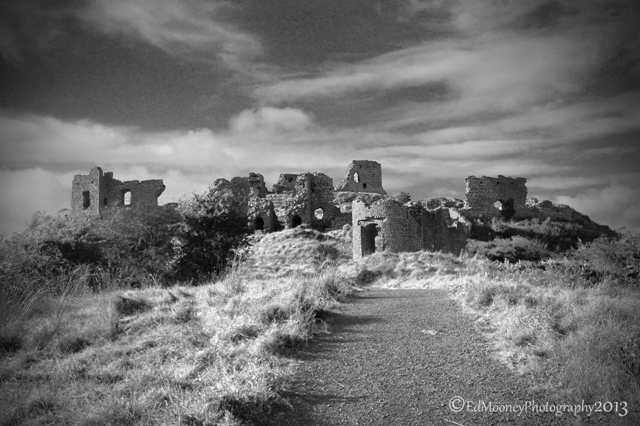 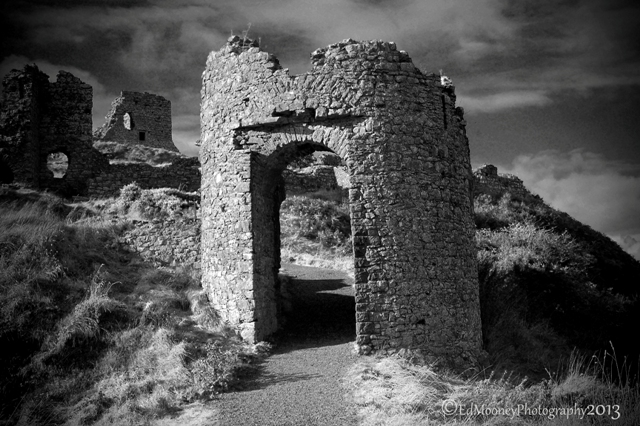 I will try not to bore anyone whom has seen my earlier post, but for those of you whom have not, were is a brief Ruin-hunter summary. The Rock of Dunamase (Dún Masc, “the fort of Masc” in Gaelic) is believed to date back to the 9th century, and as the name suggests there was a fort constructed here, probably a wooded one to start with and it may have belonged to an Irish Chieftain or other person of importance known as Masc. The earliest mention of Dún Masc comes from the ‘Annals of the Four Masters’, which tells of a Viking raid here in 843AD and that the Abbott of Terryglass being killed. 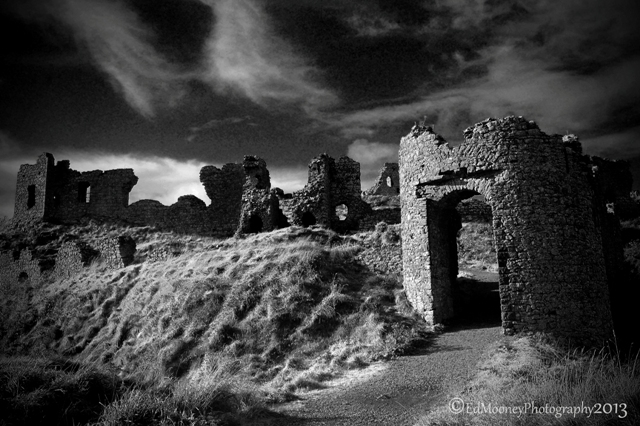 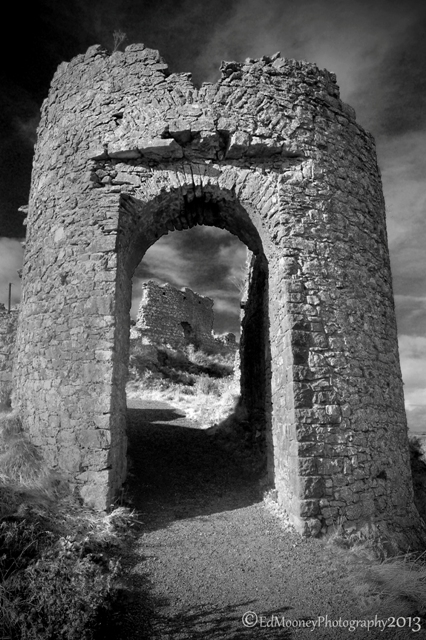 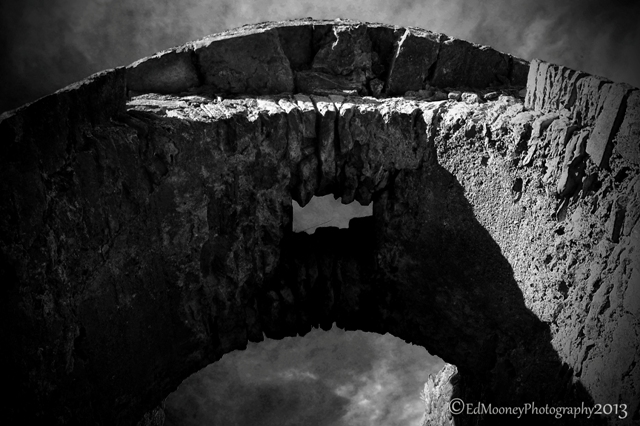 The Rock stands on a rocky outcrop in the center of flatland’s at a height of 150ft, which makes it an ideal site for a fortification as it would be quite easy to defend.It consists of an outer wall with a Barbican gate. Inside this is another Curtain wall with the main gate house in the center. Once through the main gate you enter the lower ward, At the top of the ward stands what was once known as the Great Hall. There is little evidence of significant walls being built to the rear of the great hall, this would be due to the fact that there is a natural defensive feature here in the shape of what would have been a sheer cliff face.Although there is little archaeological evidence to support it, many say that the Greek cartographer Ptolemy recorded Dunamase on a map under the name Dunum back in the 2nd century. Weither Dunum was indeed Dunamase .is anyone’s guess, but it would be rather cool if this was true. 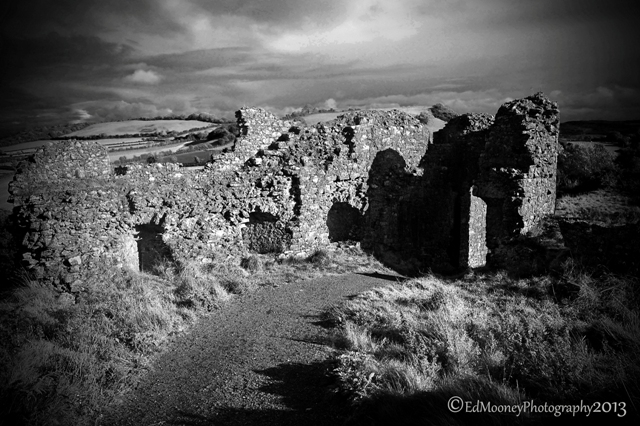 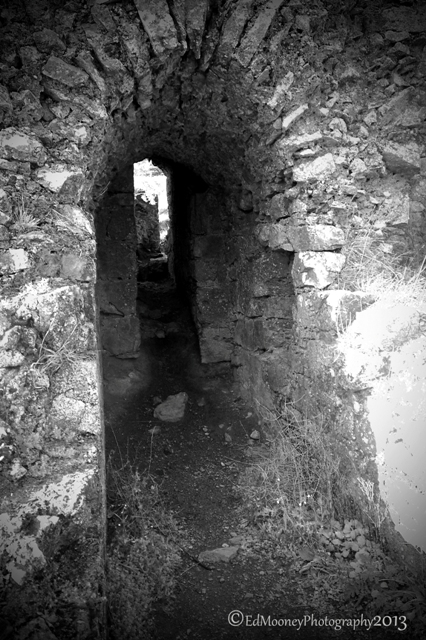 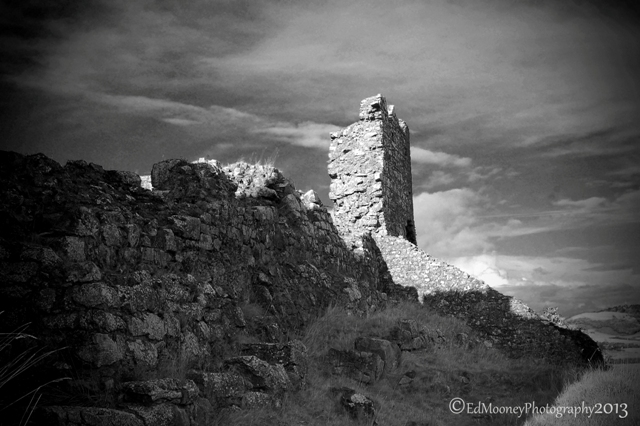 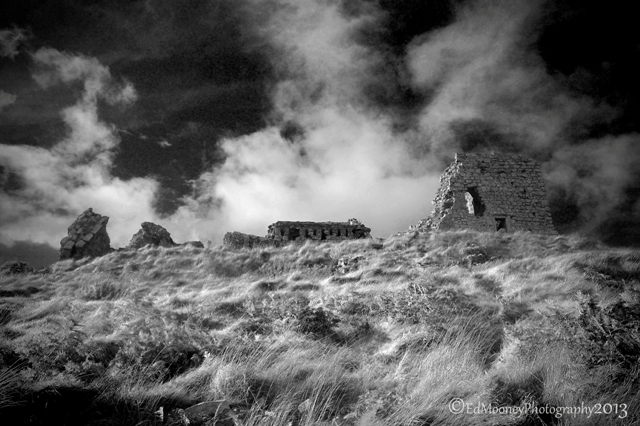 During the Norman invasion of Ireland back in the 12th century the Rock is said to have undergone some heavy fortifications. It was part of the dowry of Aoife, daughter of the former king of Leinster Diarmaid mac Murchadha whom initiated the Norman invasion. After the marriage of Aoife to the Norman Knight Richard De Clare, which took place in Waterford city, Dunamase became the most important Norman stronghold in the Laois area. It eventually changed hands, passing on to the Marshall family after the marriage of Isabel the daughter of Aoife and Richard De Clare to William Marshall. 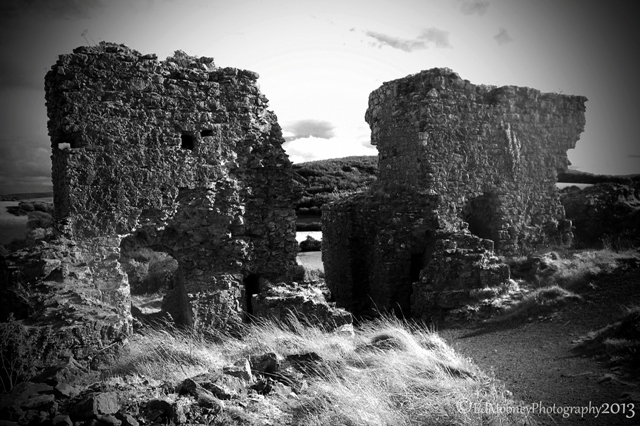 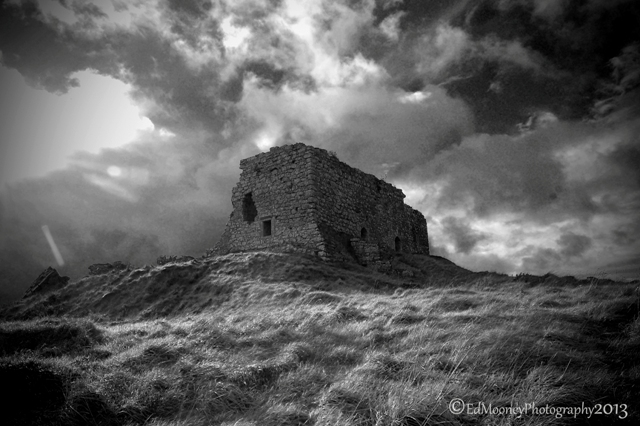 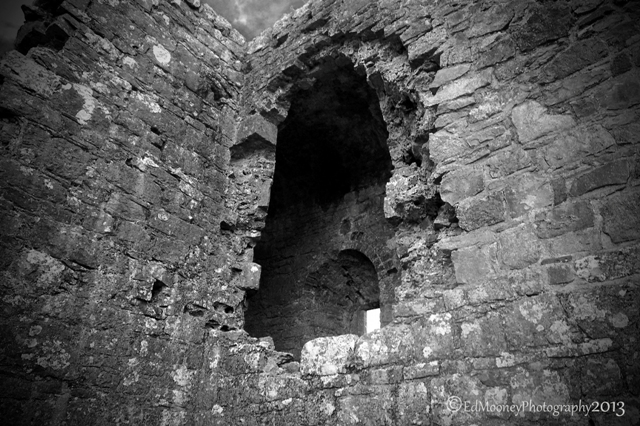 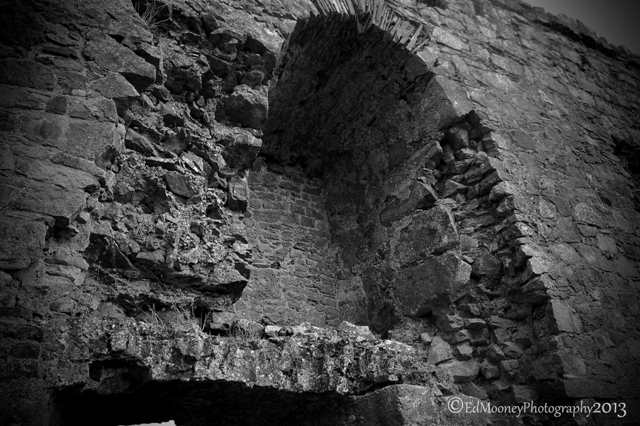 To cut a long story short, Dunamase passed through various hands over the centuries before been forfeited by the crown in 1330AD. By 1350 AD it was said to be in a ruinous state. Local legends suggest that Cromwell put the Rock under fire during his excursions through Ireland to prevent it from being used by the native clans. Moving on to the 18th century, a Sir John Parnell is said to have started building a banqueting hall within the ruins and this work incorporated medieval architectural details taken from other sites in the area. The Rock has been classified a national monument and is under the care of the OPW. 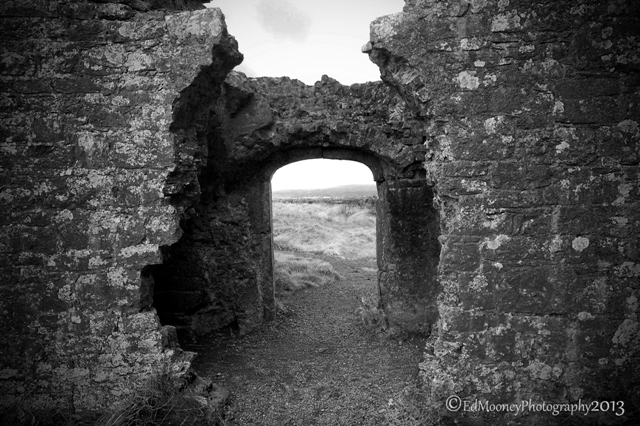 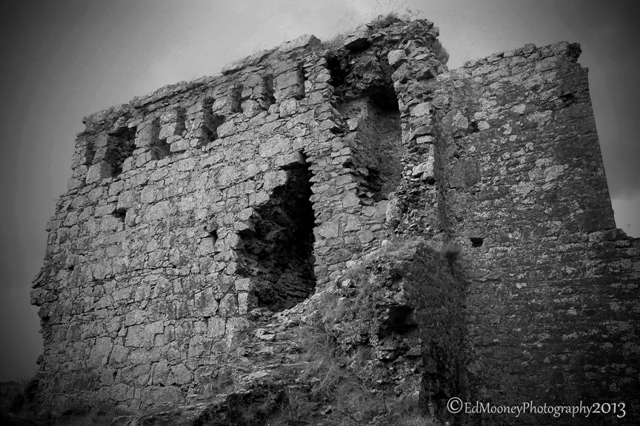 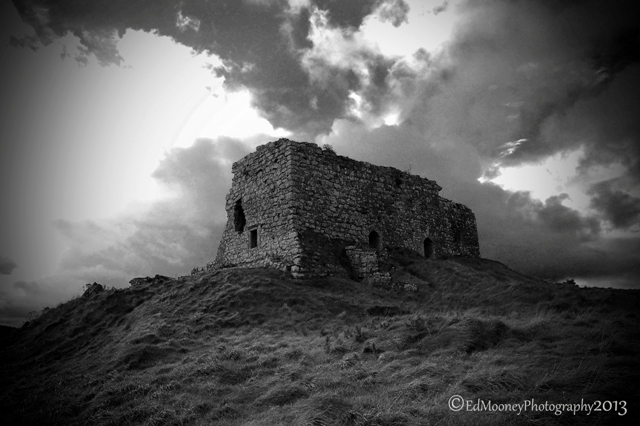 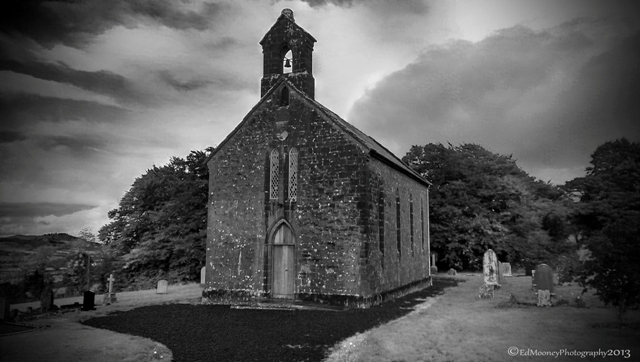 52 Responses to Dunamase Part 2: Return to the Rock