Posted on January 7, 2014 by edmooneyphotography

Well after a few false starts I finally got the chance to get back out on the road in search of new ruins. One of the draw backs of living in Ireland is the unpredictable weather, or should I say the constant threat of rain. So to start of 2014 with a bang, let me introduce you to the stunning Ducketts Grove. Up until now I have only ever seen this site in books or from the occasional image online. So this really was a treat for me. The detail in the surviving architecture really is quite astounding. Originally it started life off as a great Georgian Mansion built back in the 1700’s, but was redesigned in a Castellated Gothic revival style around 1825 by Thomas A. Cobden. The Grove rests in the centre of what was a 12’000 acre estate in its hey-day and has dominated the Carlow landscape ever since. Even in its current ruinous state it is quite a remarkable structure and must be one of the most photogenic historical buildings that I have explored to date. Unfortunately access to the interior of the building is not permitted at present, but hopefully in the future it will be opened to the public. That said there is still more than enough to see and explore from the outside, including the upper and lower walled gardens.

John Dawson Duckett begun work on the rebuilding of Ducketts Grove in 1830 and with Cobden’s designs which included Soaring Towers, Turrets, Arches & Crenulations, Niches, high stacked chimneys, Oriel Windows and a portcullis, I can only imagine that the Grove would have easily passed for a fairy-tale Castle back in the day. It is also believed to have had numerous urns dotted around the grounds. These were carved from stone or yellow pine or were cast in plaster, bronze and copper. The various statue’s ranged from the royal lion and unicorn to griffons, centurions, classical figures and Germanic-type females. You can still see a number of grotesque heads which decorate the towers and window heads. 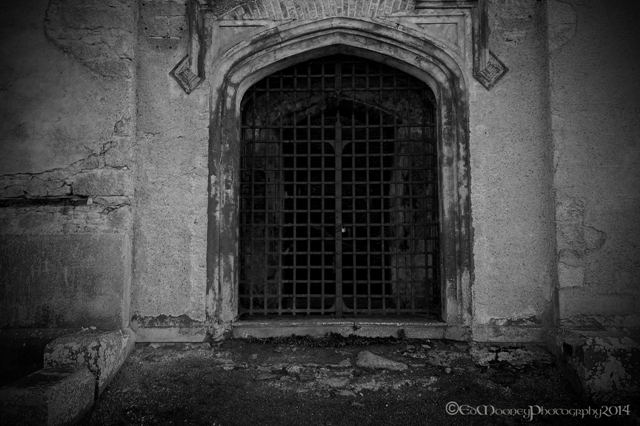 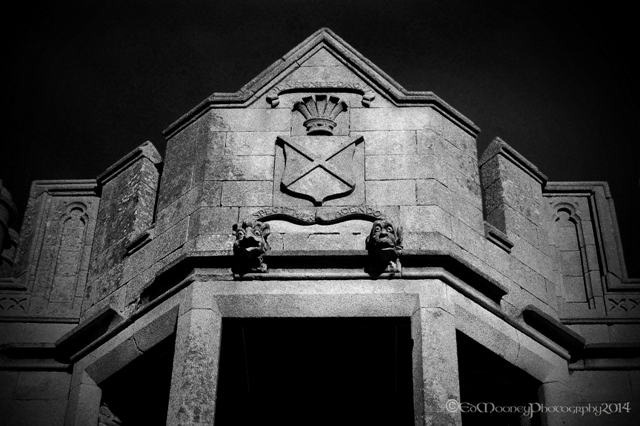 The Duckett’s were quite an important family of the time and claimed descent from William the Conqueror and the house of De La Poer. There were also family connections to both the Earls of Ormande and Kildare. The first Duckett to arrive in Ireland was Sir George Duckett, whom arrived in Ireland during the Cromwellian period. The Duckett family had their own private burial ground at Knocknacree, with the earliest recorded burial in 1839, when John Dawson Duckett’s eldest daughter, Elizabeth, died aged 18 years. There were eight burials recorded, the last of which was William Duckett who died on June 22nd, 1908. The walled-in quarter acre burial site and its headstones are still largely intact. 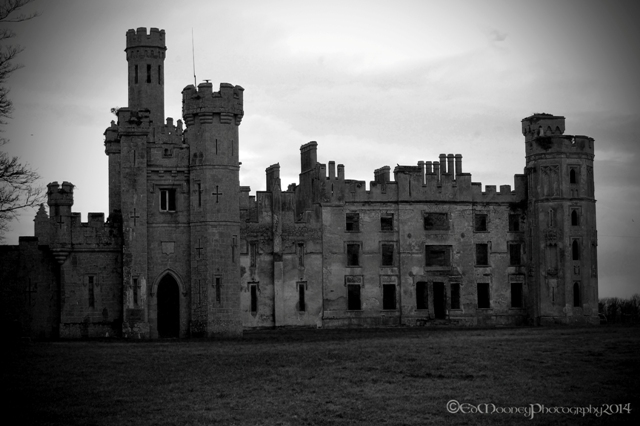 After his death in June 22nd, 1908, William Duckett  left his estates to his widow and in the absence of a male heir; he left a small legacy to his nephew John Hardy Rowland Eustace. In 1939 High Court action involved the will of Maria Georgina Duckett. The estate at the time of her death was valued at £97,735. Her only daughter had been disinherited. The beneficiaries of this large fortune were British based Protestant Charities During the civil war the house and estate were used as a training camp for the IRA.

In 1921 a group of local farmers purchased the mansion and 1,300 acres of land. After some arguments as to how the land was to be divided and a failure to repay bank loans, the Land Commission had to step in and bail out the farmers. Whilst the Bank retained the Mansion and 11 acres of land, the estate was divided between 48 farmers whom each received holdings. In 1931 the Bank sold its lot to Theo Frederick George Thompson of Hanover Works, Carlow for £320. 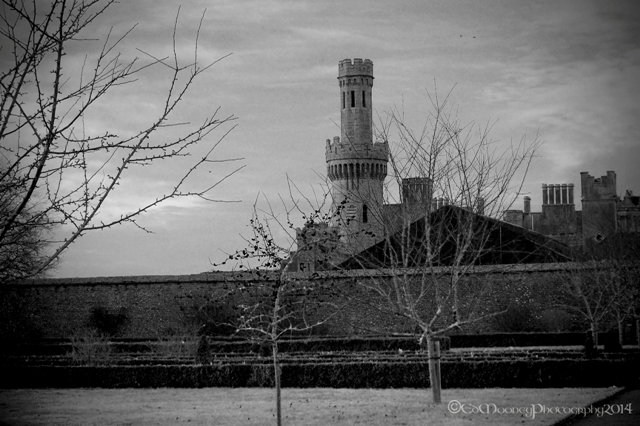 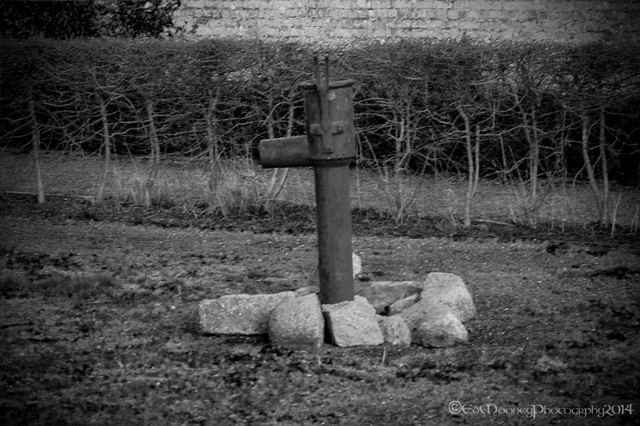 On the 20th April 1933 a fire broke out which gutted the mansion. The cause of the fire has never been determined but this was the end for Ducketts Grove as it once was. For over seventy years Duckett’s Grove stood in a complete ruinous state until in 2005 Carlow County Council acquired the property. Since then much work has been done to the building and surround to make it safe. Most notably are the two walled gardens and the old stables which now house Tea Rooms and a number of Craft workshops. On my visit I came across to guys in the upper garden whom were busy surveying a section of grass with their metal detectors. I don’t think they will find anything of archaeological significance, but whilst I had a brief chat with one of them the other guy did find a €2 coin! 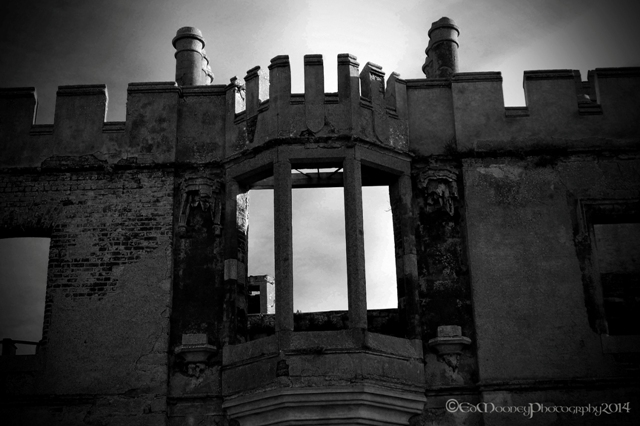 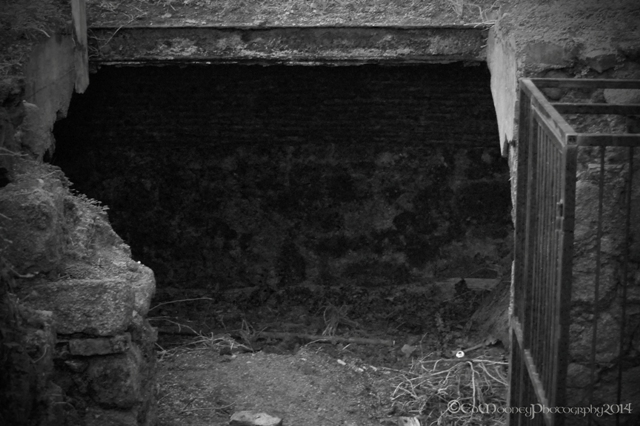 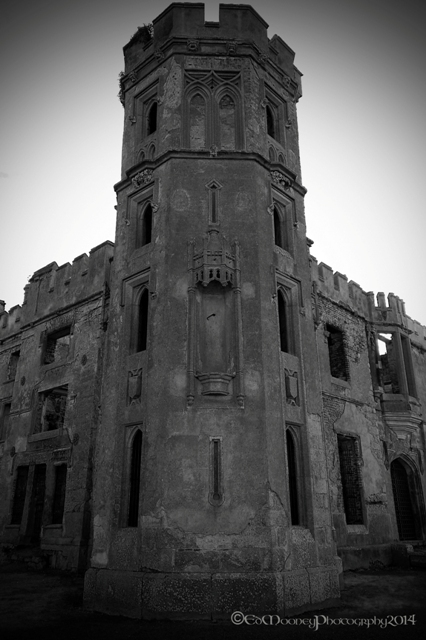 Another interesting tale associated with the mansion is an alleged connection to a banshee and a possible haunting. For anyone whom is not familiar with the Banshee, please check out one of my articles from last year on the subject which you can read HERE. Anyway, the story goes that the Banshee at Ducketts grove was in fact a local woman whom had been having an affair with William Duckett. She suffered a rather tragic death, falling from her horse one day after which her mother was said to have cursed the Duckett family. I don’t mean to be a killjoy here as I love a good supernatural tale as much if not more than the next person but the chances of a Banshee connection with the Duckett family would be quite unlikely considering their English heritage. That said the death of the girl under such tragic circumstances could well have resulted in some form of a haunting, who knows? Apparently the Syfy channel ran an investigation into paranormal activities at Ducketts Grove on a program called ‘Destination Truth’, which I have as of yet not seen.

I didn’t know this until I was leaving the estate but there is a rather stunning Gate lodge. I only noticed it when leaving as I had driven in from the other side of the estate. Unfortunately the old Ruinhunter enemy of Time was against me and I did not have enough left to stop of to check it out. It is as equally stunning as the main house but with the added exception that it is open for exploration. So for the moment the gatehouse shall have to remain at the top of my bucket list. But I plan to do quite a bit of exploring in Carlow this year, so it won’t be long before I get back to have  a GOOD LOOK AROUND. Each year a number of fairs are held at Ducketts Grove. You can find out more about these by checking out Carlow Tourism. 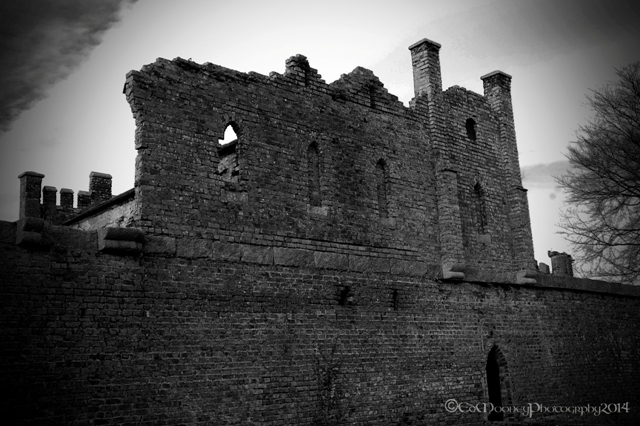 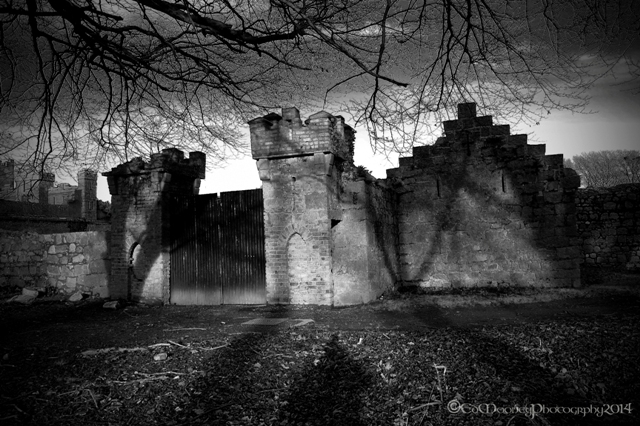 Photographer, Blogger, Ruinhunter, with an unhealthy obsession for history, mythology and the arcane.
View all posts by edmooneyphotography →
This entry was posted in Castles, Diary of a Ruinhunter, Historical, Landscape, Photography, Places of Interest, Ruins and tagged Carlow, Ducketts Grove, Ed Mooney Photography, Ireland, Mansion, photographer, ruins. Bookmark the permalink.