Posted on February 24, 2014 by edmooneyphotography 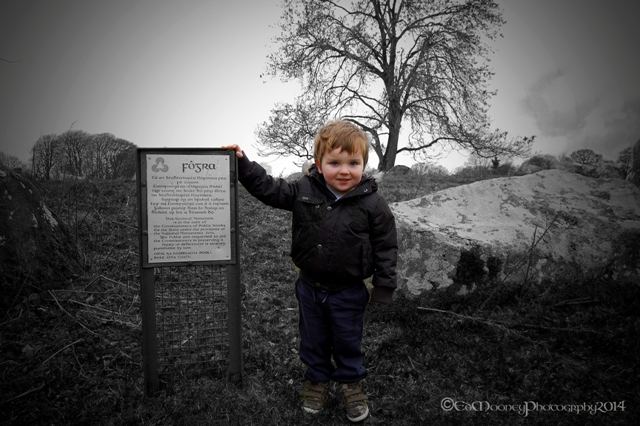 As promised I finally got back out on the road in search of new sites to explore and photograph, and took one of my little ruin hunters with me. Dylan has just turned three and is probably the most adventurous of our three kids. In his excitement, before I could grab his hand he was making his way to climb the fence instead of using the gate. The gate appeared to be chained up, but there was a sufficient gap even for me to squeeze through. The Stone circle at Broadleas rests atop a small hill in a farm field, not too far from two other stone circles I visited last year, the Piper Stones of Athgreaney  and my personal favourite, Castleruddery Stone Circle both County Wicklow. I just love finding these Neolithic sites as they seem to hold a certain energy or presence that you just don’t find at many of the ruins that I explore. It’s no wonder that they were sacred to our ancestors and thankfully a little bit of the magick still resides. 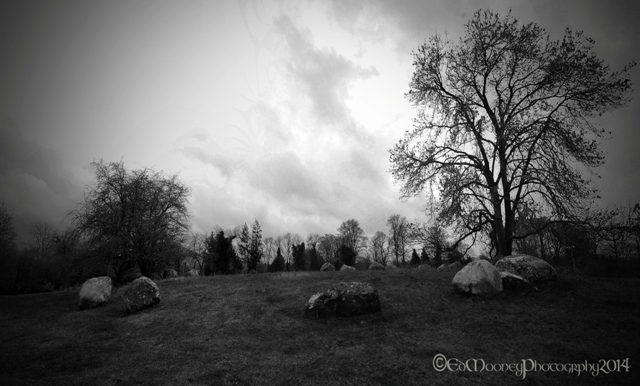 Once on top of the hill you see a massive circle of boulders approx100 feet in diameter. Whilst it has been recorded elsewhere that the circle contains about 39 granite stones, myself and Dylan only counted 28 on our visit. It is quite obvious that a number of stones are missing as the circle is not complete, but there are still enough stones left to make out the extent of the circle. In all there where probably about 48 stones within the circle in its day.  There is the usual National Monument sign just outside the circle which is protected under the national monuments Act, but little else to tell the story of this magnificent Site. These Circles tend to date from the late Neolithic to the early Bronze age. As there is no evidence to suggest otherwise, Broadleas would date back to in and around 2500B.C.

Sadly there is very little details as to why these circles were built, some believe that they were part of a transition between Kerbed chamber tombs and Stone circles. Other theories suggest that they were ancient celestial calendars or places of ritual. The sheer fact that these places were built by people who would be considered to be technically inferior to us, just goes to show that even with all our modern day advances, we really know very little when compared to our ancestors. It makes one think, how advanced were these Neolithic people and what did they know that we have yet to figure out and understand? Whatever the purpose of these sacred sites was, we can for the moment only guess, but one thing is for sure. The energy that inhabits these places is far too strong for these ancient builders not to have noticed or harnessed in some way. 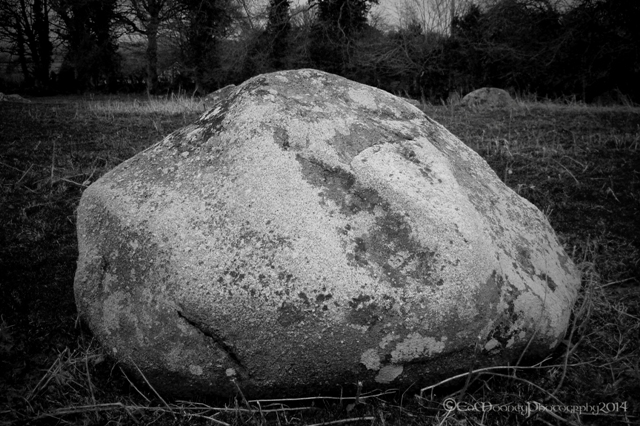 One of the most interesting things I noticed at Broadleas was the proud Holy tree which had grown in the circle, ‘That’s not unusual’, I hear you say. Except for the fact that it had split, one of the circles boulders in two, and had grown up through the stone. Now Holly is one of the sacred tree’s held dear by both our Celtic and Gaelic ancestors.  Along with Oak, Blackthorn and Ash, it would be almost impossible not to find at least one of these tree’s either in or in the vicinity of a stone circle. In fact you can also find Ash & Blackthorn growing in the circle, which to me signifies this as a truly special place.