Posted on March 19, 2014 by edmooneyphotography

So this week, I decided to try something a little bit different from the norm. This shot was taken last year during the annual Venice of Ireland Festival in Monasterevin. In the image surrounding the fully functioning 2 lb cannon are members of the towns very on re-enactment society, Lord Edwards Own. On the day they portrayed the Royal Irish Artillery with the cannon being fired numerous times through out the day. I have been fortunate enough to capture these guys  during the War of Independance in 2011,  the Civil War performance in 2012 and again in 2013 as the  Royal Irish Artillery. They are a great bunch of lads who really know their stuff.

The original image was shot in full color, but I didn’t want to go B/W with this one so I decided to do something similar to the first set of images I had taken of the group back in 2011. I started with a slight crop before desaturating the image and adding a mild sepia toning. After which I added some noise and a vignette to give it that  real old look. Normally I tend to favor B/W  shots but I just love the colors in the 2013 image. I am torn on this one but like both images for different reasons. What do you think? 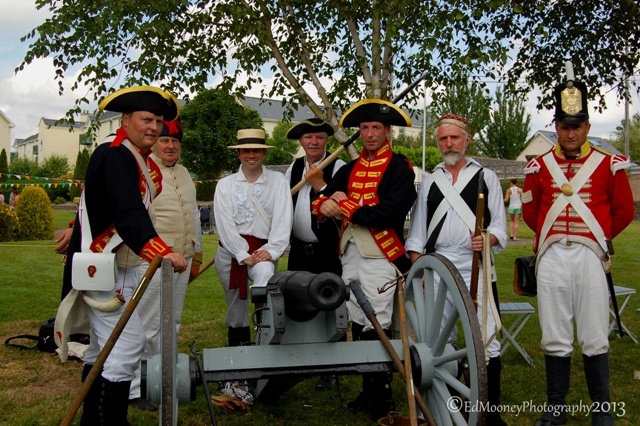 And so ends another Re-work, hopefully you are enjoying the re-worked image and I will see you all next Wednesday for another image taken from the archives. If anyone has a favorite image which they would like to see next Wednesday, then get in touch or drop me a line, I would love to hear from you