Posted on April 9, 2014 by edmooneyphotography 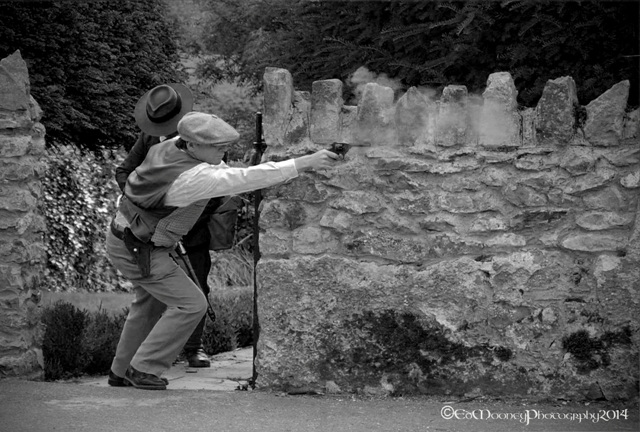 For this week, I am going back yet again to another image from 2011 and the local Re-enactment group Lord Edward’s Own. Aside from my regular ruin hunting, I just love to capture these type of images when I can. I guess it goes back to my days as a re-enactor, although I was involved in the medieval period which meant we could spend the day running around in medieval clothes kicking 10 shades of something out of each other with various swords, spears, axes and even the odd bow & arrow. Of course this was done in the safest possible manner and all participants were highly trained. God, I really miss those days. 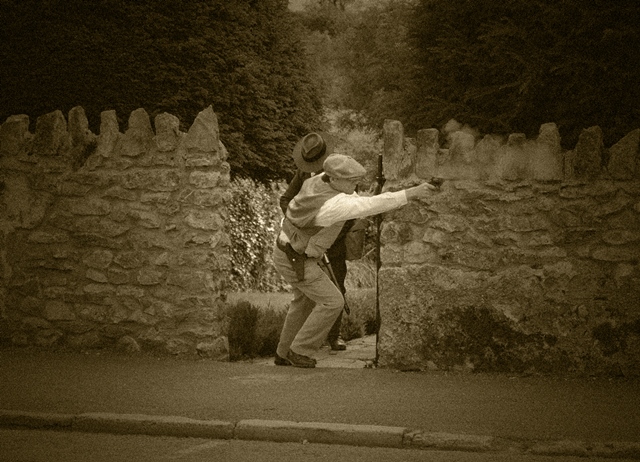 So back to this weeks shot, I took this image at the Venice of Ireland Festival the year before I was invited to become the festival’s official photographer.  You can see the original shots from 2011  HERE.The shot was taken during a re-enactment of an actual skirmish between English forces and the local IRA flying Column. Like a recent re-work I cropped the image and converted to mono.

So that’s it for this weeks Re-work, hopefully I will see you all next Wednesday for another image taken from the archives.