Posted on April 24, 2014 by edmooneyphotography

Continuing on my recent trip around Laois, I happened to pass by an interesting looking structure not to far away from Coolbanagher. It looked like s Castle type fortification or Gatehouse. So I stopped of to have a closer look. Indeed it would appear to have been a Fortified Gatehouse of some kind. Now how old it is I cannot say, it does however guard the entrance to a vast estate. So before we continue, allow me to take you back in time to 1346AD. Sidheán or Shaen Castle as it is known in English was one of eight satellite castles built in the area by Lord Roger Mortimer. These were all outposts of his main fortification at Dunamase. These castles of which Sidheán was one, would have served as an extra layer of defence for Dunamase. 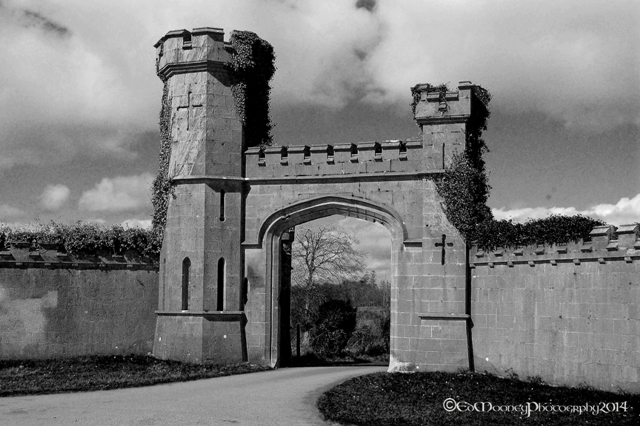 According to local legend The great Gaelic Chieftain Laoiseach O’Moore was said to have attacked and successfully destroyed all nine Castles in one night. Sidheán was eventually rebuilt some time later, only to be destroyed once again in 1650AD by the army of Oliver Cromwell. In the 19th century a certain Dean Coote built what was said to be a fine mansion on the site of Sidheán. This mansion later passed on to the Kemmis family. Eventually it was acquired by Laois County Council. In 1932 it once again opened its doors as a tuberculosis sanatorium. It subsequently closed in 1968 and re-opened as a residential service for older people in 1970. 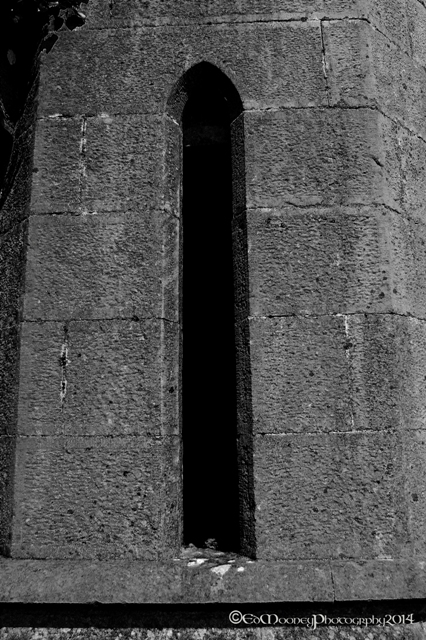 Now back to our entrance, I don’t believe that this structure would have stood back in the day of the Castle. But I would suspect that it was an addition to the estate at Sidheán either during the construction of the Mansion house or sometime after. This was a popular thing to do as wealthy land owners were able to indulge their whims financially. Another example of this Gatehouse / Entrance can be seen in Carlow at the stunning Ducketts Grove. In fact the more I compare the two the more resemblance I see, Both the Mansion at Sidheán and Ducketts Grove as we know it were constructed around the same time and both have that Castellated Gothic revival appearance. If anyone can shed any further light on Sidheán, please get in touch or leave a comment. I would love to hear from you. 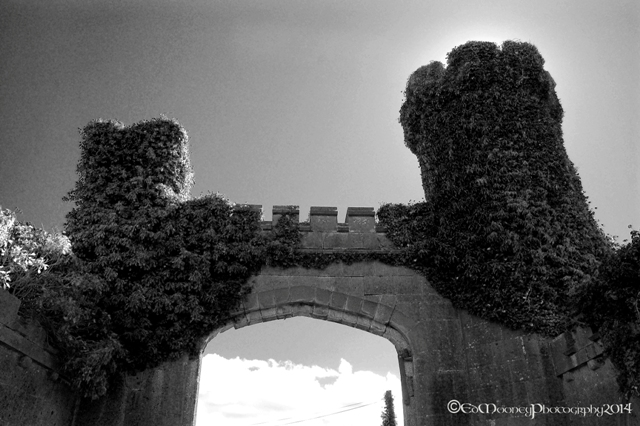 Photographer, Blogger, Ruinhunter, with an unhealthy obsession for history, mythology and the arcane.
View all posts by edmooneyphotography →
This entry was posted in Castles, Diary of a Ruinhunter, Historical, Photography, Ruins and tagged Castle, Ireland, Laois, Nikon, photographer, Ruin Photography, Sidheán, Travel. Bookmark the permalink.

24 Responses to Remnants of Sidheán