Posted on May 5, 2014 by edmooneyphotography 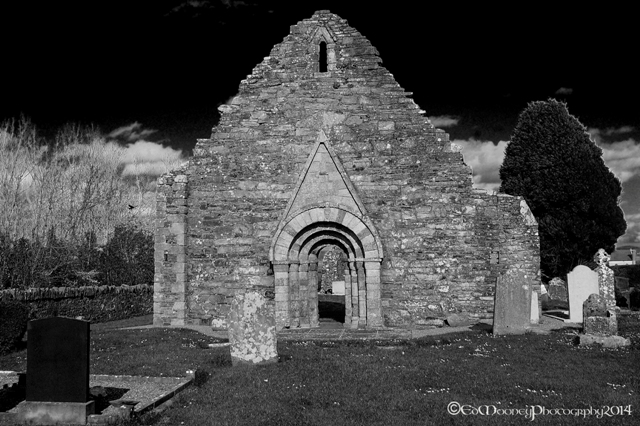 The next site on my list in Laois was the surprisingly stunning church at Killeshin. There are literally thousands of old ruined churched scattered all around the countryside, sometimes you can’t turn a corner without stumbling across one. But what makes Killeshin quite unique and different from all the others is its stone carved Romanesque doorway. An early Christian settlement founded by St. Diarmuid of the local Uí Barraiche clan in the late  5th century once stood here, but the site is more associated with a St. Comhdan. Sadly nothing of the early Christian Monastery has survived. There was once a Round Tower which stood to the NW of the church but this was said to have been taken down by a local land owner in 1703. The Tower was said to have been 105ft in height, but there is not even a visible trace of its existence today. Killeshin derives from the Gaelic Cill Uisean, which means ‘Church of Uisean’. Uisean was an Abbott at the monastery. The current church ruins date from the 12th century and features one of the most decorated Romanesque doorways that I have encountered to date. It is now a national monument. 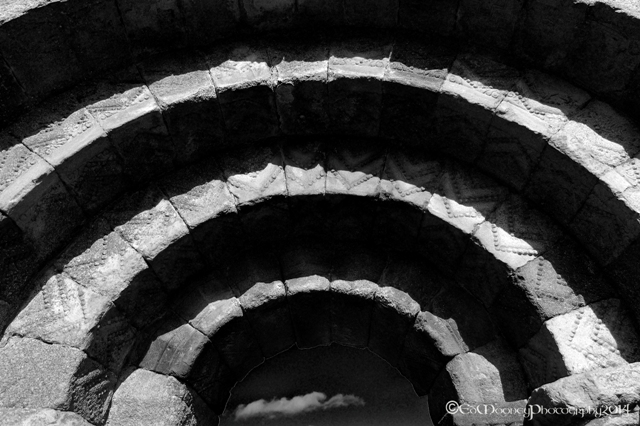 Killeshin was said to have been plundered and the oratory demolished in 1041AD, again it suffered more destruction in 1077 when it was burned. Whilst there are no historical references as to whom or what caused this destruction, normally the plundering and burning of monastic settlements is associated with or friends from the North, The Vikings, whom are well known for their raiding. However during the 11th century there was much rivalry between warring clans in Leinster. As there is no mention of Viking involvement in the destruction at Killeshin perhaps it was the local clans who may have caused the damage? 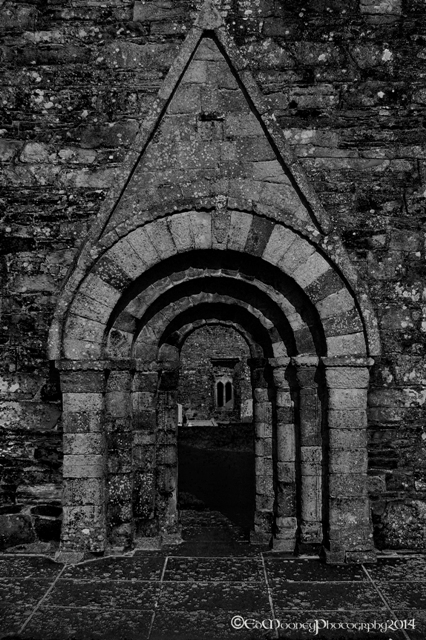 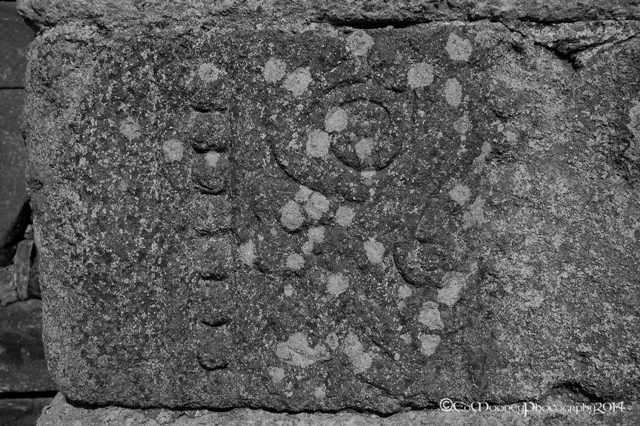 All that remains of the current church which was built around 1150AD are the west end Nave and the east end Chancel and part of the north wall. The church was approx 28m in length and constructed from uncoursed rubble masonry, sandstone and granite quoins. There are stunning carved windows and the Romanesque doorway in the west gable, which really needs to be seen in person to truly appreciate the magnificent architecture and attention to detail that went into its construction. I firmly believe that this was a labour of love for the craftsmen whom created this fine example of work. Unfortunately I don’t think that my images can do justice to the quality of work that went into This stunning doorway. The doorway itself has contains four receding orders beneath a unique pointed arch hood, each order contains capitals with human heads carved. The hood is decorated with various animal and floral motifs and its keystone with relief carving also bears another human head. In the lower relief motifs there are some gorgeous Zoomorphic designs and knotwork which looks to be of Scandinavian influence. 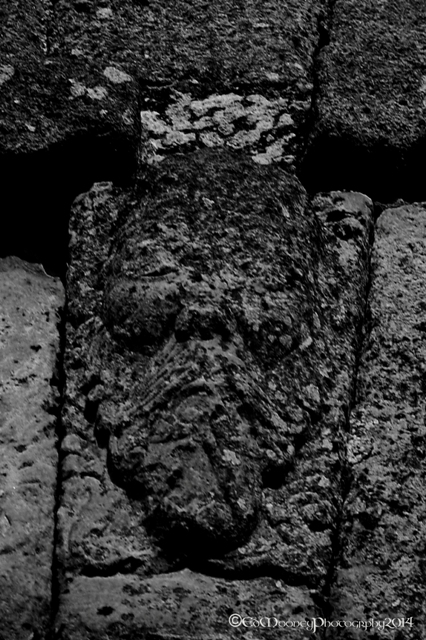 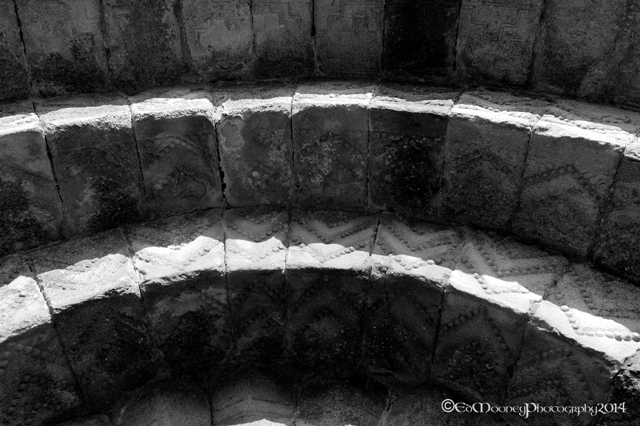 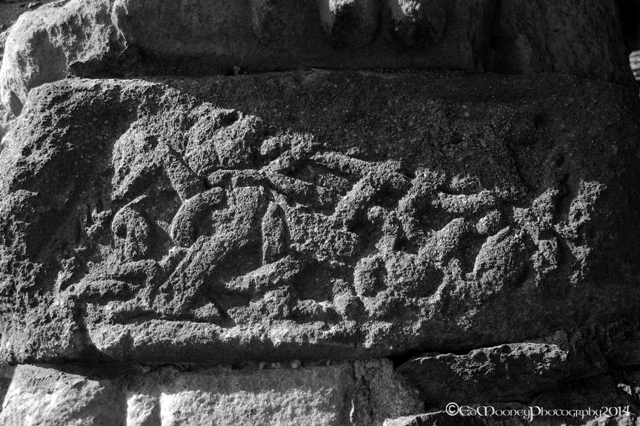 On the north side of the doorway just above the capitals there is a rather interesting inscription ‘ORAIT DO DIARMAIT RI LAGEN’, translated as ‘A prayer for Diarmuid, King of Leinster’. Now some of you may remember me mention this former king of Leinster as Diarmuid Mac Murchadha whom was disposed of by the O’Connor High King of Ireland at the time, I won’t rant on about him too much here, suffice to say that it was this idiot whom went to England to seek help from the English crown to recover his kingdom. This in turn resulted in the Norman and Anglo invasion of Ireland and over 800 years of foreign occupation and oppression in Ireland. Diarmuid is also connected with some other  fine religious sites located at Baltinglass, Glendalough and his capital Ferns.

The west gable also has a round headed window with a pointed arch surround. There is a similar larger window in the North wall, with  visible traces of carvings in the jambs and arch of the window.  The East end of the church seems to be a later addition probably from the 15th century. The original window in this section was replaced by the current twin ogee-headed window. In the south-East corner of the church there appears to be what was known as an aumbry. There have been a number of modern day burials within the ruins of the church. Just outside the doorway you will see the remains of an old granite font which would have once stood inside the church. It is rather plain with no sign of carving or decoration. On the outer wall of the graveyard there is a plaque which tells of restoration work that was carried out 1992 by a local group and F.A.S. The grounds are well maintained and whilst I was here I observed a number groups visiting the graveyard. Its nice to finally see such an important heritage site being lovingly cared for and not forgotten. If you get a chance I would highly recommend paying Killeshin a visit. The only other Romanesque Door or Archway that I know of is in Castledermot, Co. Kildare. it is not as visually appealing as Killeshin but is worth a look at if you are a fan of this type of architecture. You can read more about it Here. 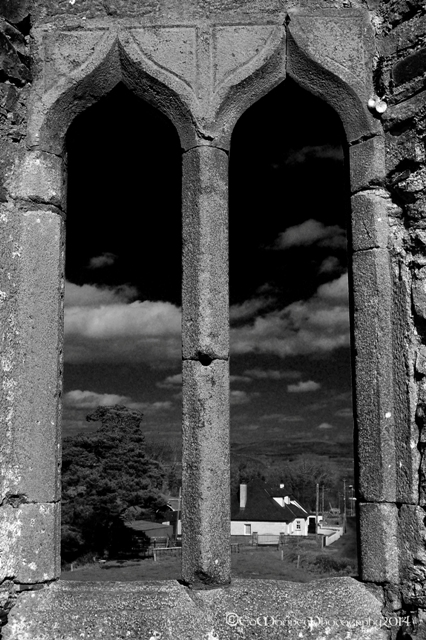 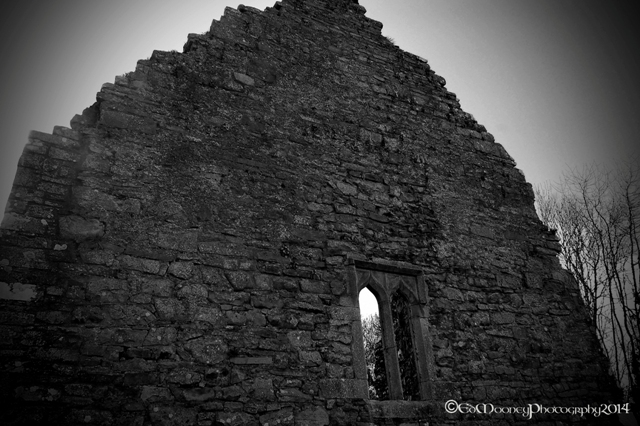 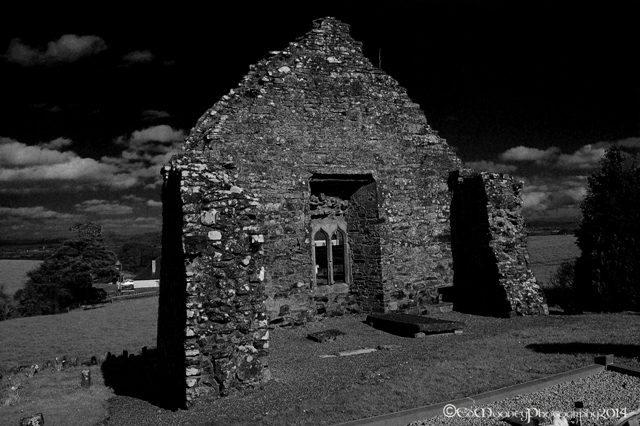 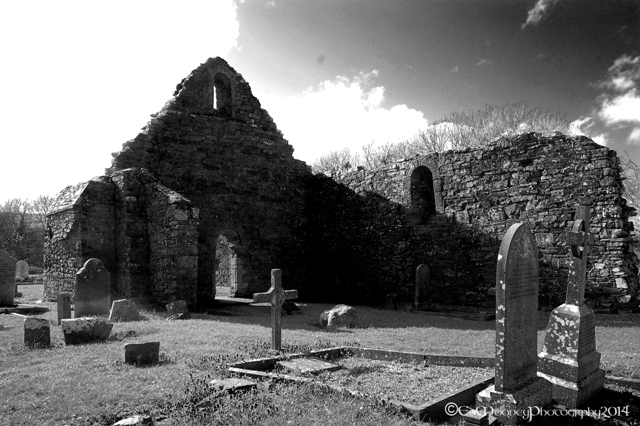 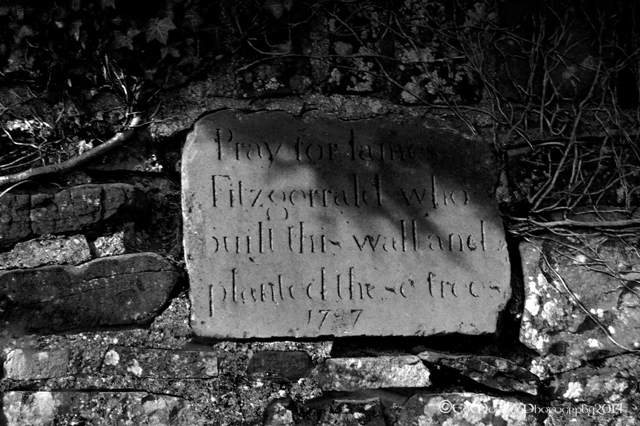