Posted on June 25, 2014 by edmooneyphotography 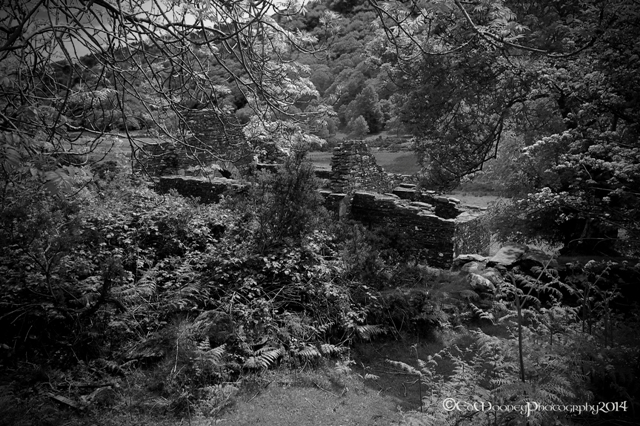 Finally, moving on to the last of my posts from Glendalough for the moment.  The Trinity Church. You can actually see the church ruins and enclosure from St. Kevin’s Well as you look across the river. To find it, you must leave the main car park at the visitor center and turn right. There is a signpost about 300 meters up the road. From here you need to step over a short fence and make your way down a slight incline, where you will come to the enclosure wall with a stile consisting of four or five steps. The stone rectangular enclosure surrounds a small church yard with Trinity Church situated in the center. 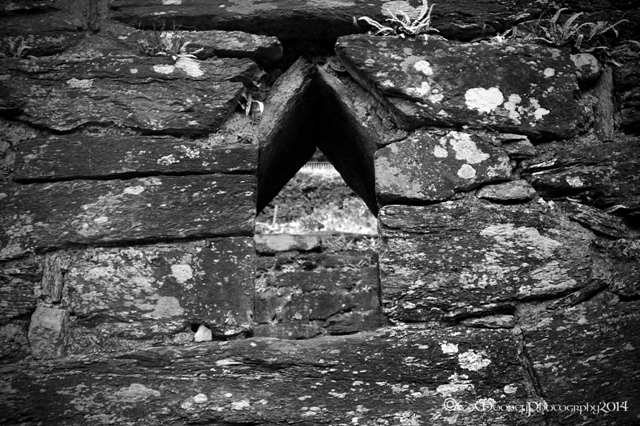 The church consists of both a nave and chancel with a granite chancel arch. The west wall features a door with inclined jambs and a lintel, which leads to what looks to have been a later addition to the church. This would probably have been a sacristy, which once sported a corbelled roof and Belfry/Round Tower, similar in fact to St. Kevin’s Kitchen back up at the Monastic City. The roof and tower are said to have been destroyed during a storm in 1818. A round headed door was also inserted in the south wall.

The chancel is lit by two windows. In the east wall, you will see a single round-headed window, with a pointed window in the south. The nave is light by a single round-headed window in the south wall. Another interesting feature is the six projecting corbels which can still be seen on the exterior. These were part of the construction which would have supported the roof 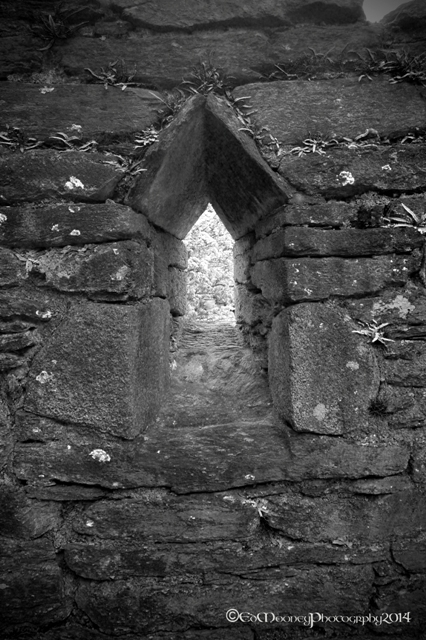 According to some field notes I read on ‘Trinity Church there where two small grave markers to the west of the enclosure’.  Sadly I could not find any trace of these. Surprisingly, you would expect to find a number of old stone grave markers within the churchyard, even the St. Saviours Priory had two or three remaining. But there is nothing to show that the enclosure was even used as a burial ground over the years. There is however a cross slab which seems to have been recycled at some stage. This slab forms the top step of the style into the churchyard’ at Trinity Church. Unfortunately  there is no interesting history or folk tales to be found for this little ruin, and so ends my final exploration of some of the many sites to be found at Glendalough. I hope that you have enjoyed them. 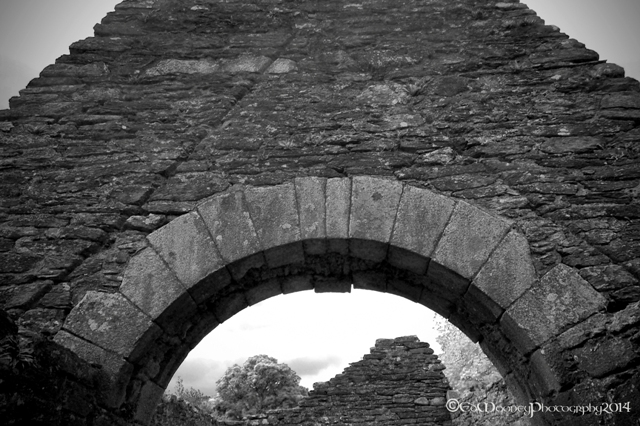 Photographer, Blogger, Ruinhunter, with an unhealthy obsession for history, mythology and the arcane.
View all posts by edmooneyphotography →
This entry was posted in Diary of a Ruinhunter, Medieval, Photography, Religious Sites, Ruins and tagged Glendalough, Ireland, monastery, Nikon, photographer, Photography, Travel, Wicklow. Bookmark the permalink.