Posted on July 28, 2014 by edmooneyphotography 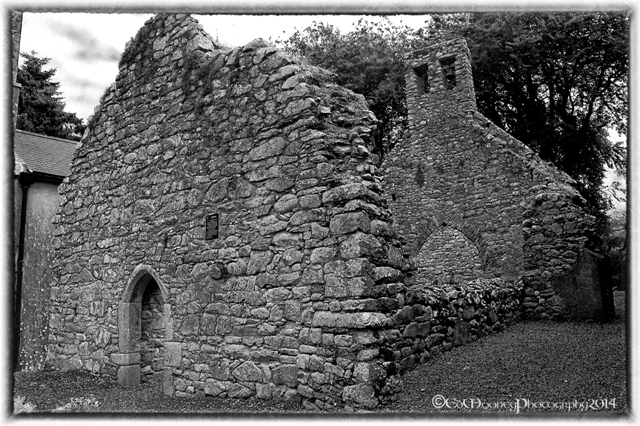 The next building we come to is known as Teampall Mór in Gaelic or ‘The Big Church’,, it’s the oldest surviving structure here. Said to date from the 15th century with parts that are much older, perhaps 10th/11th century? It’s a rectangular structure made mostly from roughly coursed granite. What remains now is a nave and chancel. The wall which separates these once had a rather nice pointed archway, but was filled in with stone. You can still however make out the shape of the archway. There is a doorway, but it blocked with a locked gate. Someone had tied a nice little wooden cross to the gate. On top of the Nave/chancel wall there is an interesting double belfry, with only one bell remaining. It is kind of hard to see, but I did catch a glimpse of a chain coming down the wall from the belfry which would suggest that perhaps the bell is still in some state of working order. 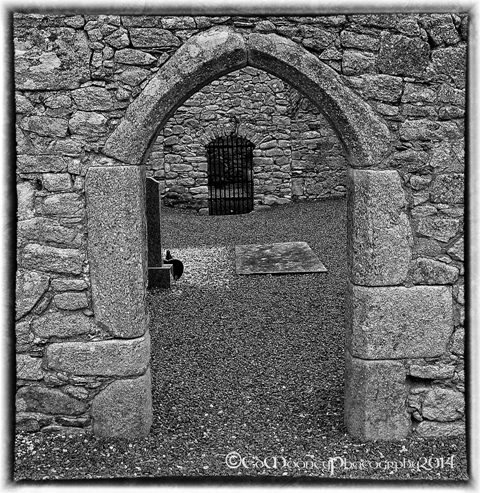 The south wall of the nave is gone but all other walls are still standing. The west enterance also has a small granite water stoup which has survived. It is believed that the walls of the nave extended beyond the gables forming antae or pillars. Inside the chancel are a number of grave markers an plaques. There is a single pointed window in the east wall to light the chancel. Teampall Mór is also said to contain the grave of St. Moling. 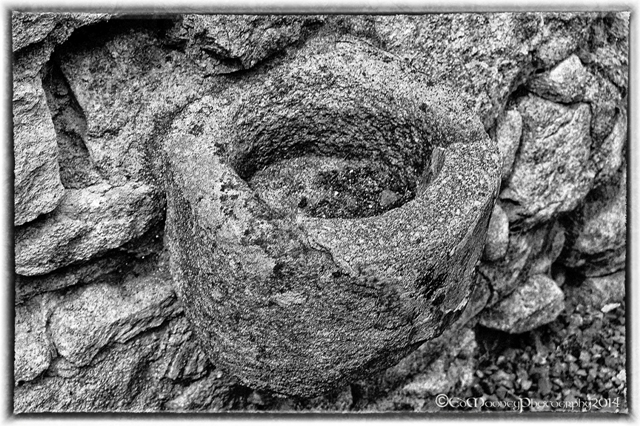 Looking out to the Graveyard 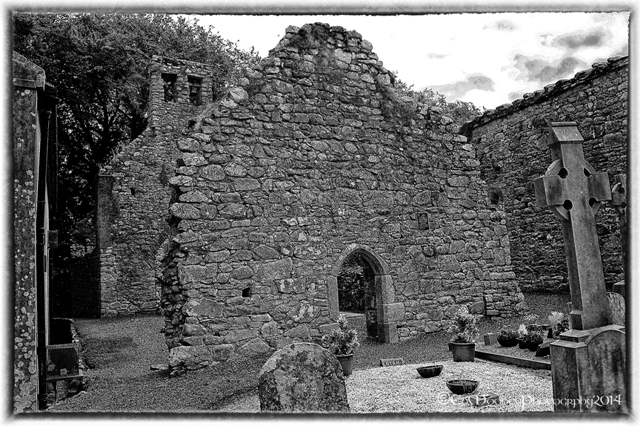 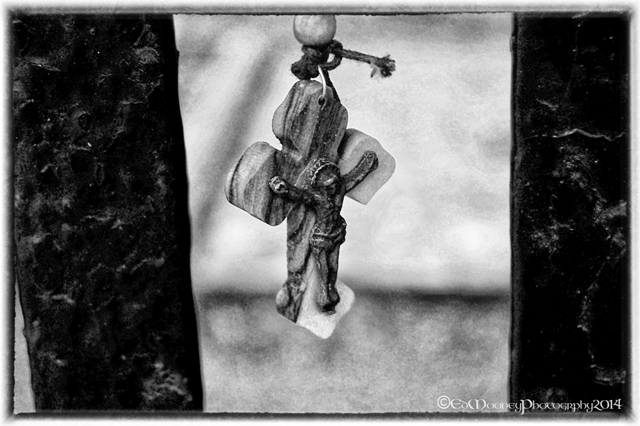 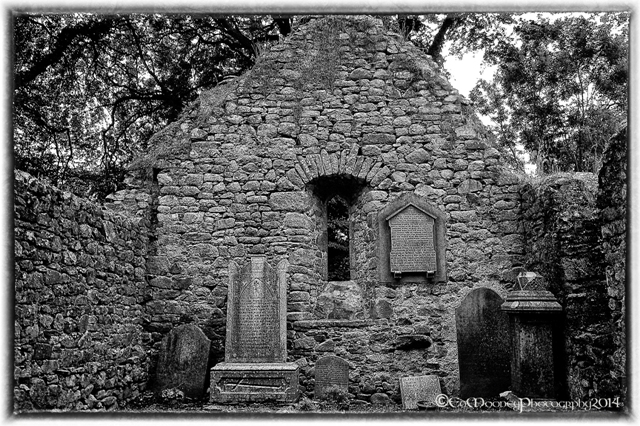 19 Responses to An Teampall Mór