The High Crosses of Duiske Abbey

Posted on August 22, 2014 by edmooneyphotography

Im really excited about this post as it is the beginning for me of exploring a new county. Duiske Abbey, also sometimes known as Graiguenamanagh Abbey rests in the middle of the nice little town of Graiguenamanagh at the foot of Brandon hill in Kilkenny. Now a National Monument, The Abbey originated in the 13th century as the church of a Cistercian monastery that was founded by William Marshall, Earl of Pembroke in 1204AD. It was said to have been one of the finest Cistercian monasteries in medieval Ireland. The Abbey gets its name from the Douskey River, (An Dubhuisce meaning Black Water in Gaelic). It was not until three years later that monks began to arrive here from Stanley in Wiltshire.

Entrance to the Graveyard

As was the case with many religious sites across Ireland the Abbey was suppressed by Henry in 1535 and the last abbot, a Charles O’Cavanagh resigned his post. Many monks continued to live here, but the lands were given to a James Butler and the Abbey soon fell into ruin. The Abbey church however continued to be used as a place of worship

Now onto the purpose of this article, tucked away in the south corner of the graveyard, you will find two rather interesting granite high crosses which date back to the eight & ninth centuries, along with the base of a third which we know nothing about. Im not sure as to why, but both of these crosses were taken here from elsewhere.

The north cross came from Ballyogan and its carvings look quite similar to the North & South High Crosses at Castledermot. The south cross came from Aghakiltawn and looks to be the older of the two with a crucifixion scene on the west face. The north cross has carvings which depict scenes from the Book of Genesis including the sacrifice of Isaac, David with a Harp and the Crucifixion of Christ. There are some nice geometric patterns carved into the north and south sides of the shaft. 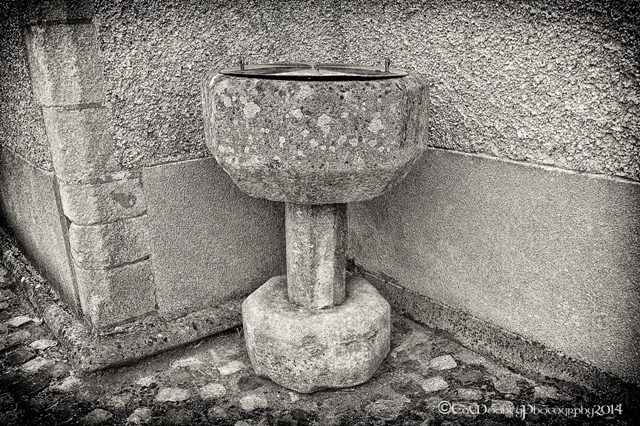 The last tragedy occurred in 1744, when the tower collapsed into the nave. It later underwent some renovations while serving as a place of worship for the Protestant Church of Ireland, returned to the Catholic community in 1812. Duiske Abbey was fully restored 1980’s. 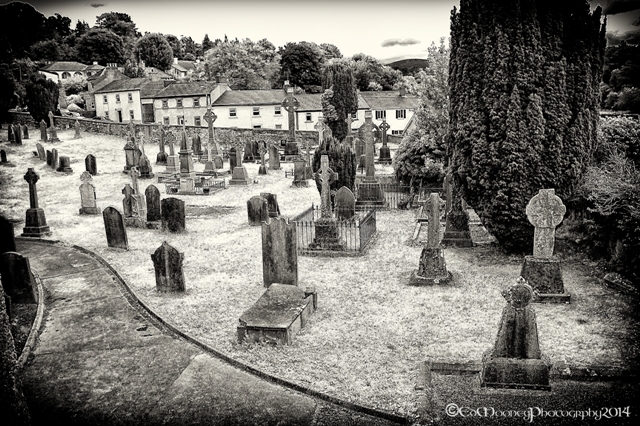 26 Responses to The High Crosses of Duiske Abbey