Posted on September 12, 2014 by edmooneyphotography 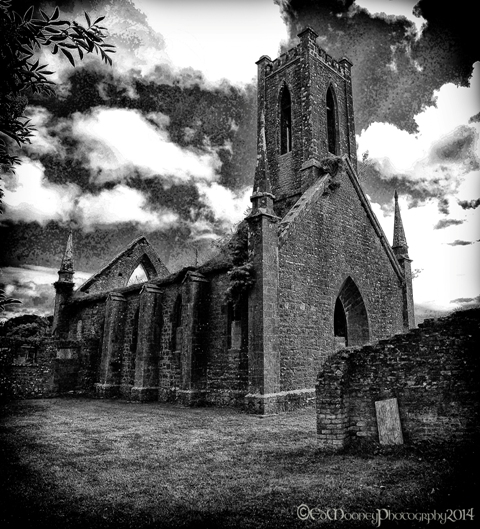 SO a few weeks ago after spending the afternoon with the family at the Kildare Maze, I got the chance to stop of and explore this rather picturesque ruin. Some of you might recognise this church from a previous image I shot for the weekly Monochrome Madness Challenge. In fact it is actually the site of two ruined churches. The first one is actually quite modern, and was only built in 1831. The second, which barley qualifies as a ruin, as it a small portion of a wall and stone rubble, but is believed to date back to medieval times. Situated just outside the village of Prosperous, in Co. Kildare. In the Townland of Ballynafagh from which it takes his name, this church sits within a rectangular boundary wall in the center of a crop field. Upon initial approach I became concerned, as I could see no access point or right of way. And as the wheat crop was in full growth ready to be harvested it was looking like I might not get to explore the church.

I continued to drive up the narrow country lane where I spotted a gate leading into the field, and was amazed to find that the farmer had left a pathway through the crops to the church enclosure. The church at Ballynafagh having only been built in 1831 is probably one of the youngest ruins I have explored to date, but is quite visually pleasing. Said to have been built to accommodate 200 people with a grant of £900 from the ‘Board of First Fruits’, it was described in the deed of consecration as measuring 16.5 meters by 7.5 meters. One of the most striking features has to be the Finials in each corner, which rise up from four of the buttresses. 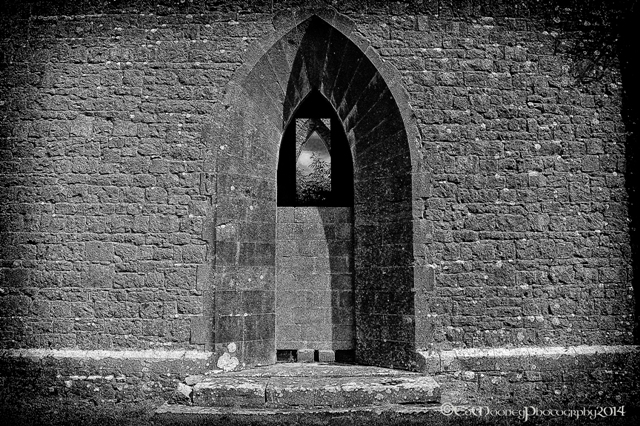 There is a fine large Arch window on the East wall but all of the windows and the entrance door have been bricked up so no I was unable to gain access to the internal part of the building, which is a shame as I was looking forward to checking out the bell tower. There is also the remains of a sacristy attached to the North wall.It would seem that the church was still in use until the late 20th century when during a severe storm in the early 1980’s it was badly damaged. In 1985 the building was made with the removal of the roof and the blocking-up of doors and windows. To the south east stands a small portion of a wall belonging to the old medieval Church. Only a short length of the North wall of this building survives, built of rubble limestone masonry, with a mix of large unworked boulders and some smaller field stones facing a mortared rubble core. 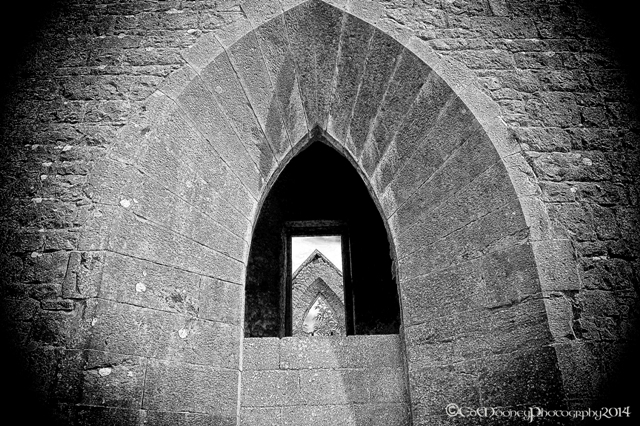 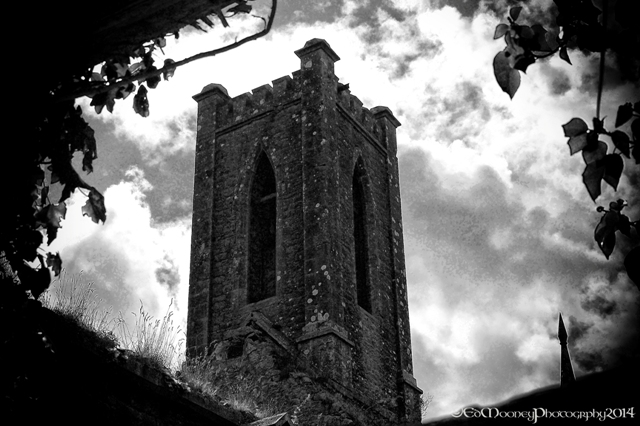 It contains a partially robbed-out window embrasure to the East of centre, and retains a dump of stones against its South face. Some believe that the site is actually part of early ecclesiastical enclosure, but there is no written evidence to support this. Also within the boundary wall there stands a lone tree in the North-East. The majority of grave markers can be found to the east. Whilst the majority of headstones are upright and straight, some are leaning and a very small number are broken. 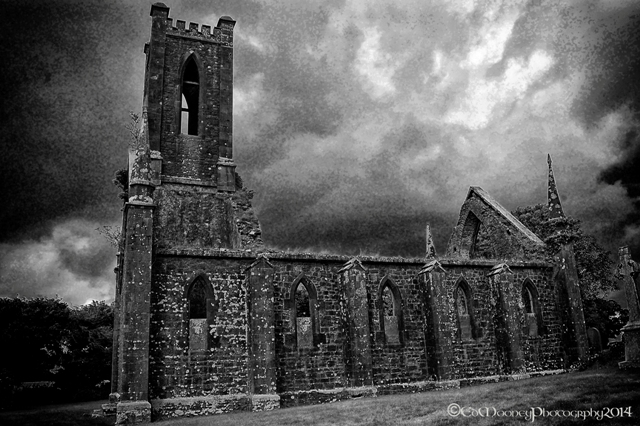