Posted on October 16, 2014 by edmooneyphotography 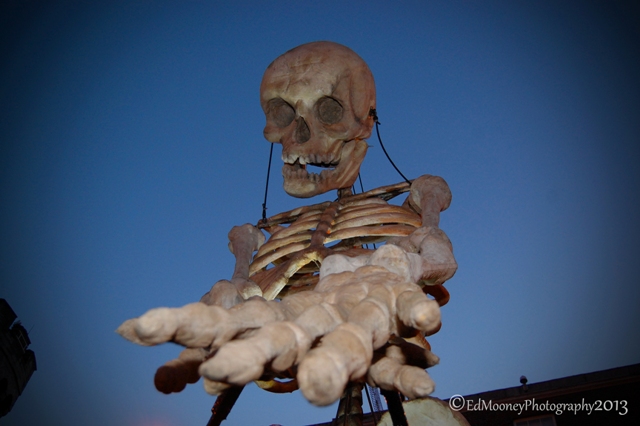 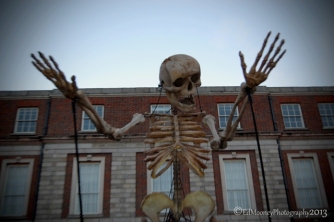 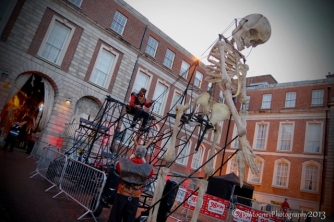 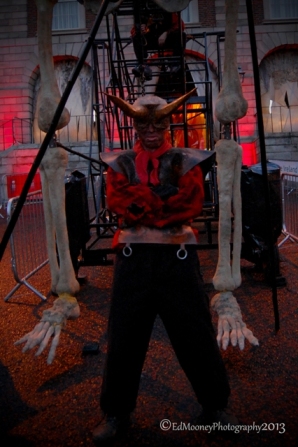 And so sadly we come to the final article on last years Bram Stoker Festival in Dublin exclusively for the thefairytaletraveler.com. Its been a real blast of a trip down memory lane for me, which should pysc me up in time for this years event, which kicks of in about two weeks time. If you are in Dublin or get the chance to come over to our shores I can highly recommend a visit to this festival, It will blow your mind 🙂 Check out the full list of events planned for this year over at BramStokerFestival. And so on with the show……..

The Finale of the recent Bram Stoker festival was the spectacular ‘Dracula’s Fire Garden’. Located in the courtyard of Dublin Castle, The Vampire Dracula and his demonic minions over ran the state apartments and set up shop for the weekend. With Darkness falling in a blink of an eye across the  city, the grounds of Dublin Castle changed dramatically into a finely tuned horror fest. 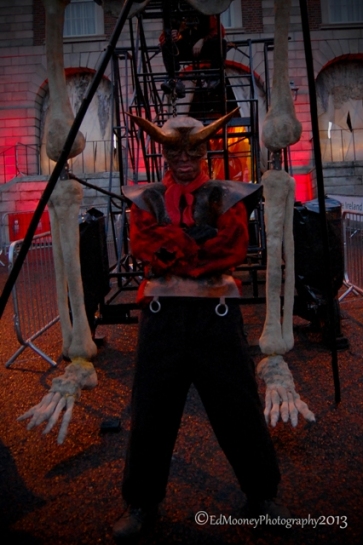 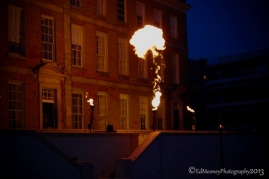 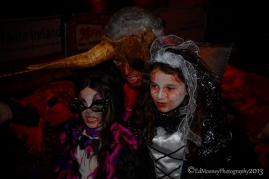 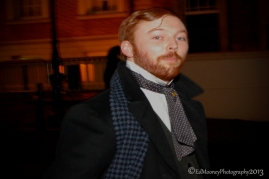 Upon approach of the outer courtyard, you were faced with a gigantic moving skeleton whom slaved away under the control of the Vampire’s minion’s. Just to add to the effect some rather amazing pyro-technics erupted in sequence along the courtyard walls.

As I entered through the arched gates to the inner sanctum, home of the fire garden, I encountered further demons. Luckily for them, they were caged and unable to do anything but frighten unsuspecting passers-by. Once inside, the senses received a literal kick to the nether region, there was so much going on. Trees tipped with flames, monstrous flowers and blazing bushes that scorched the air as ghouls, demonic minions and Nightwalkers were up to no good. 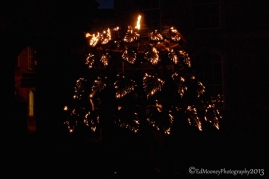 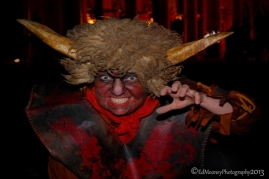 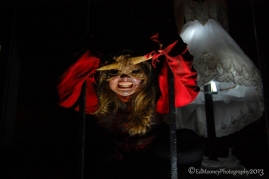 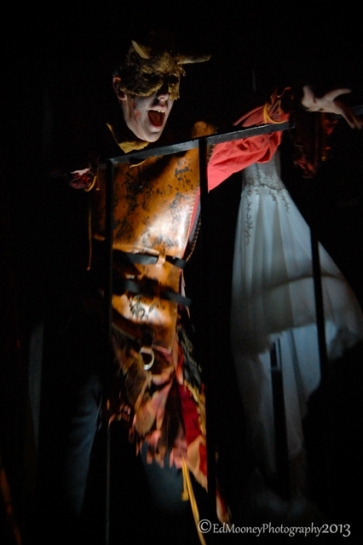 There was the curiously odd couple in the corner whom seemed to be conducting horrific experiments on some poor souls remains. Also to be found were the hauntingly beautiful Brides of Dracula roaming around the Courtyard in a dazed state, as if something or someone was controlling their every thought and move.

Up above on one of the state room balcony’s I finally caught a glimpse of the Master himself. His presence overshadowed the night. He surveyed the evening’s macabre proceedings as if conducting his very own symphony. I got the feeling that everything that happened here was entirely at the will of the Dark Prince.

After about forty minutes the three brides moved slowly towards the entrance to the state rooms were three open coffins were laid out. As the brides lay down in their temporary resting place, I noticed that the attention of the minions and their master seemed to be concentrated on the three brides. I seized what may have been my only opportunity of the night to escape the clutches of the Vampire and leave Dublin for the safety of home. If I had not done so, whom knows what might have become of me? Truth be known I may not have survived to tell you this tale! 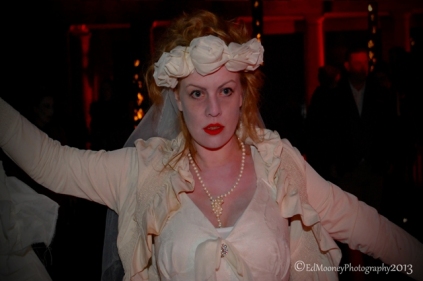 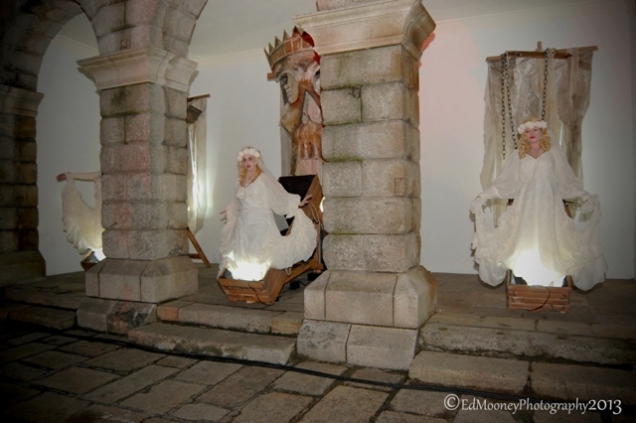 Dracula’s Fire Garden was  created by outdoor arts experts Walk The Plank with a chilling performance from the renowned street theatre specialists,Spraoi. It was a perfect end to a great day. With more than enough activities to keep the entire family, young and old, entertained. This was my first year at the Bram Stoker Festival and will most certainly not be my last. Perhaps I might even see you there next year….. 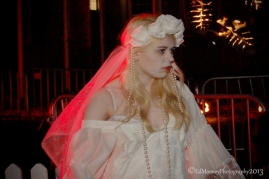 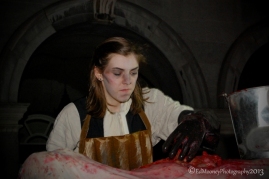 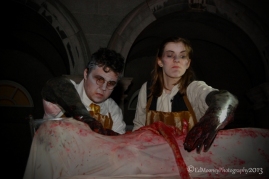 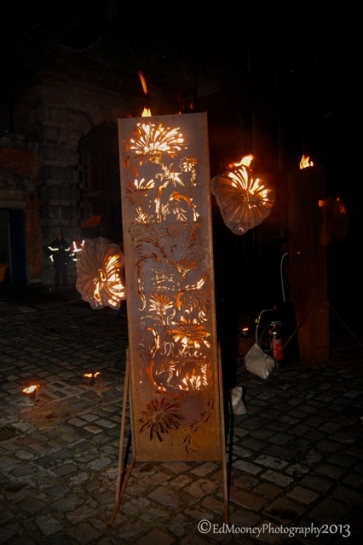 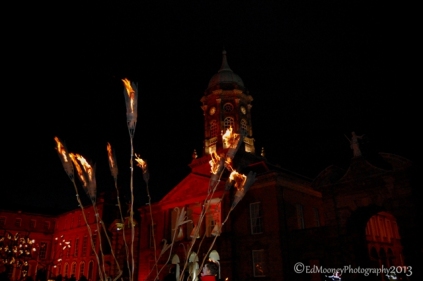