My Photoblog Adventure 2014, A year in review Part 2

Posted on January 1, 2015 by edmooneyphotography 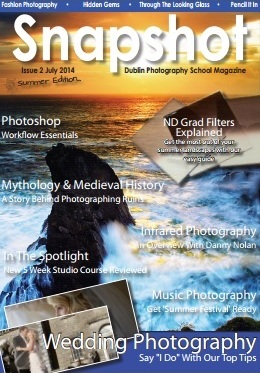 I had planned on posting this yesterday, but the madness of yesterdays celebrations did not afford me the chance to finish it. And so too part two of my adventures for the last six months of 2014. July kicked off with a first for this Ruin Hunter with a visit to the Ogham Stone in Donard. These stones are a rarity and this has been the only one I have seen in person so far, perhaps 2015 may see a few more, fingers crossed. The whole family went down to the annual Summer BBQ hosted by the nice folks at the Kildare Foods Open Farm & Shop. I also made a return visit to the early Norman period chapel at Fontstown with Ryan, whom is really taking a liking to these Ruin Hunting visits. You know you are on a winner when an eight year old is able to point out ‘Round Headed Arch Windows’ and ‘Bell Cote’s’. July also saw another first for me, when fellow WordPress blogger Stewart Kenny whom is also the ‘Head of Training’ at the Dublin Photography School, invited me to write an article for their online Photography Magazine, Snapshot. You can download Issue two which contains my article HERE July also saw me visit a rather interesting, but crude cross shaped stone in Ballymore Eustace known as the Coughlanstown Cross. Then much closer to home I spent time exploring the Passlands Cemetery in Monasterevin. 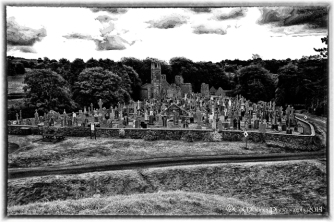 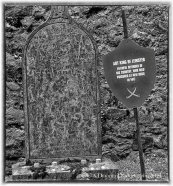 Similar to Glendalough in June, much of August was spent exploring the Monastic site of St. Mullins and the surrounding area in County Carlow. From the ancient Motte & Bailey found just across the road, which is believed to have been the site of an earlier Irish fortification, prior to the Norman invasion. to various sites within the St. Mullins complex St. Mullins High Cross which can be found to the rear of An Teampall Mór, then you have The Stump which is all that remains of the Round Tower and the Resting place of an Irish King, too name but a few of the many sites located here. 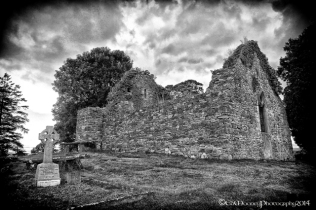 August also saw another trip through Carlow, which included visits to Black Castle in Leighlinbridge and the High Crosses at Duiske Abbey. Then it was a return trip to Laois and the Medieval Church of Clonenagh with Ryan and Ava for company. After which we managed to squeeze in Cullahill Castle.

September also saw me return to Laois with Ryan and Ava, we first stopped of at the Standing Stone in Aghaboe which I had missed on a previous visit. We also explored the nearby Aghaboe Abbey and Motte and Bailey. After a return visit with Ryan to Grey Abbey another of Kildare’s three Abbey’s I had the opportunity to do a guest blog for another fellow WordPress blogger and all round good guy Steve Hague. I wrote a rather long piece for Steve’s blog Life in Russia which covered the history of my hometown of Monasterevin, from its ancient beginnings right up to the present day. It was so big that Steve published it as a two part series, Part 1 can be seen HERE and Part 2 HERE. With September coming to a close, I managed a trip to explore the remains of Carlow Castle, and whilst not much of it remains, it still has a foreboding presence over the town. 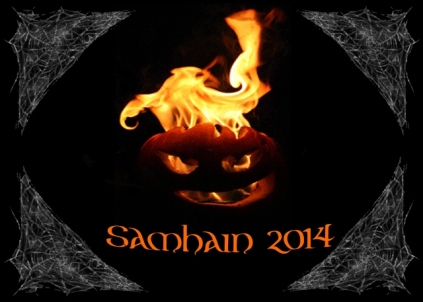 October is one of my favourite months of the year, truth be known, I enjoy it more than Christmas, but don’t tell the kids! In the run up to Samhain I wrote a number of Halloween themed articles starting with one on the Irish author and creator of the infamous Dracula, Bram Stoker, this was followed by some articles I had written for thefairytaletraveller last year which covered some of last years fabulous Bram Stoker Festival. I also got to explore one of my old childhood haunts up in the Dublin/Wicklow mountains, the massive sprawling woodland that was once Massey’s Estate. I also finally completed an article that had been on my mind for some time where I went on a literary Search for Werewolves, I did’nt find any, but I did enjoy the journey. After a rather disappointing journey to Laois once again we had the Clonaslee Bell & Crosses before I finished the month with another article on the Werewolf. This time with an ancient Irish twist, The Werewolves of Ossory. 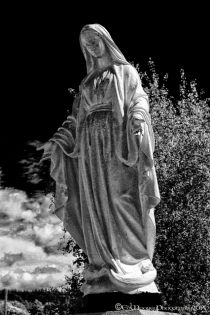 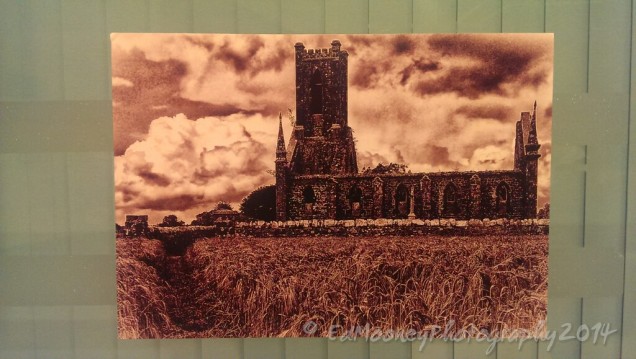 November Kicked of with a rather interesting collaboration with another talented blogger Jean Tubridy on her blog SOCIAL BRIDGE as part of her Festival of Bridges. Then it was finally time for the annual Bram Stoker Festival, this year did not go as I had hoped, but on with the show. The Vamp Wire up in Wolfe Tone Square in Dublin was a blast and I was kindly invited by fellow Photographer / Blogger Columbia Hillen to attend a lecture given by her husband John Hillen in the Mansion House on his captivating book, Digging for Dracula. You should definitely check this book out. This also happened to be the first time that the Ruin Hunter and the FairyTale Traveller got to meet in person. After publishing some rather atmospheric images of the Statue in Donard, Steve Hague from Life in Russia generously wrote an absolutely fantastic guest post for my blog, entitled, ”Irish and Udmurts Share “Redheadedness” in which he explored various connections and similarities between Russia and Ireland in regards to Redheads. Being married to one and with my daughter also bearing gorgeous locks of read hair, I was deeply impressed by this piece. Earlier on in the year I had been asked to contribute some images for a calendar competition in aid of Epilepsy Ireland. It was run by my pals over in the Dublin Photography School and many of you helped me narrow some potential entries down to three. One of which made it into the calender as an honourable mention. Once again a big thank you to all of you whom helped me with the choices and or supported this worthy cause. 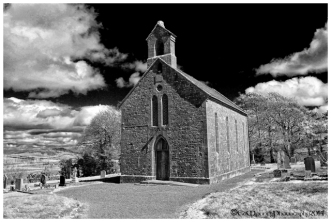 December was a very bad month for me, with changes in work, Car troubles and all the madness that comes with the season, I got to shoot very little and even found it hard to keep up with my regular Monochrome Madness Challenge and the Re-work Wednesday. But slog on I did and over the year I have amassed a nice collection of images that I might not have done otherwise, so firstly I would like to say a big Thank you to everyone whom has supported my endeavours during 2014, and to everyone whom has followed, liked, commented, advised, critiqued, guided or given me the odd kick up the arse when needed and kept me motivated. You know who you are, so from the bottom of my heart, THANK YOU 🙂

Finally for the season that it was we saw the return of the Christmas Elf to the Mooney House. Followed by the traditional Christmas Jumper shoot with the kids in front of the Christmas Tree. And so the year comes to a close. Fingers crossed 2015 will be a great year filled with further explorations and adventures for me to share. So until next time, as we say in Ireland;

Happy New year to all my friends,  May all your dreams and wishes come true in 2015.

13 Responses to My Photoblog Adventure 2014, A year in review Part 2