Posted on June 26, 2015 by edmooneyphotography 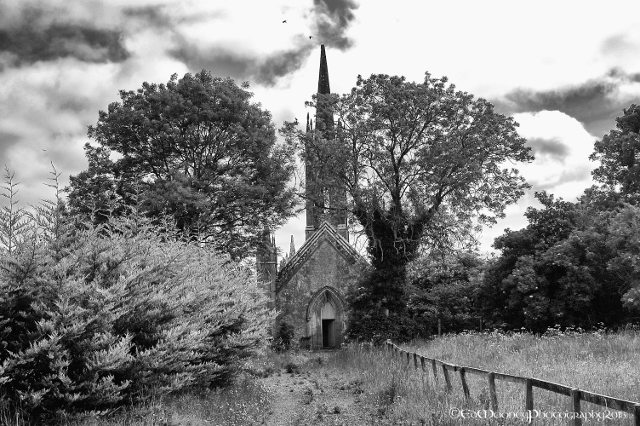 I stumbled upon this little chapel on my recent trip out to the hill of Allen. As I was driving up a small country road I managed to catch a glimpse of one of the steeples, and as is always the case, my curiosity got the better of me and I had to pull over and take a closer look. The church rests at the end of a long narrow laneway in the middle of some fields. There was no lock on the gate, just a little piece of string to keep it closed, presumably to keep any animals out. Whilst making my way up the lane, I began to compare the chapel to the old ruins I had visited last summer out in Ballynafagh. Although the ruins at Ballynafagh are not in as good condition, they do have some similarities. Both churches share a similar Gothic design, the steeples where the first thing I noticed. Whilst Ballynafagh was built in 1831, the chapel in Feighcullen was not built until 1829.

Feighcullen was designed by the famous architect John Semple, whom would be better known for his work at The Black Church (St. Marys Chapel of Ease) and Monkstown, both in Dublin. Which makes me wonder, was Semple involved in the design of Ballynafagh? Well Semple worked for the Board of First Fruits, a Church of Ireland group whom were also involved in Ballynafagh. The chapel was erected with a gift of £830 and a loan from the Board of First Fruits of £277, not a small sum of money for its time. On top of that it is said to have also received the sum of £248 from another group known as Ecclesiastical Commissioners. And so what we end up with is a stunning five steeple chapel of Gothic design. 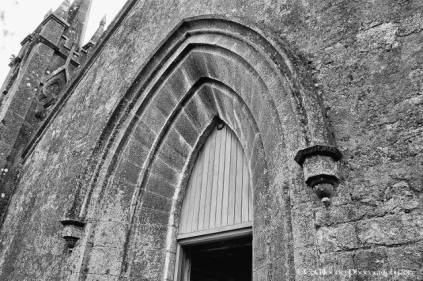 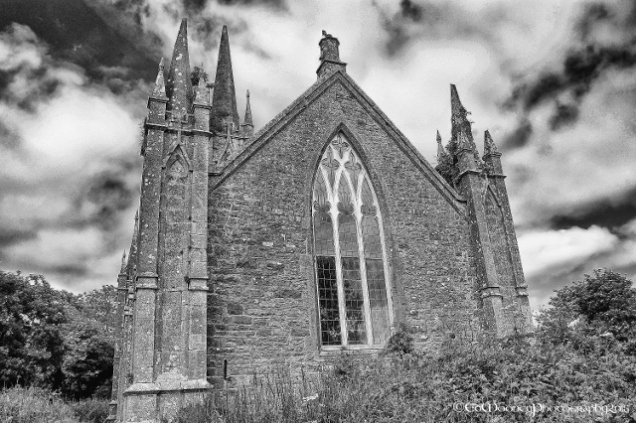 The chapel’s most notable features are the five steeples, one at each corner with a larger one resting atop the belfry tower. Surrounded by an overgrown graveyard and a number of ivy clad trees. Sadly the north section has been badly neglected and is completely overgrown, whilst the other three sides are not perfect, you can still manage to wander around quite comfortably. Most of the visible gravestones date from 18th-20th century and are covered in Lichen. I could not find the original Gaelic name, but Feighcullen would seem to mean Cullen’s Wood! Apparently the chapel was built on the site of an early Christian church which no longer exists. It is rumoured that a rather crude baptismal trough which dates from this older church is now housed in the main church in nearby Allen. There is also a story that tells of a saint whom hailed from Feighcullen. Beoan is listed as one of the Irish saints, being a son of Nessan of Feighcullen. It is believed that he came from the Cathaoir Mor clan of Leinster.

The main door with its arced stonework is accessed from the east and was open when I arrived. But I decided to take a walk around the exterior to get a feel for the place before I went inside. The exterior stone work is in great condition for its age when compared to its peer in Ballynafagh, but on closer inspection you can notice where resent masonry repairs have taken place. Both the North and South sides of the building contain five lovely lancel arch windows and there is a large traceried, three light, window to the east gable end. 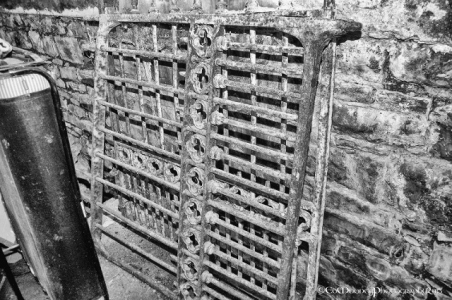 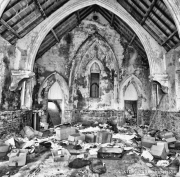 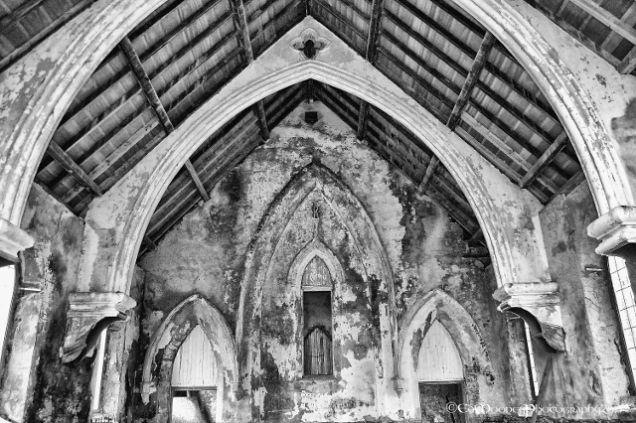 Once inside if you look up you can see right up the bell tower. Inside the entrance you can turn either to the left or right, both bring you through similar archways into the main area of the chapel. It was in this part of the chapel where I came across one of the most disgusting sites I have seen in a long while. Some dirty B£$t^rds have been using the place as a dumping ground. There were suitcases full of old clothes, bags and bags of old photos and albums, boxed of video tapes and tonnes of old papers and letters all strewn about the place. If I didn’t know better I would have thought that a bin lorry had reversed into the hall and dumped the bloody lot there. That said the main part of the chapel is quite bare, with parts of the floor in a bad state, although there are clear signs of some serious restoration work being carried out in recent years. Most if not all of the wooden frame of the roof has been replaced along with the decorative windows and arches, which is nice to see. On a final note, if anyone is interested, with my birthday coming up soon in a few months, Feighcullen is actually on the market for the bargain price of just €189’000. If anyone is feeling generous enough. Wouldn’t it make a gorgeous base of operations for everyone’s favourite Ruin Hunter? 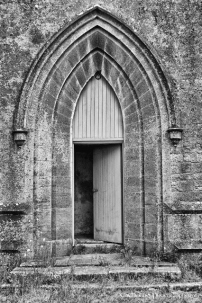 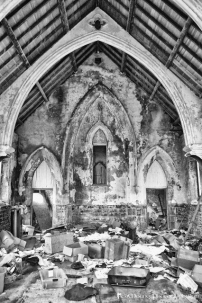