Posted on November 23, 2013 by edmooneyphotography

Finally its good to be back on the ruin hunting trail after a busy, but long hiatus away. Most of October had me side tracked with some Halloween themed posts, a big thank you to all who have indulged me in my slight diversions over the last number of weeks, hopefully these articles were enjoyed by readers as much as I enjoyed doing them. I also had the chance to celebrate the  true Celtic Dark Moon Samhain with some old friends. I also had the chance to cover the Bram Stoker festival up in Dublin for a fantastic travel blog thefairytaletraveler.com. Then tragedy struck, my two month old laptop got very ill and had to be sent away for repair. Its still not back yet, but I did manage to squeeze a loan machine from the retailer. Which brings us up to date, so on with the show.  I have had an ongoing interest in Clane for a number of years now, I guess it dates back to mid 2011. This was the year that myself and the good wife got finally got hitched. We had our reception in the Westgrove Hotel in Clane. Amid all the fuss of the day I still managed to notice an ivy clad crumbling ruin located across the car park. The history of Clane dates back to the fourth Millennium B.C. Excavations in the area have uncovered a wealth of artifacts to back up this claim, but that is a story for another day. 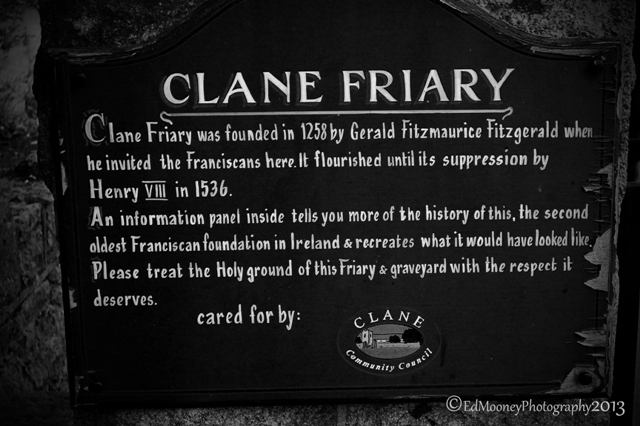 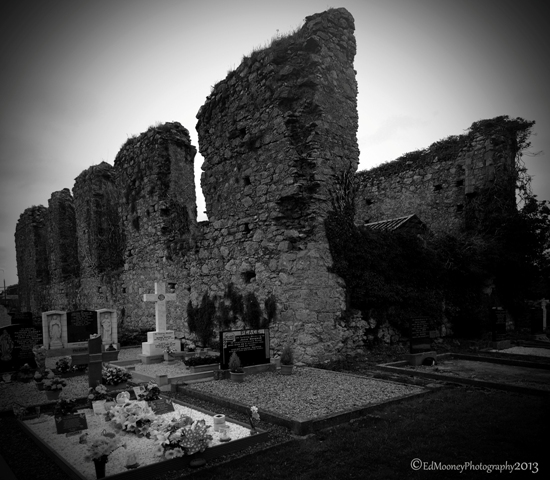 Clane or Claonadh in Irish is the seventh largest town in Kildare and lies on the west bank of the river Liffey. Interestingly the name of the town is said to come from a number of english translations of possible Irish words. Claonagh is the most commonly accepted version which translates as ‘A sloping place’. This may refer to a number of sloping features in the surrounding area most notable is the main street which features steep slopes on both sides of the road. Two other possible Gaelic names are also linked to Clane, firstly ‘Cluain’ which means Field or Meadow. Ancient records give this name in two variations ‘Cluain Damh’ (field of the Oxen) and ‘Cluain Ath’ (field of the ford). Both are reasonable names to associate with the area. Another name with similar connections is ‘Cluaine’ a term which means sanctuary or holy place. Whilst all are fitting place names we shall refer to the town by its modern name for the purposes of  this article. 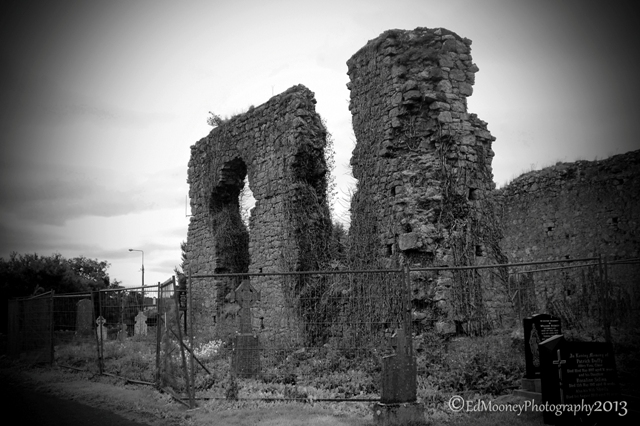 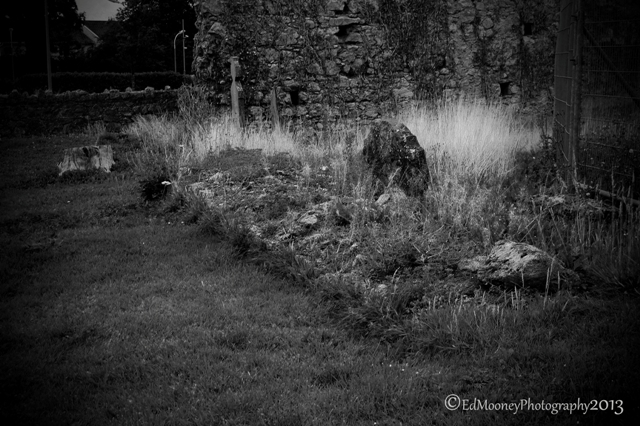 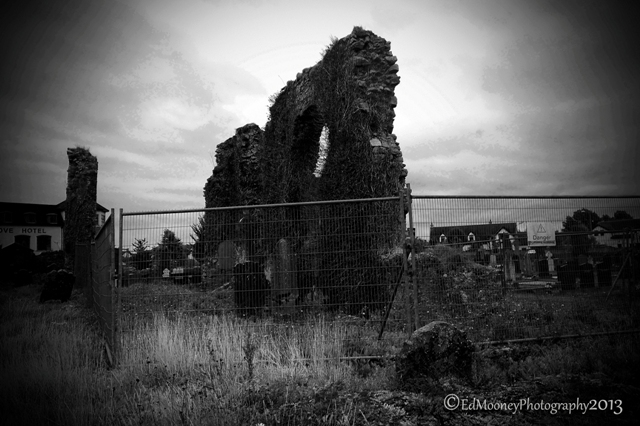 I was initially somewhat confused as to the name of this site the land around it are now commonly known as Abbeylands. Initially I thought that the ruins were of an abbey, but after some research I found that it is indeed the remains of an early Franciscan Friary built back in the thirteenth century. The word Friary comes from the French word frère which means brothers. The Friary according to the ‘Annals of the Four Masters’, was built in 1258 AD by the Norman Gerald Fitzmaurice, the second Lord of Offaly and a member of the infamous Geraldine Dynasty,  whom held vast tracts of land in the area. After the Norman invasion of Ireland the church in Ireland was taken over by Anglo-Norman clerics, it was quite common practise for old monasteries to be replaced with the establishment of Friaries run by the preferred religious orders of the time. The foundation of the Franciscan Friary meant the end of an earlier monastic settlement which once existed in Clane. It is presumed that many of the monks from the settlement would have been absorbed into the Franciscan order at this time. 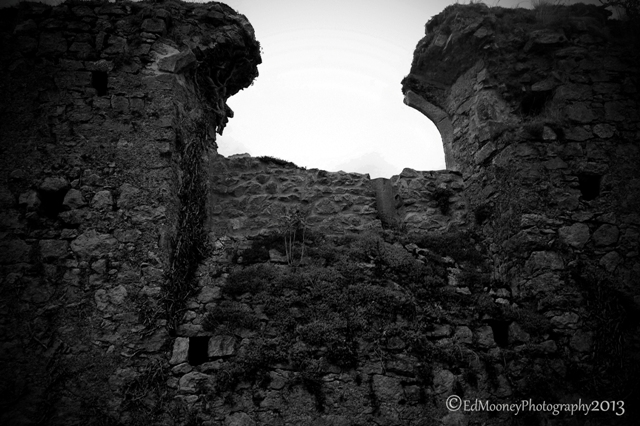 The Friary consisted of a church, a cemetery, a chapter house, a dormitory, a storehouse, a kitchen a stable, two chambers, an orchard and approx seventy acres of land. The ruins of the Friary are now surrounded by the Abbey Cemetery which is maintained by the Friary & Abbey Cemetery committee of Clane Community Council. Information signs have recently been installed and illustrate the former scale of this important site.With only the remains of the friary church and part of the outside transept wall still standing, but are in quite a poor condition with parts fenced off, presumably to prevent injury from falling stone!. The largest surviving part of the building is the north wall which is 38 metres long. Of the south wall only 20 metres stand, while the east wall is partially collapsed.The site of the friary ruins has become home to the local graveyard and a green space lies on the far side with a large supermarket and hotel adjacent.

A General Chapter of the Order was held here in 1345. Records show that the Franciscans kept their connections with Clane until well into the eighteenth century, though the medieval monastery was in ruins by this time.Records from the office of Public works tell that the Friary had to be rebuilt after 1433 AD. The Friary is believed to have flourished here in Clane right up until the dissolution of the monasteries in 1540AD when Henry VIII abolished the religious orders, seized their estates and granted these lands to his Barons.Some time later in 1540 parts of the friary were destroyed and some features of the friary were taken by Lord Grey to repair Maynooth Castle. 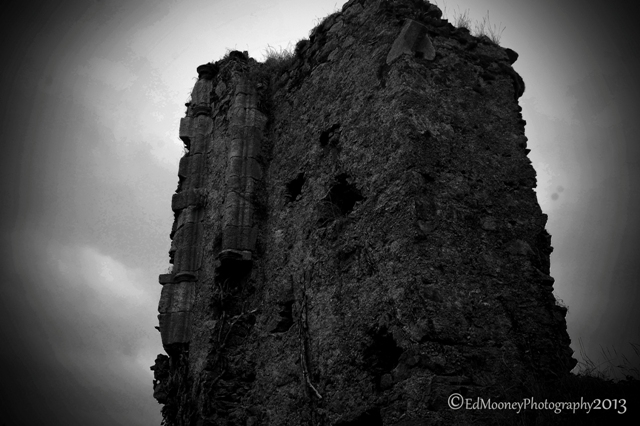 Gerald FitzGerald died in 1287 and historical documents differ as to where he was buried. Although one account suggests he was buried in the Abbey at Kildare other evidence suggests he was laid to rest in his foundation at Clane where an effigy in his likeness remained on a marble monument up to the early 1700s. Today a fragment of this monument survives. On my visit here I was unable to locate the statue, but it is believed that Fitzmaurice was actually buried somewhere in the grounds.One interesting fact in relation to the site comes from aerial photographs of Clane which show a linear cropmark running south from the south-west corner of the graveyard. This has been interpreted as a possible ancient roadway.