Posted on July 4, 2015 by edmooneyphotography

I probably should have started off my recent journey around Kildare town with the Cathedral as it is the largest and most detailed of all the interesting structures, but here we are. The Cathedral is quite unique in the fact that is the only site in Kildare town which is still in use for its intended purpose. All the other religious buildings are in ruin.  Situated in the centre of a graveyard opposite Market Square. You will find the jewel of Kildare town, known as St. Brigid’s Cathedral. It’s actually located on the site of an early Christian Settlement established by Brigid around 470AD. Which is believed to have also been the site of an older pagan shrine to the Celtic goddess Brigid. Cill Dara (Kildare) means Church of the Oak and takes its name from the foundation by Brigid of a church underneath an Ancient Oak tree. I first visited here back in 2011 with my eldest son Ryan, this was his first expedition and you can read the post HERE. Some of the information about the great history and archaeology of this great site comes from the guys at Abarta Heritage. Please take a moment and check out the link at the end of this post where you can hear the story for yourself with their free audio guides. 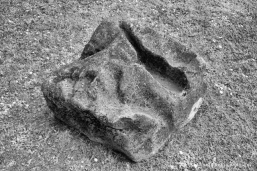 The Cathedral consists of a Nave and Chancel church with a central square tower and transepts mostly constructed using coursed limestone with the exception of the chancel which has some fine ashlar masonry. In 1223 the Cathedral was said to have been in a ruinous condition. But the first English Bishop of Kildare, Ralph of Bristol is accredited with rebuilding the Cathedral. Ralph was a former Canon of St. Patricks in Dublin and is probably better known for recording the life of St. Laurence O’Toole. In 1588, tragedy struck, possibly due to weak foundations, which resulted in the collapse of the central Tower, Chancel and the northern semitransept. This in turn led to the entire roof falling down. In 1686 the Choir was rebuilt, and it served as a Cathedral until the late 19th century 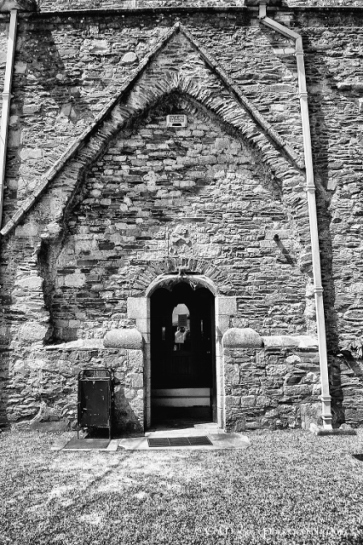 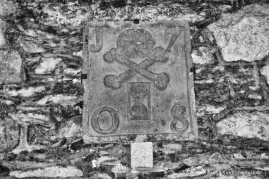 During major restoration work which begun in 1896, the north semitransept, most of the Chancel, the western windows of the Nave and much of the central tower where completely rebuilt. Some stunning external Buttressing was also added to support both the Nave and Chancel, which only adds to the grand effect of this building. The upper floors of the Cathedral can be accessed via a spiral staircase within a modern Turret at the Nave. Sadly access to the upper levels appears to be restricted to the public, but the first floor has two pointed windows in each wall. The second floor has three smaller pointed windows with granite jambs in each wall. As mentioned, the north and south walls of the Nave are supported by six external buttresses joined at the top to form arcades, five of these frame a lancet within. The west gable wall is also buttressed at either end and has three modern lancets. The north semitransept which was rebuilt in the late part of the 19th century looks quite similar to the southern one, it also contains three lancets in each wall. 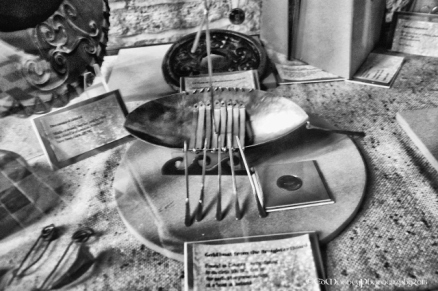 Entry to the Cathedral is via a door in the east wall of the south semitransept. It’s a modern pointed doorway which has been set into a much older pointed arch. Inside you will find a treasure trove of artefact’s on display all connected to Kildare throughout he ages. My favourite has to be the early Bronze Age leaf blade complete with its Anthromorphic handle. I loved to use a pair of these in battle during my former re-enactment days. Although were the original blades would have been made from bronze or some similar alloy of the period, mine were carbon steel and deadly. Interestingly, archaeologists recently found evidence that one of the rebels from the Battle of New Ross in 1798 had died with one in his hands. So whilst many of his fellow warriors fought with the iron pike, this lad was using a sword that had not been seen on the battlefield in over 2’500 years, now that is pretty cool. 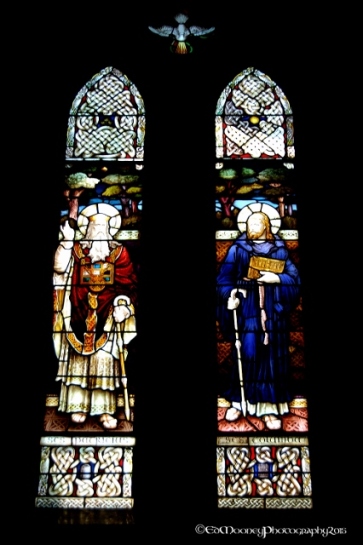 One of the most interesting items is a Sheelagh-na-gig which can be found inside the south Transept, I won’t give you the exact location as it might be fun to try and find it for yourself if you get a chance to pay a visit. The Sheelagh-na-gig is a fascinating topic, which would take far too long to go into here, perhaps I will dedicate a post to it soon. Also on display is the altar-tomb effigy of Bishop Walter Wellesley whom died 1539. The oak stalls of the Choir and Chapter are adorned with acorn and oak carvings and the high altar contains reproductions of the middle ages. The Stone baptismal font is not the original one from the Cathedral, but it does date back to the medieval period and may have come from one of the many ruined Abbeys and Churches in the vicinity. There is also a stunning organ which was built by Conacher back in 1898 which was recently restored. 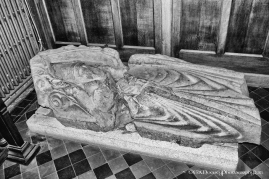 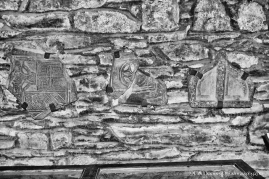 There are many gorgeous stained glass windows within the Cathedral. Most notably the one of St. Luke by Gerda Schurmann from 1974. The west window depicts three of Irelands well known saints, Brigid, Columba and Patrick although the later could be easily disputed and was I character that I would not be too fond off. The Cathedral is open to the public Mon. – Sat. 10am – 1pm & 2pm – 5pm and Sunday 2pm – 5pm.The Cathedral closes October – April. 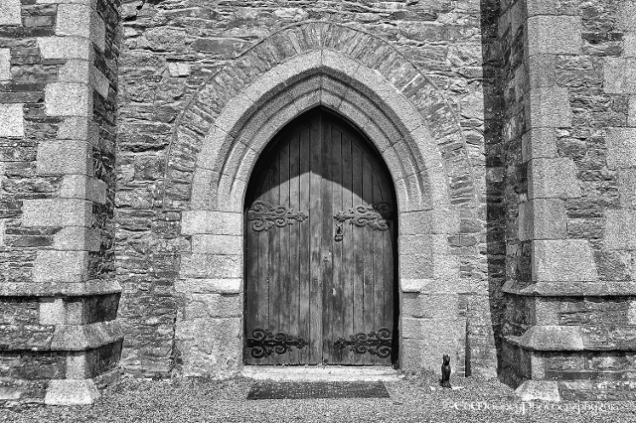 Photographer, Blogger, Ruinhunter, with an unhealthy obsession for history, mythology and the arcane.
View all posts by edmooneyphotography →
This entry was posted in Diary of a Ruinhunter, Historical, Places of Interest, Religious Sites and tagged Ancient, Cathedral, History, Ireland, Kildare, Nikon, photographer, Photography, St. Brigid, Travel. Bookmark the permalink.