Posted on April 22, 2013 by edmooneyphotography 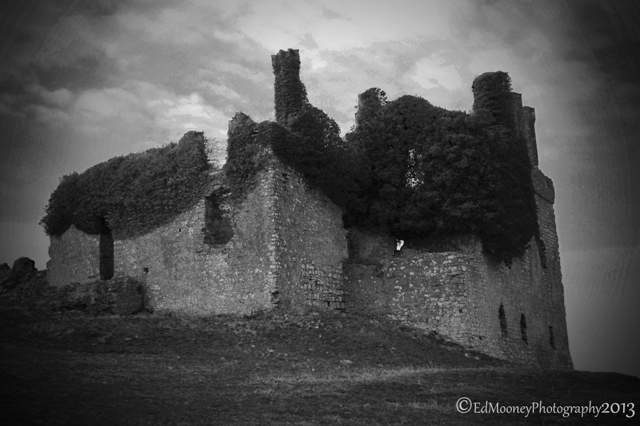 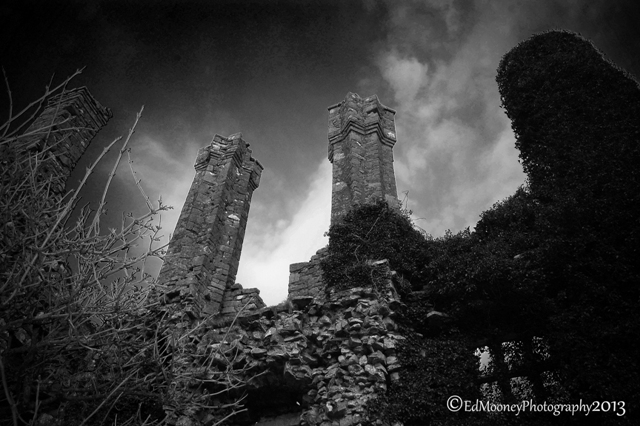 As mentioned in a previous post, I finally got the chance to explore Carbury Castle. This has been on my bucket list for almost a year now. I had attempted to locate it unsuccessfully, so I with a little help from satellite imagery I was delighted to finally track the location and spend some time here. Located on Carbury Hill, which is also sometimes referred to as Fairy Hill, is situated in Kildare close to the Offaly border. The hill was at the center of the ancient territory known as Cairbre Uí Chiardha and is believed to have been a site of human occupation and activity dating back several millennia andsteeped in Irish history from the Bronze age right through to the 1798 rebellion. The O’Ciarda where a sept of the Uí Néill clan and were believed to be direct descendants of Niall of the Nine Hostages, a 5th century King of Ireland. Carbury was named from Cairbre, Son of Niall. 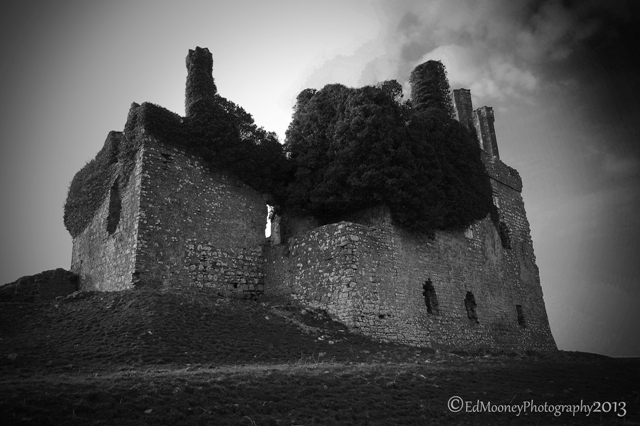 The motte on the hill was more than likely built by Meiler FitzHenry who was granted lands in the area by Strongbow after the Norman conquest of Ireland. It was later acquired by the de Berminghams in the 14th century, before being taken back by the native Irish in the 15th century. The lands then reverted back into Crown hands. 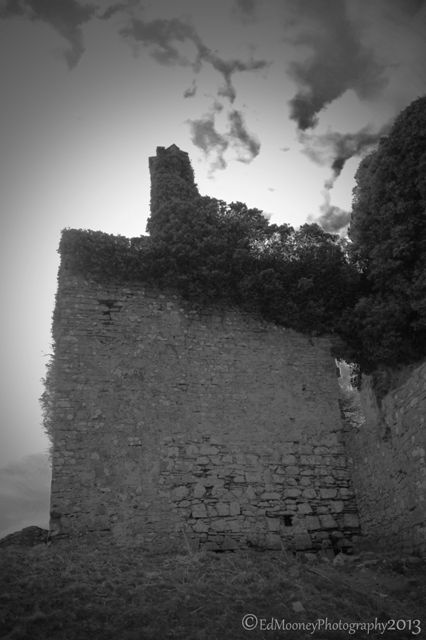 The current Queen of England, Elizabeth, has a strong personal connection to county Kildare, as some of her ancestors were from the county. One of the most noteworthy of her Kildare ancestors was Richard Colley-Wellesley who was born in Carbury Castle circa 1690. Six generations of the Queen’s Colley ancestors lived in Carbury Castle, beginning with Sir Henry Colley. He had acquired the leasehold of Carbury in 1538 during the reign of King Henry VIII. Then in 1569 he was granted the Manor of Carbury by Queen Elizabeth I. It was Henry who remodeled the Castle in the style of the Elizabethan period, and today the striking ruins of Carbury Castle can be seen on an elevated site,the extension to the east of the building included the four prominent chimney stacks and large mullioned windows.. Henry also built the Colley mortuary chapel close to his residence, and it is here where he rests with several other Colley ancestors of the Queen. 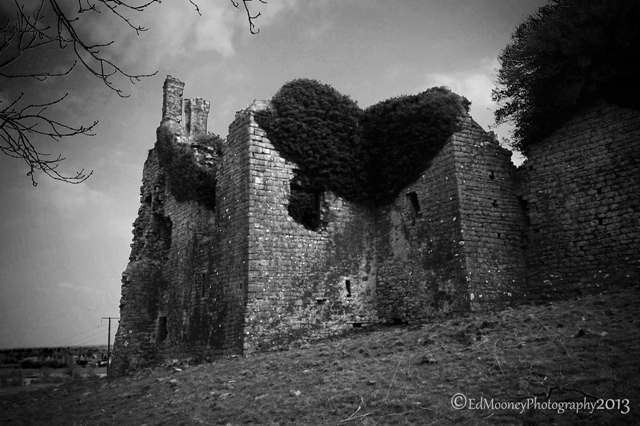 The large stronghouse they built on the hilltop in the 17th century now lies in crumbling ruin.The ruins now lie in pastoral land and the gate which leads to Carbury hill has a warning sign, ‘By Invitation Only’, so please seek permission before proceeding. On the walk up the will you can see a stunning little L shaped ruin and graveyard to the left. This is the family plot of the Colley family and contains the ruins of a small chapel and Mausoleum. 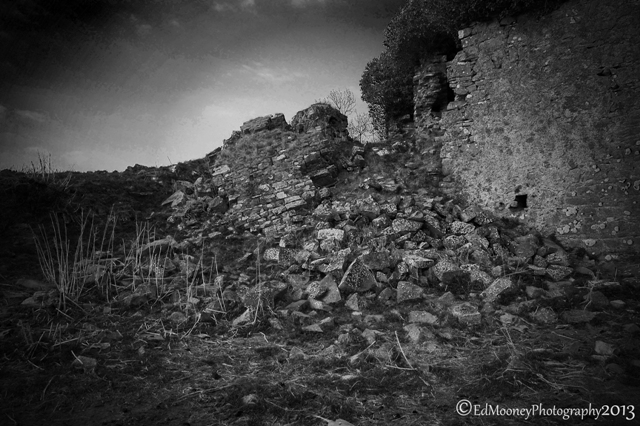 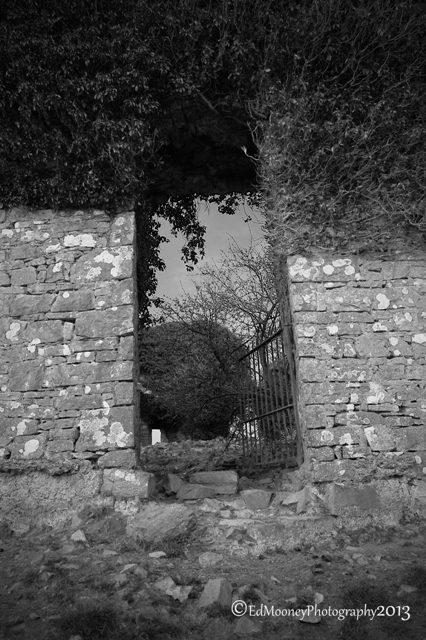 The ruins have to be seen close up to truly appreciated the actual size of the structure. Although some walls have collapsed over time, this ruin still commands a great presence over the surrounding countryside. Inside the structure the lower levels appear to have been barrel vaulted. There are no stairs remaining in the rectangle structure but it is possible to reach higher ground in areas. Pay close attention when exploring the lower level as it the vaulted roof was crumbling and may give way at any stage. 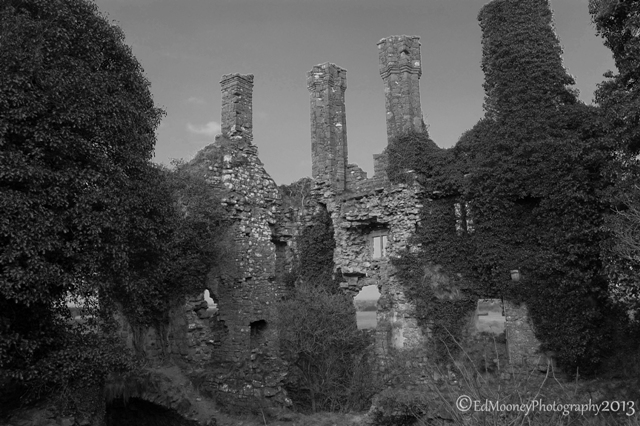 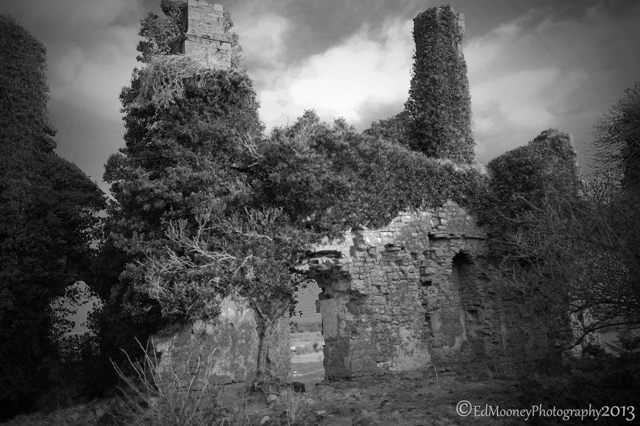 After spending a while here soaking in the history and taking some images I began to get that all to familiar feeling that I get from time to time. Sometimes it is pleasant but on this occasion it was not. I call this my spidey sense and whilst I do not always understand what it means, I will always listen to it. So I packed up my kit and said farewell. Which was probably a good idea as it was now getting late. I have heard that close by their lies a well-known as the Trinity well which is said to be the source of the river Boyne. Yet again, though I had spent most of the evening on Carbury Hill, so I was unable to locate the well. So Mausoleum.It will have to go on my ever increasing bucket list. If anyone has any information on the trinity well or knows how to get there, I would love to hear from you. 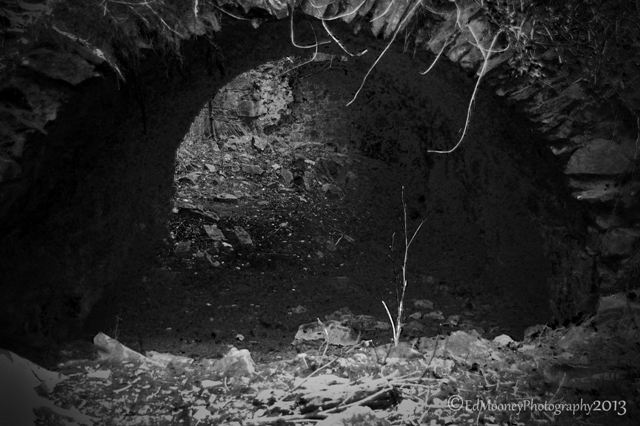 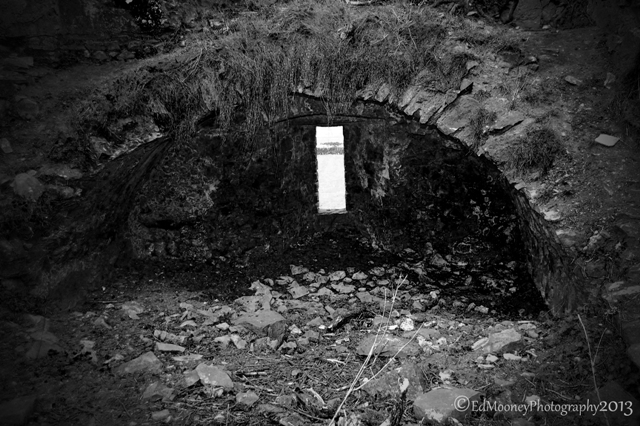 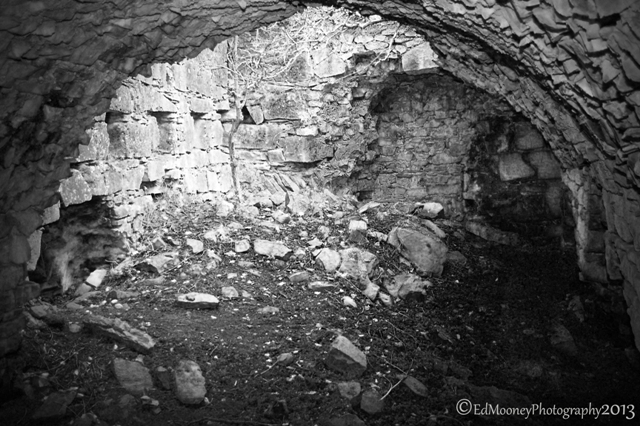 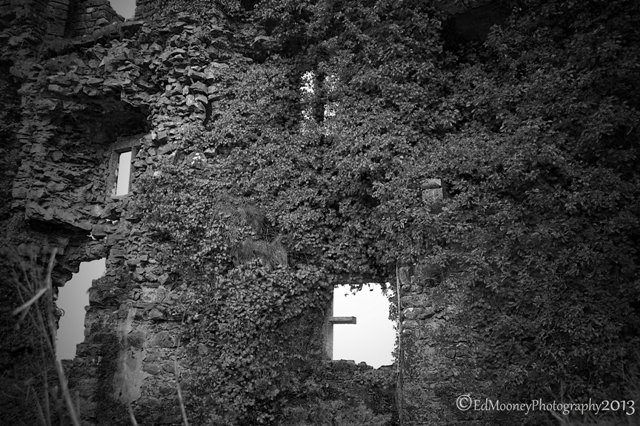 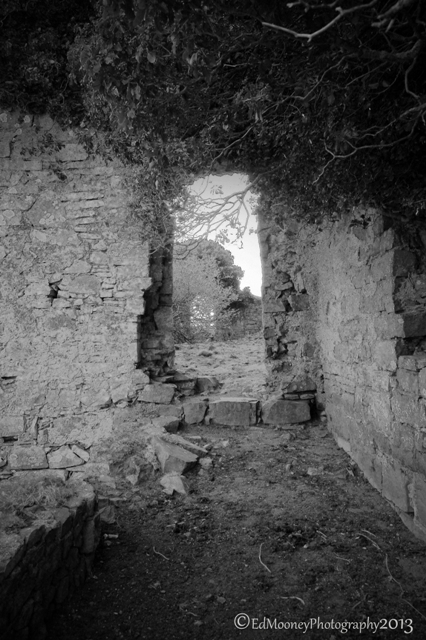 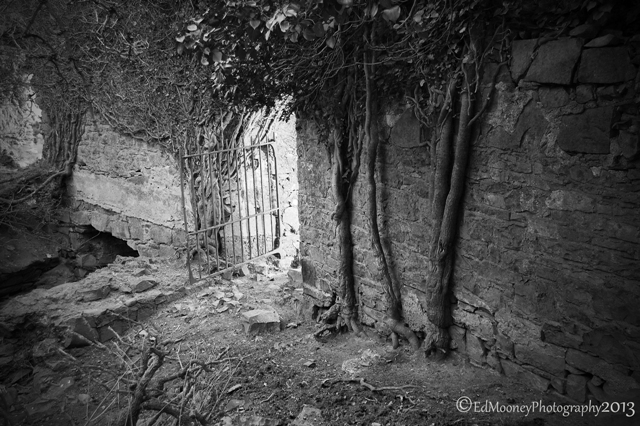 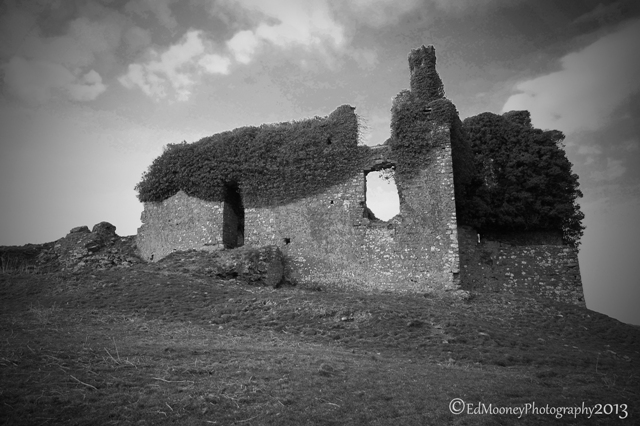