Mystery of the Well

Posted on September 14, 2015 by edmooneyphotography 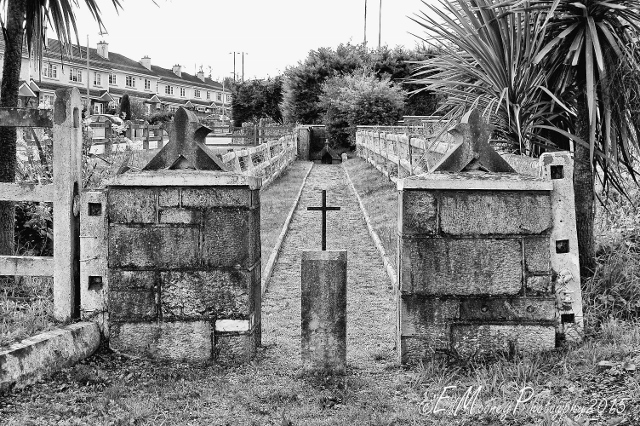 On our recent family vacation in Cork, I spotted a road sign for a Holy well on the side of the road. And never being one to pass by on a chance to find something new, I hauled the entire family off in search of the Well. Surprisingly it was well sign posted, not much hunting was required four separate sign posts, led me off the main road and up a rather step hill into what can only be described as a housing estate. And there just off the road near the summit was the Well of St. Corán. The wife has unfortunately never been keen to go exploring, but thankfully the three kids are always excited to do so. 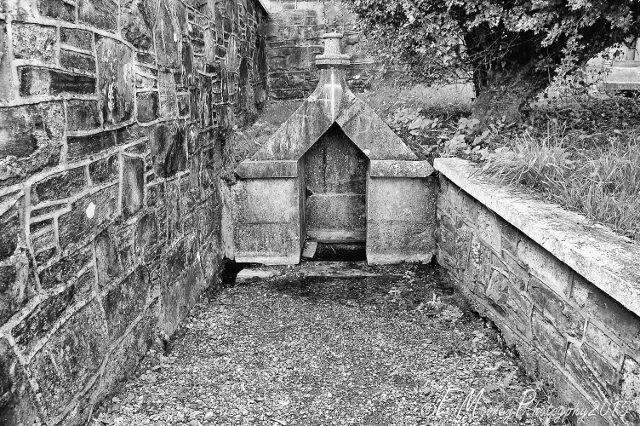 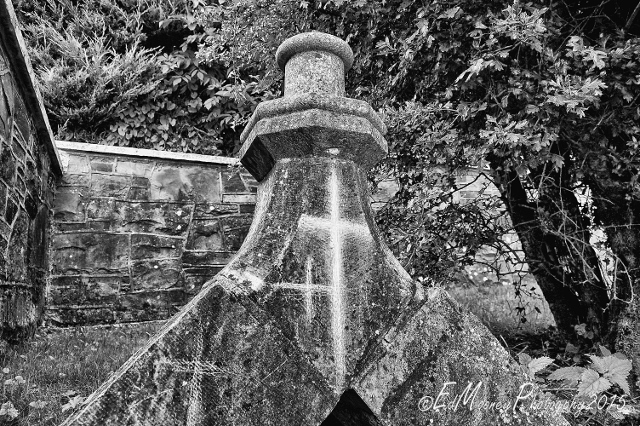 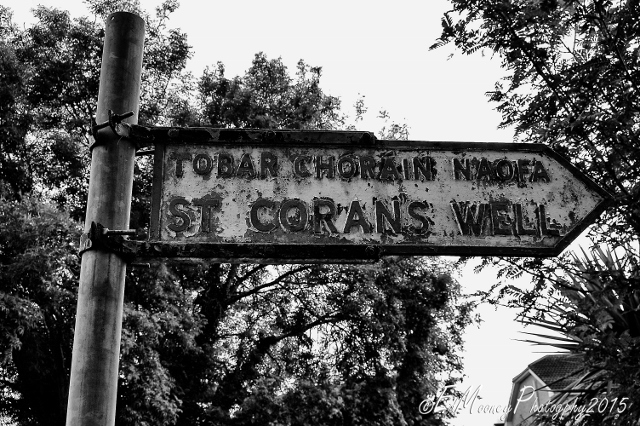 The Well itself is situated in a rather tranquil, well maintained piece of land adjacent a bunch of houses. From the Iron Cross guarded enterance, a long narrow path leads up to the actual spring which is contained within a concrete Well House. Inside the water is rather stagnant, I would not recommend drinking from this, and there are the usual coins, pins and relics that have been thrown into the water by previous visitors. 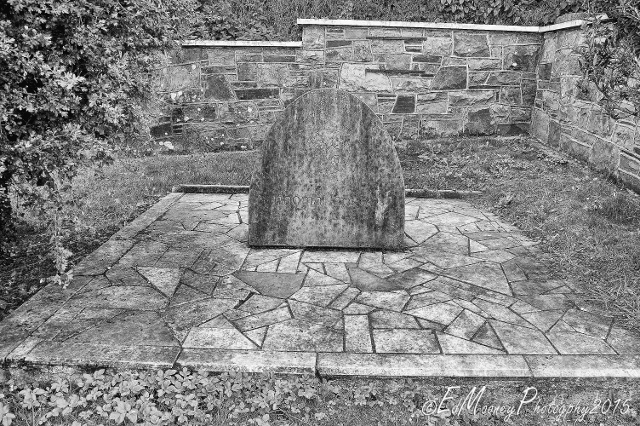 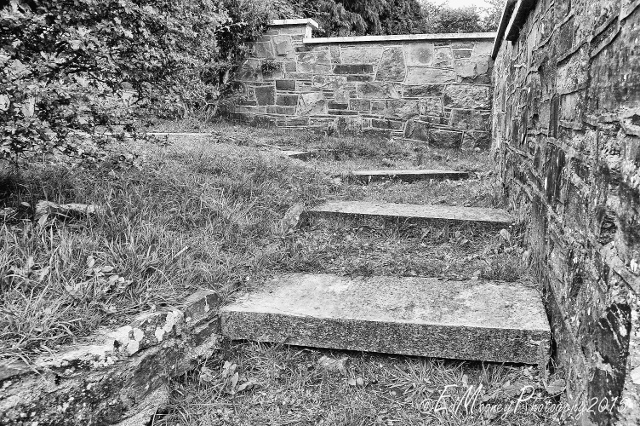 It is claimed that Ireland contains an excess of 3’000 holy wells scattered across the country. Most have been taken over by Christian association and are named after various Saints. But many of these were places of importance & ritual for our pre Christian ancestors. Many of the customs associated with holy wells, such as their healing powers can be traced back to pre-Christian times, where the ancient Deities where honoured. These natural springs were often believed to be sourced from the otherworld and  as such contained magic from this realm which could bestow certain powers on you if you drank from, or bathed in its waters. 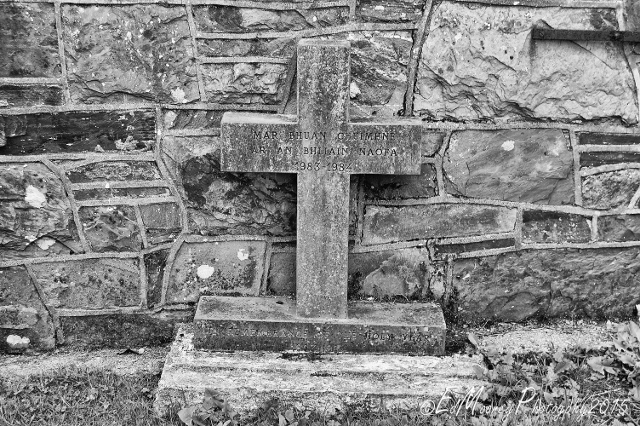 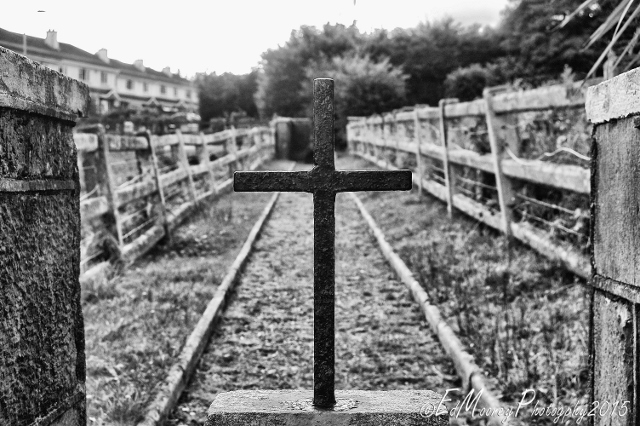 The mystery associated with this well, concerns its namesake, St. Corán. Although he is briefly mentioned on some tourist sites as being responsible for bringing Christianity to the Youghal area in the 5th century. A monastic settlement is said to have been established here and a church and graveyard once stood in an adjacent field, but the only trace of this to be found today is the Well. There is no mention of him to be found in any of the ancient texts or research sources. Corán is not even listed on the Saints of Ireland list! I wonder, perhaps he might have been one of the monks from the nearby monastery of Ardmore, and decided to bugger of to Youghal and establish his own little hermitage? So unless the name has been corrupted of the years, Corán may very well remain a mystery for me. If you can shed any light on the subject or know anything further about Corán, I would love to hear from you. Please PM me or feel free to share in the comments section below. 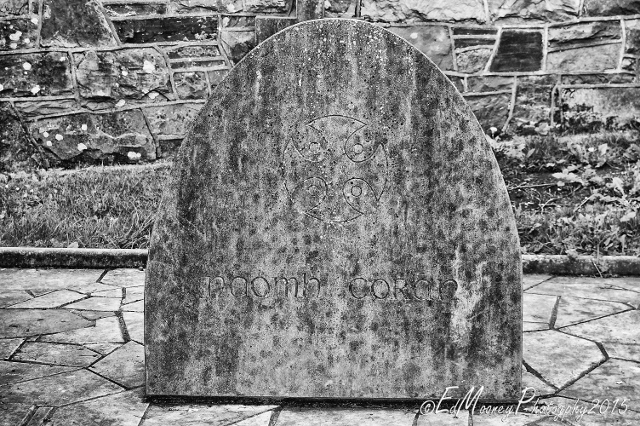 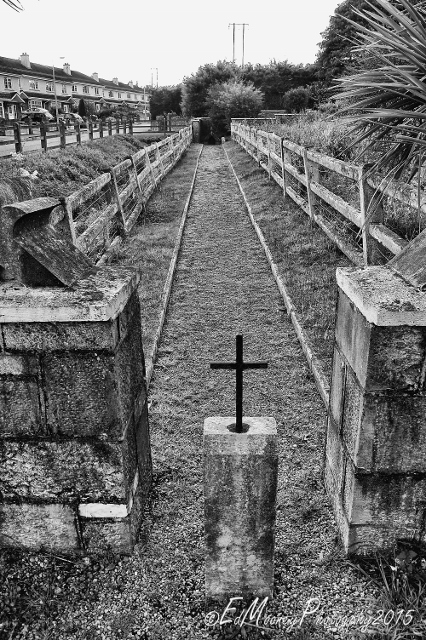 the comments section below.

49 Responses to Mystery of the Well