Posted on June 5, 2013 by edmooneyphotography

On the Edge of Tallaght village lies Saint Maelruain’s Church, and whilst not a ruin it is a stunning church and there are some very interesting items within its grounds. There is no definite date available as to when Tallaght was founded. It is believed to have been during the reign of King Donnchadh which was from 766-792. When the patron saint, St.Maelruan arrived in the area around 770, there was a small abbey in Tallaght known as Tamlactense Monasterium. Christian worship has continued on this site for over twelve hundred years since the Celtic saint, Maelruain, founded a monastery here in the 8th century. This monastery became an important centre of spiritual life where the Ceilí Dé (also known as Culdees, or the servants of God) had their headquarters The church lies on the site of an ancient monastery founded in the eight century by Maelruain. St. Maelruain died in 792 and was buried in Tallaght. In 811 the monastery was attacked and badly damaged by Viking raiders. The present church was built back in 1829 to replace an older church. 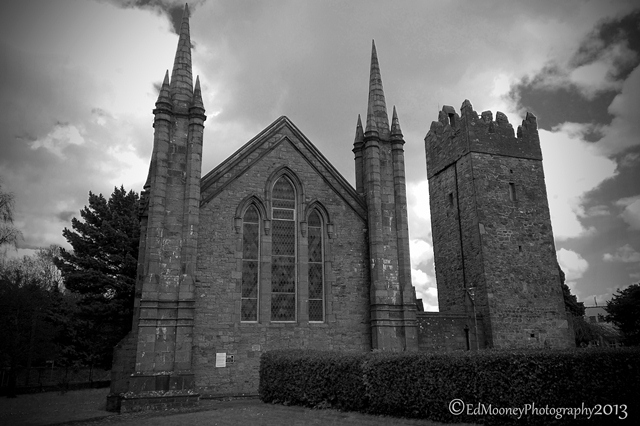 There is a Tower attached to the church which has survived and dates back to medieval times when it would have been part of the fortifications of the Pale. As previously mentioned the Pale was a boundary which separated the Crown subjects from the native Irish. Like many areas along the Pale Tallaght was often raided by the O’Toole and the O’Byrne families. The tower would have served as a watch post to warn of such attacks. Tallaght, at that time, was surrounded by a high wall. It also functions as a Bell Tower and nowadays the bell is used for special occasions such as weddings. The tower is four storeys high and has a spiral staircase. An external stairs gives access to the first floor and the spiral stairway to the floors above. The third floor has a vaulted stone ceiling above which is a flat roof and a small turret. 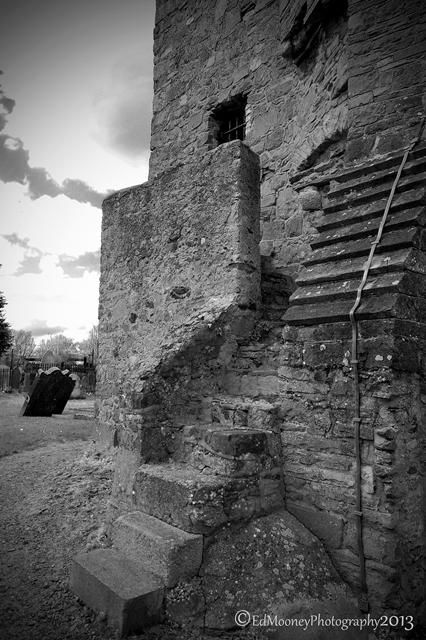 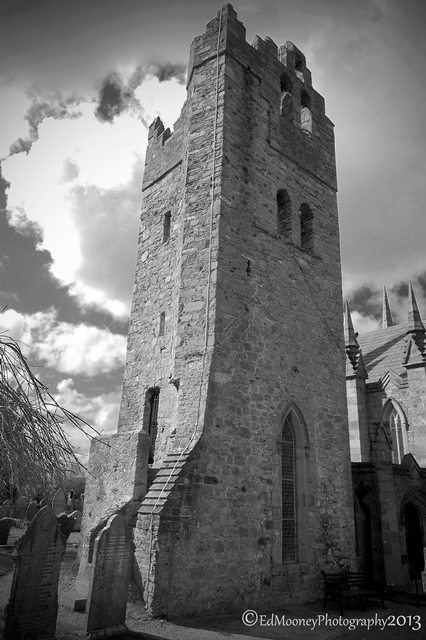 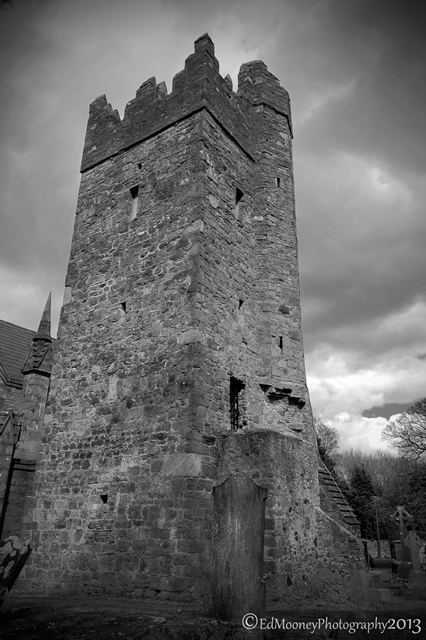 On the left inside the churchyard gate is a font called St. Maelruain’s Losset. This is a wide and shallow granite stone trough or font. Losat is an Old Irish word denoting a wooden trough used in former times for kneading bread. It is likely that the country people named it from its similarity in shape to the lossets that they used in their homes. There is supposed to have been a curse that would fall upon anyone who interfered with it. At one stage a hole was made in the bottom to let the water drain away. The man who drilled this hole is said to have had his hand wither within a year of completing this work. In 1662 the churchwardens were granted a sum of £100 in compensation for damage done by Captain Alland who had been stationed there with his troops in 1651 during the Cromwellian invasion of Ireland. He stripped the roof of the church and used the timber, slates and pews for his own house. He also gave the paving stones to pave the entrance to his kitchen and fed his horses from the font. 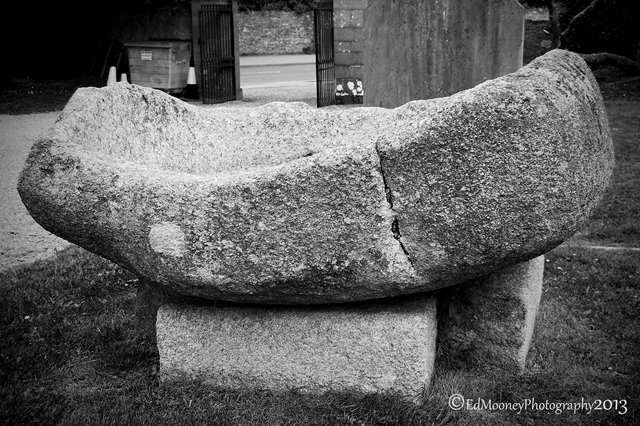 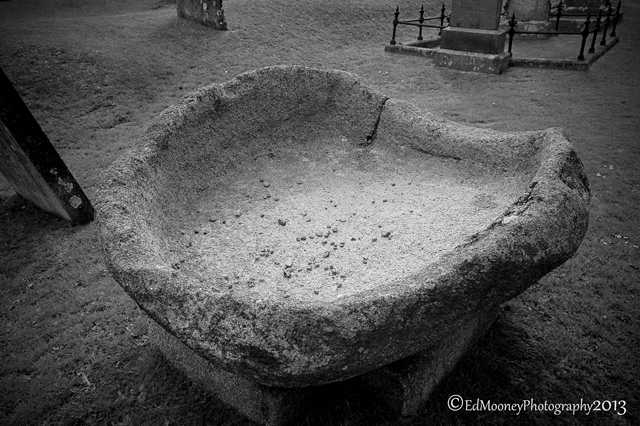 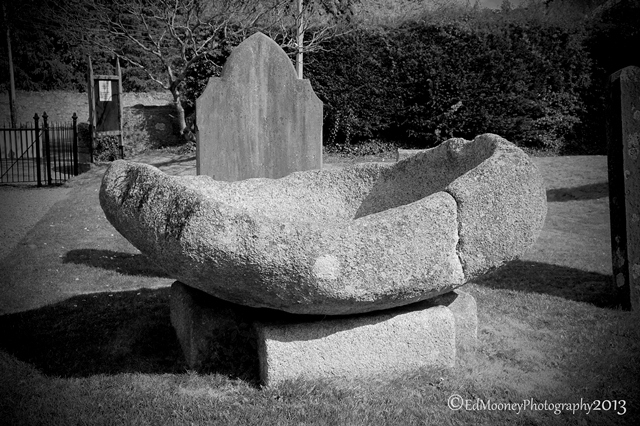 St. Maelruain’s Cross lies south of the font. It is a small ancient cross set in a pedestal which is fixed in a circular granite base resembling a mill stone. The pedestal and base were formerly known as Moll Rooney’s loaf and griddle.

There are a great many tombstones in the graveyard dating mainly from the 18th and 19th centuries, and some even from the 17th century. One of these commemorates Colonel John Talbot of Belgard who sat in the Parliament of King James II of England and took part in many important military engagements. Also to be seen in the grounds of the church is the remains of the fosse, the ancient curved bank which enclosed Maelruain’s monastery. The best view is from the car park at the rear of Smith’s Toystore. 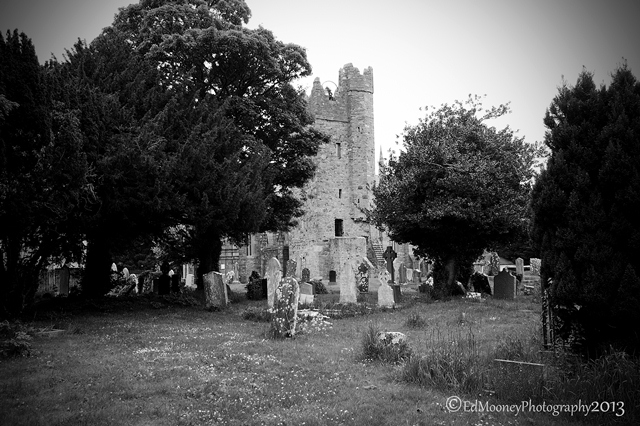