Posted on August 22, 2013 by edmooneyphotography

I came across the Abbey at Ballyboggan purely by chance after taking a wrong turn. I was actually heading along the Kildare/ Offaly border in search of a couple of De Bermingham Castles which I had missed on by last visit to the area. Out of the corner of my eye, I caught a glimpse of the graveyard through the trees and just had to stop to have a look around. Ballyboggan is situated on the Kinnegad to Edenderry Road in County Meath. Entry to the graveyard is through a roadside gate followed by a lovely tree lined pathway. At the end of the path there is wooden bench and an interesting little stone font with a sign placed on the adjacent tree to denote its use for ‘Holy Water’. From here I was delighted to see the crumbling stone ruins of the Abbey. 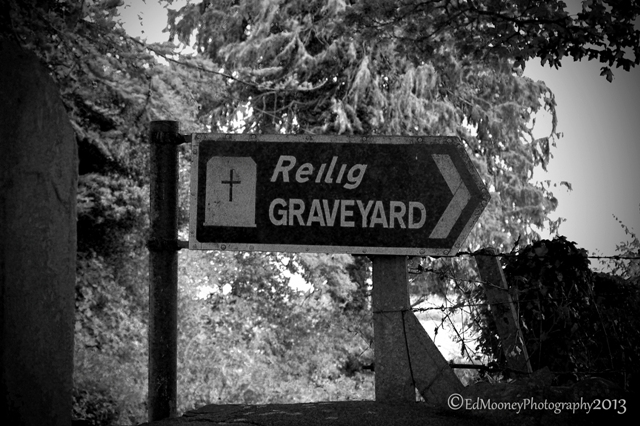 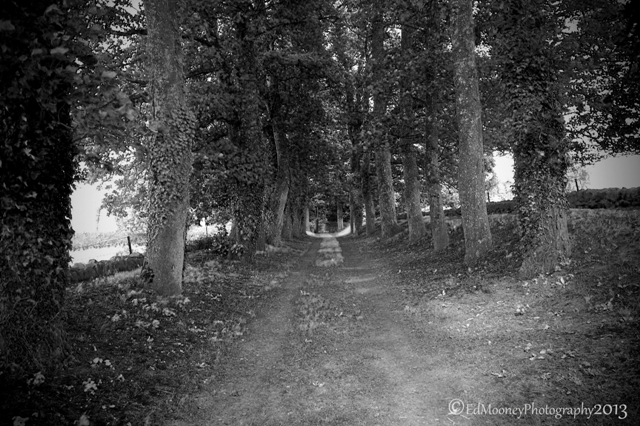 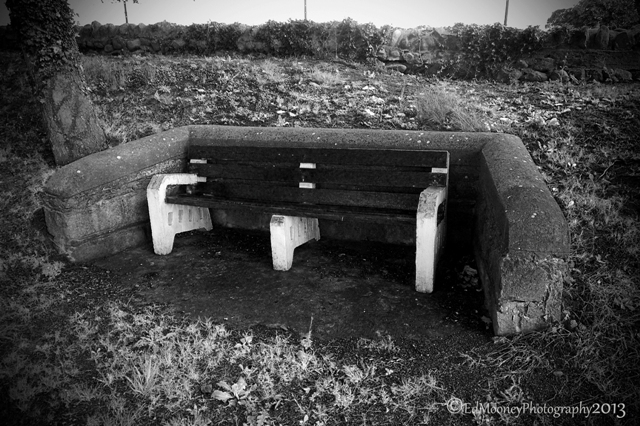 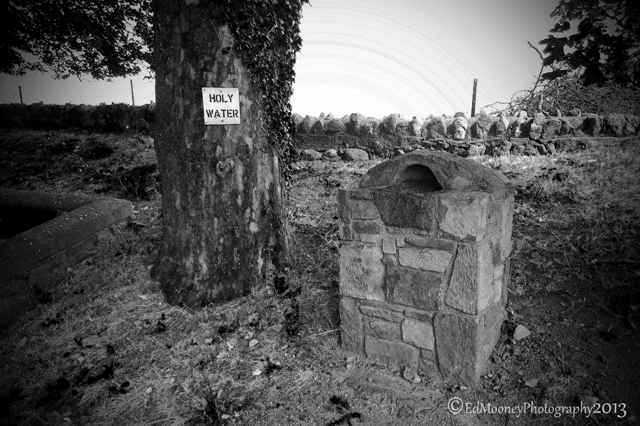 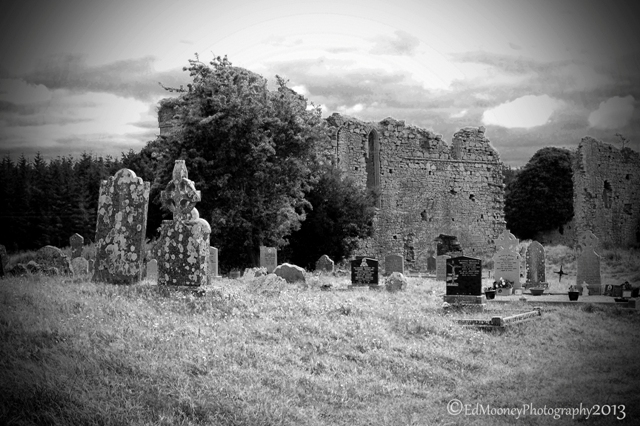 Officially known in its Heyday as The Augustinian Priory of De Laude Dei, Ballyboggan Abbey was founded here in the 12th century by an English nobleman, Jordan Comin and dedicated to the Holy trinity. The Priory is probably one of the least known of the Augustinian Abbeys in Ireland today, but is never the less well worth a visit. In 1146AD the Abbey was gutted by a fire and had to be rebuilt.  During the medieval period in Ireland, the abbey was home to a beautiful wooden cross which people came from far and wide to see. It was during this time, a very important shrine and point of pilgrimage. After Henry VIII’s suppression of Abbeys in 1538AD the Abbey was dissolved. Along with the abbey, over 5000 acres of land were taken from the local Irish clans and granted to William Bermingham, who later became Lord Carbury. You can read more about Carbury HERE. Later under Elizabeth I these lands were passed on to Edward Fitzgerald and his heirs. 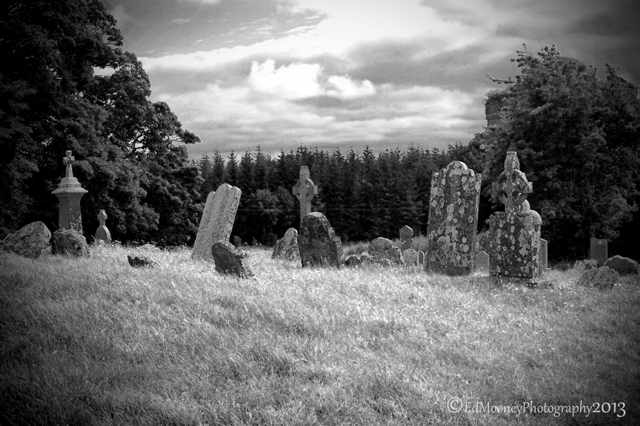 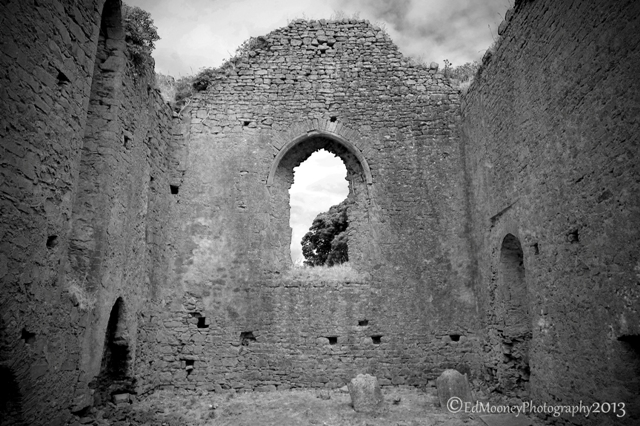 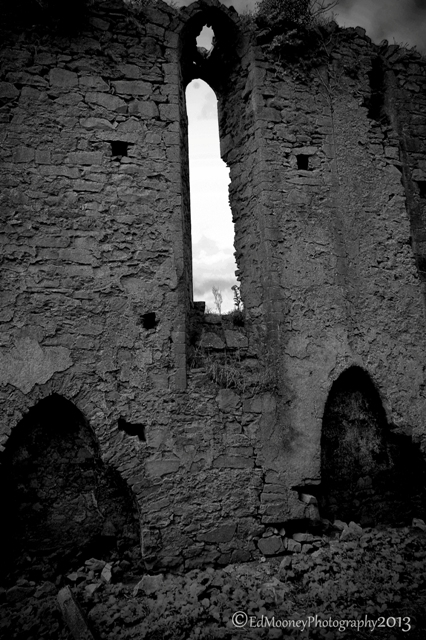 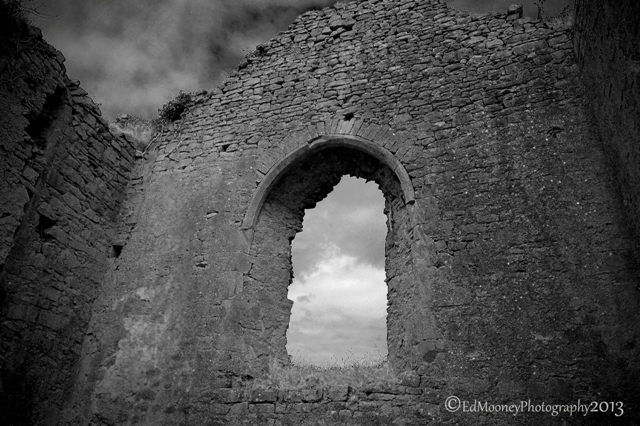 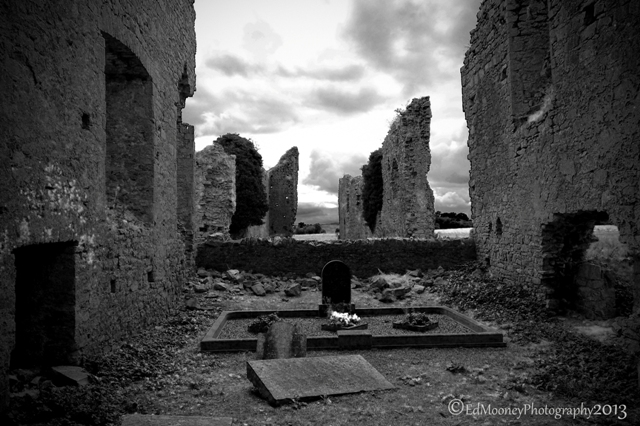 Records from the Annals of Ulster also show that in 1538, following the dissolution of the monastery, the famous wooden cross was burnt along with an image of Mary in the town of Trim. It is also recorded that in 1447, the prior of Ballyboggan was killed by the plague. The walled cemetery is nothing special but it does feature a number of interesting ancient gravestones. 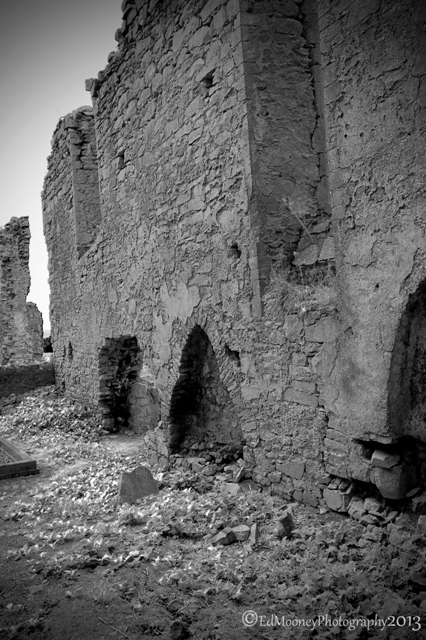 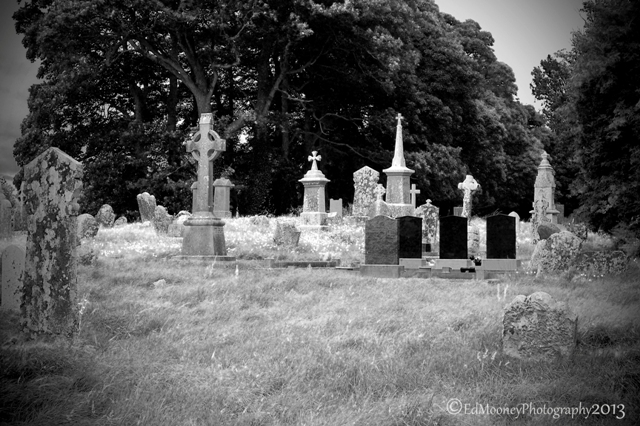 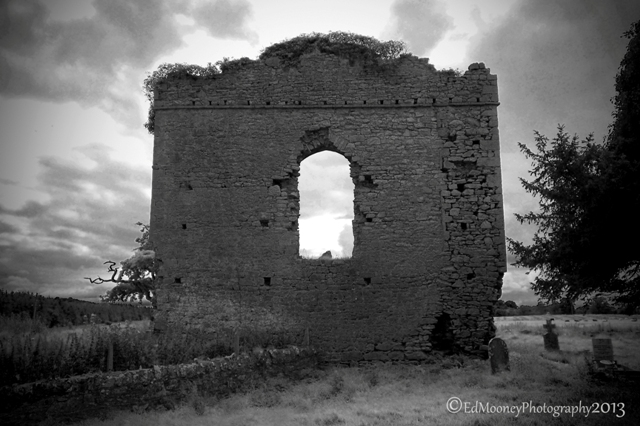 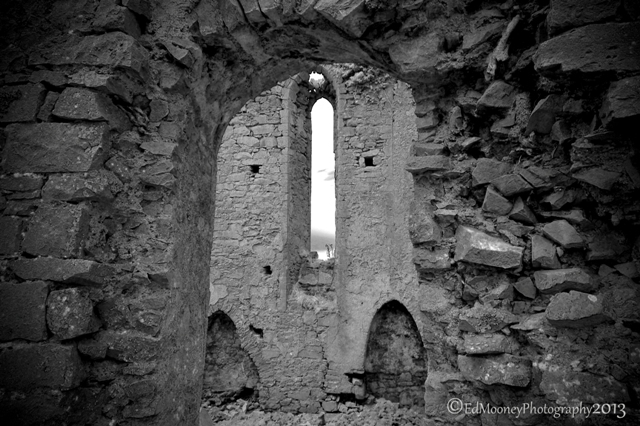 All that remains of the Abbey is a long rectangular looking nave and chancel church, which at some stage was divided in two by a boundary wall. You could easily think that this is in fact two separate buildings as a result of its current condition, but you would be wrong. Though, I would suspect that there were two protruding parts to the church, where the boundary wall now separates the structure. There are doorways in the north and south walls. The east part of the building, where the chancel was, is in better condition and has a large arched window in its gable end. There are also a number of interesting pieces of stonework to be seen. In the middle of the church, in the north wall, is a small projection, which looks like it may have housed a stairway of some description. There are traces of a south transept. At the east end of the north wall are traces of some lancet windows and some tomb niches. 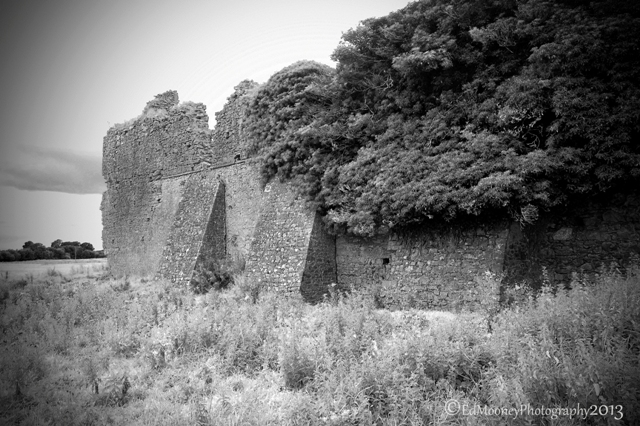 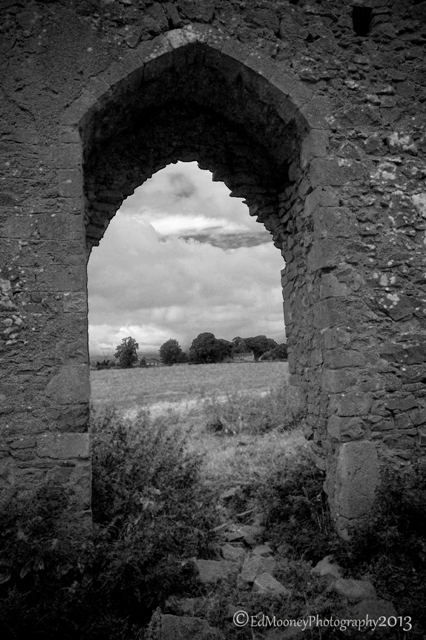 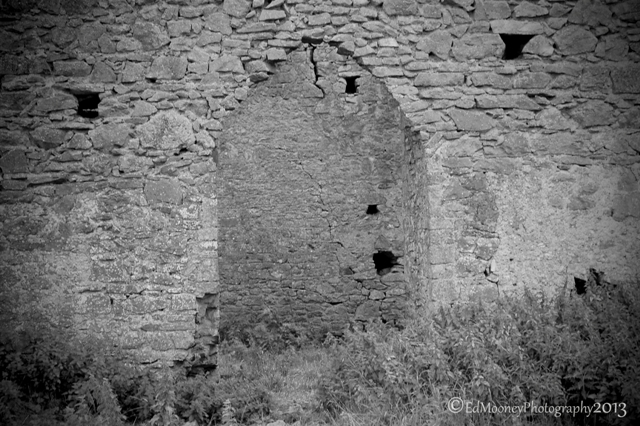 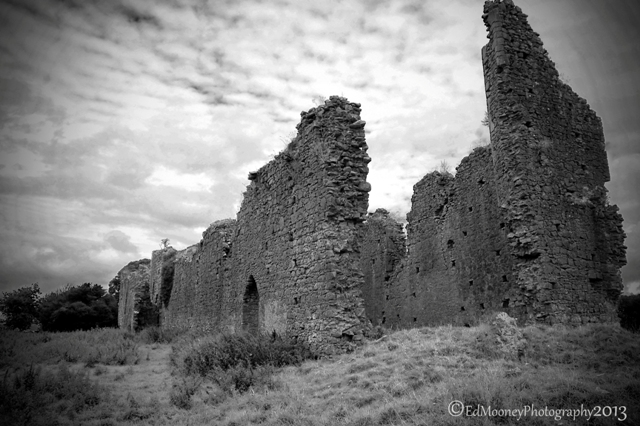 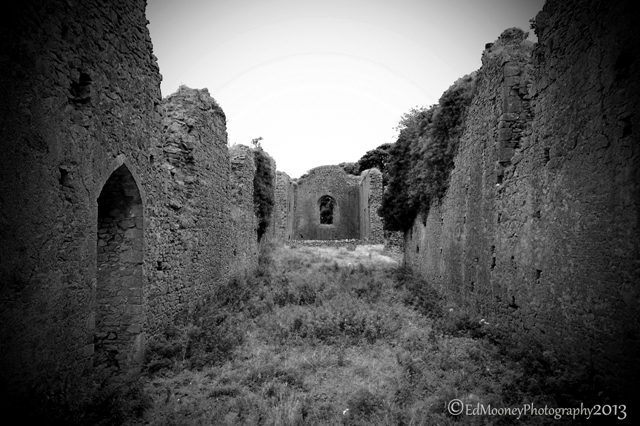 Western section now consists of almost nothing but two long walls. To access this part of the ruin you will need to climb over the boundary wall which separates the church. There is evidence of a large possibly arched window which once stood at the end of this section. At the west end in the north wall there is a pointed doorway part of which has been rebuilt. The west gable is almost totally gone. What does remain are parts of the Nave, the Chancel and the South Transept. Part of the ruin now lies in pasture lands with signs of regular cattle grazing. There are no trespassing signs though so it is quite easy to explore the area. Despite its former importance, the abbey and the surrounding grounds are set a fair distance from the road and have a nice tranquil presence, despite the fact that the site has been clearly abandoned. 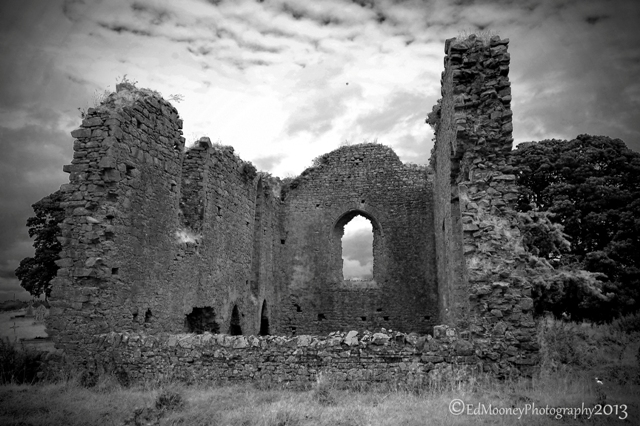 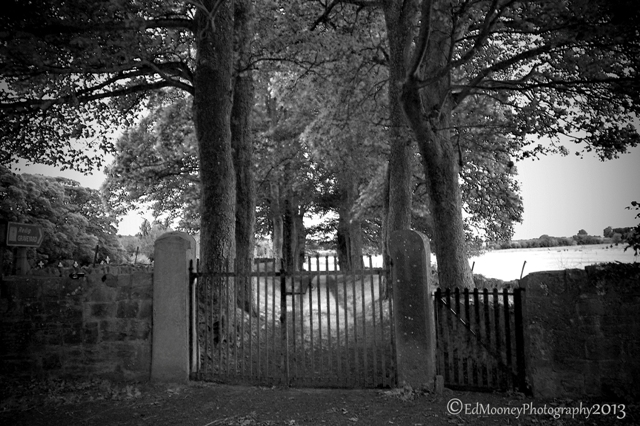 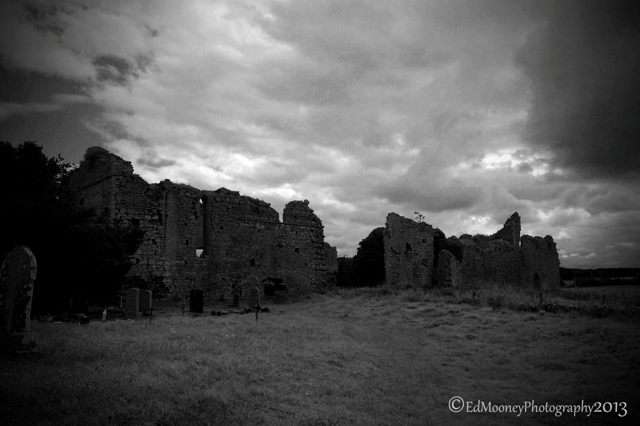 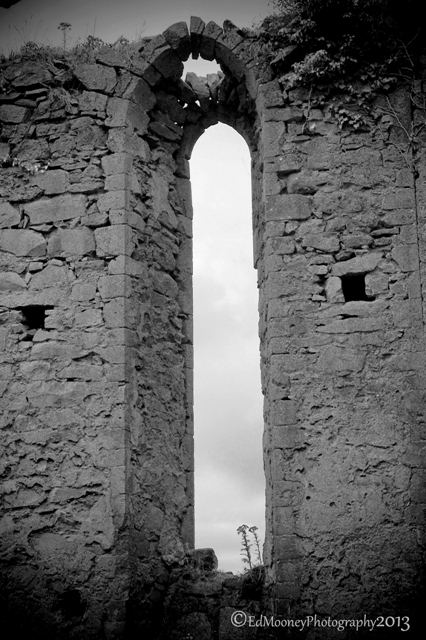 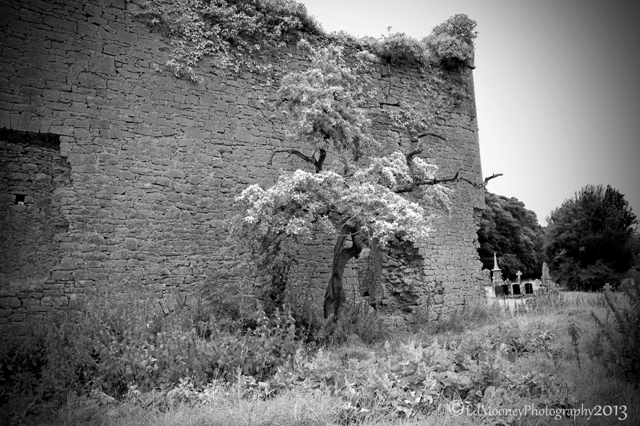