Posted on September 20, 2013 by edmooneyphotography

Yet another stronghold built by the De Bermingham’s can be found in the area of Kinnefad or in Gaelic as Ceann – Átha Fada which translates to ‘head of the ford’. There were many De Bermingham castles and a couple of churches or monasteries to be found in the Kildare-Offaly area as well as in Galway and Dublin. There are a number of castles and a monastery still in existence in the Kildare and Offaly area, some of which I have posted previously. Carbury Castle and Teampall Do-Ath , Grange Castle,  Mac Feorais Castle and Carrick Church are in County Kildare, while Blundell Castle, Kinnefad Castle, and Monasterois Monastery are in County Offaly. 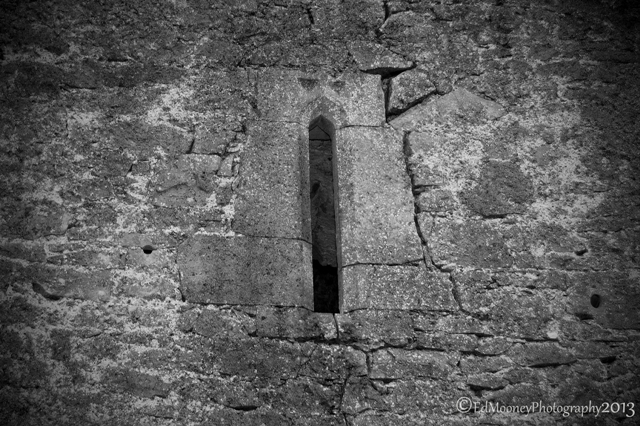 In Galway there is Athenry Castle and Monastery, Dunmore Castle and Bermingham House which was the seat of the last Baron of Athenry and Earl of Louth, Thomas Bermingham until his death in 1799. Finally in Meath I recently discovered the Priory of De Laude Dei which although not built be the De Birmingham’s it did come under their control along with 5000 acres of land, after Henry VIII’s suppression of Abbeys in 1538AD. 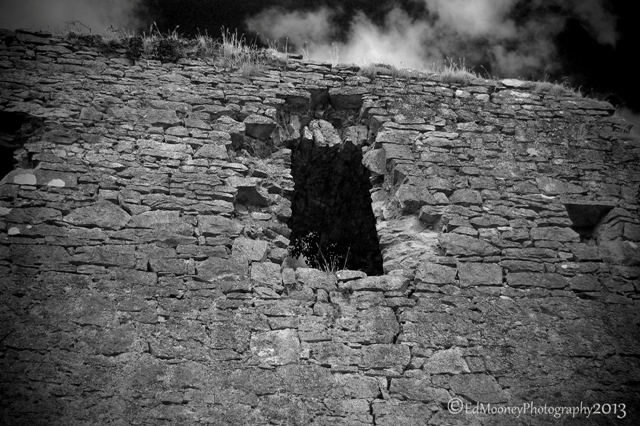 Kinnefad Castle can be found standing on the banks of the River Boyne, just outside Edenderry on the Offaly-Kildare border. The Castle is believed to date back to the 14th century and like many others it has sadly become a crumbling ruin. It is a typical example of a square tower house which unlike it neighbour at Carbury, was built for strength not comfort.  It measures approx 12 X 15 meters. Although the entire east wall is missing, the remaining three external walls are in considerably good condition. On approach you will notice a council sign warning of falling debris, so caution is advised. 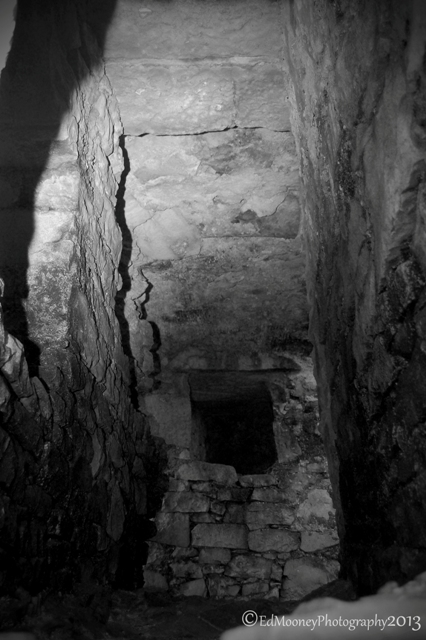 There is a grand view of the internal remains of the castle, with signs of what was once a stone spiral staircase in the south-east corner and a very sturdy looking vaulted ceiling, which is probably the only reason that the rest of the Castle is still standing. I also noticed a corridor running along the southern wall and if I had been feeling a bit more adventurous, I might have attempted to make the climb to explore further. In hindsight though, im glad I didn’t as I would hate to be responsible for any further erosion or damage to the structure. This corridor also contains a garderobe. 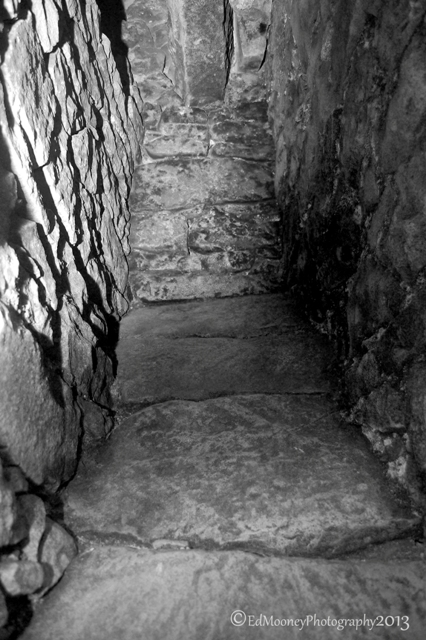 There are also a few narrow windows to be found with its walls. This castle was definitely built for defensive purposes with local stories of the castle being the site of many a fierce battle. The east wall which contained the main entrance is said to have collapsed in 1916AD. An agent of a Lord Downshire was said to have come into possession of some interesting artefacts which were dug up at Kinnefad. These included a number of sword blades and spear heads which have since been donated to the University at Cambridge. There is really little else of interest on this castle to be found unfortunately. But nevertheless it is still well worthy of a visit if you are in the area.